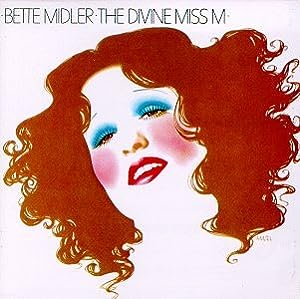 Cover of The Divine Miss M

Mister D: I remember the Larry King appearance and I was so disappointed…not in Bette, but with the Gay Left who wouldn’t shut up because she didn’t have a pat answer and wanted to think a little more about it before making a statement. Nothing wrong, in my opinion, with being thoughtful. Anyway, the turnout couldn’t have been any better. So to all the naysayers, just shut up, when it comes to Bette, the lady likes to think!

BETTE MIDLER seems to have made an about-face on the issue of gay marriage â€” in support of the matter.

It may come as a surprise to her legions of gay fans that The Divine Miss M originally balked at speaking out in favor of marriage equality. In a 2003 interview with Larry King, he asked her to go on the record about the issue, but her response seemed terribly tepid: â€œI donâ€™t know,â€ she stammered. â€œI donâ€™t want to offend anybody. I like everyone; I want everyone to be happy. I just donâ€™t know what it means.â€

Granted, she got her start by singing in bathhouses (with Barry Manilow playing piano!), so itâ€™s understandable if that tarnished her views of gay monogamy.

Nevertheless, she has changed her tune. The famously political Midler still says she doesnâ€™t want to get involved (â€œTo tell you the truth, Iâ€™m not on the front lines,â€ she said), but she voiced her support of the issue.

7 thoughts on “Bette In Favor Of Gay Marriage So Shut Up Already!”