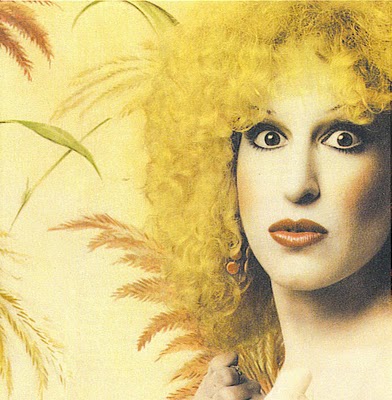 Mister D: Brad writes in to tell us that one of Australia’s most respected Interviewers is moving on from the show he has hosted for a number of years and named his 5 favourite interviews. Ta-dah…Bette is listed as one of those interviewees among Barack Obama, Margaret Thatcher, Mikhail Gorbachev, and Nelson Mandela. Not bad company to be in, huh? Here’s what he had to say about Bette:

Bette Midler in 2005
“What really surprised me was how seriously intelligent and well-informed she was. She and I just sat down and chatted and we must have been talking for about 20 minutes. We did the interview … then at the end of the interview, we talked again for another 20 minutes. Not often but very, very occasionally, you strike a moment when you’d really like to say to some person, ‘While you’re here, why don’t I organise a dinner for a few interesting Australians that I think you might like to meet?’ I’ve never done it because I just feel – and it’s probably a silly fear – that they’re going to say no and then you’ll feel a fool for asking.”

Here is the link for the full article: Click Here

Thanks so much Brad!!!