News Sentinel
A springtime quiz on trees and flowers
March 23, 2015 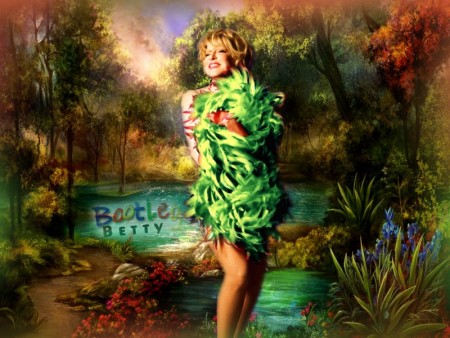 Deb from Garrett sent an email after the last quiz, and it made me think of the flowers that bloom in the spring (tra la) and led to this quiz, which is about flowers and trees and spring. Debâ€™s question leads off. Five points for each correct answer, as usual. You ought to get 80 this time.

1. If April showers bring May flowers, what do Mayflowers bring?

2. In what play are the lines, â€œA rose by any other name would smell as sweetâ€?

4. What poet created this lovely picture in one of his poems, â€œA host of golden daffodilsâ€?

5. For whom did Walt Whitman write the elegy, â€œWhen lilacs last in the dooryard bloomâ€™dâ€?

6. What flower blooms in Flanders Field, according to the poem of the same name?

7. An old tune, but everyone knows â€œTiptoe Through the Tulips.â€ Who made it famous back in radio days?

8. In what Gilbert and Sullivan light opera does the following appear: â€œThe flowers that bloom in the spring, tra laâ€?

9. â€œRoses are red, violets are blueâ€ is a familiar line, but itâ€™s wrong. What color really are violets?

13. It was a big hit for Bette Midler in the film modeled after the life of Janis Joplin.

14. A delightful film starring Sidney Poitier with his character building a chapel for some nuns was (blank). Fill in the blank.

15. Daniel Boone chose this tree to make a canoe from its light, buoyant wood to transport his family to the western frontier. It has large yellow and orange flowers in May and June. Name the tree.

16. In what country did the War of the Roses for the throne take place?

17. â€œWhere have all the (blank) gone?â€ asked Pete Seeger in his call for peace, a song Peter, Paul and Mary also cherished. Fill in the blank.

19. Itâ€™s the wonderful song from a film of the same name starring Jack Lemmon and Lee Remick about a married couple with a drinking problem. The name of this film, please.

20. It was used in â€œDead Poetâ€™s Society,â€ starring Robin Williams, and he used it to introduce his students to the poet Robert Herrick. Complete the line. â€œGather ye rosebuds (blank) (blank) (blank).â€ Fill in the blanks.

Bonus (worth 5 points): Name the country with â€œTulip maniaâ€ that imported these flowers from the Ottoman Empire.

And an extra bonus: Name the artist who painted those glorious irises.