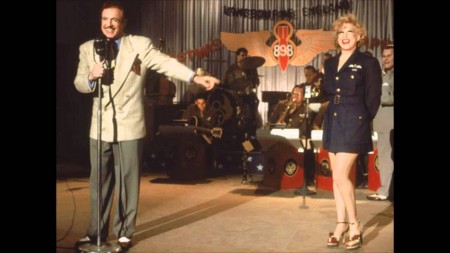 Caan doesn’t consider his last film, “For the Boys” a bad judgment call, although the film, in which he played a comedian partnered withÂ Midler, was a huge flop.

“The marketing was … They (20th Century Fox) sold it as a Bette Midler musical. There’s a picture in there that nobody’s ever going toÂ see.”

Caan’s opinion of his co-star is equally low.

“Bette’s full of… She’s extremely stupid,” Caan said. “Barry Diller (then Fox’s top executive) isn’t very far behind her. Her intention is to be a producer but she couldn’t build a chair. If you’re going to be a builder, you build the outhouse first You don’t start with San Simeon.”

So much for the kinder, gentler Caan, whose temperament, insiders say, contributed to his nose-dive of a career.

“Kinder and gentler? Never,” Caan said, grinning again. “I always was a mystery man. I never hang out with actors. I take my careerÂ much too seriously and most actors are ridiculous.”