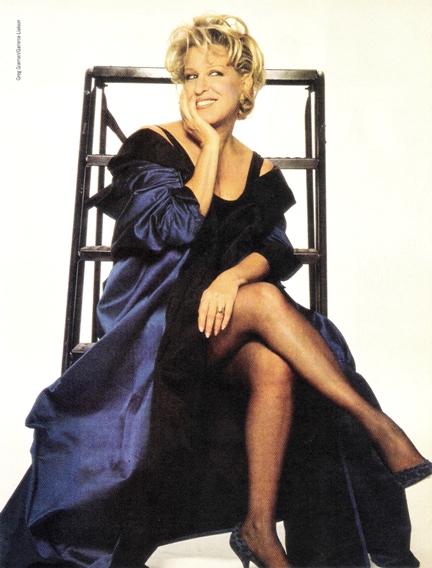 NEW YORK (AP) â€” Broadway and screen star Bette Midler has given the Museum of the City of New York 11 gowns and one coat that once belonged to Marian Anderson.

The museum says the gowns were bought for the museum by Midler, “a patron whose historical and theatrical conscience provided the incentive for the purchase at auction.”

Anderson, renowned African American singer, wore the garments at concerts from the 1930s through the early 1950s. The museum says of them: “Spanning three decades and evidencing a preference for gilt lame, their sumptuous simplicity echoes the timeless perfection and richnessÂ of Miss Anderson’s contralto (regarded by many as the voice of the century).”

The gowns will be displayed at a gala on Feb. 3 at the City College of New York to redcdicate an auditorium to the Marian Anderson Theater.

Hillary Rodham Clinton will serve as honorary chairperson for the gala, which will feature performances by opera stars Jessye Norman andÂ Martina Arroyo, poet Maya Angleou and the Dance Theater of Harlem, among others.

The special display of the gowns, in the lobby is a tribute to Anderson was “the single stipulation of Ms. Midler’s generous offer-of-gift,” according to the museum.

After the gala, the gowns will go on show at the museum as part of the institution’s theater collection.