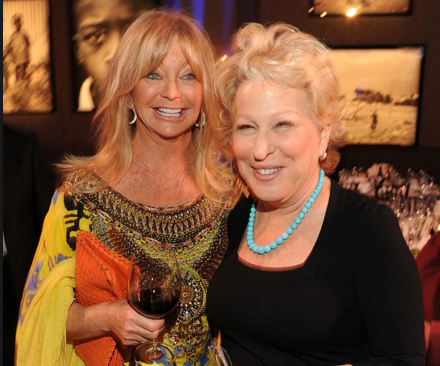 Will Britain ’s “ Absolutely Fabulous” TV show – now wildly popular in the United States – be made into a movie starring Bette Midler and Goldie Hawn? (Bette would play the Jennifer Sauders role of Edina, Goldie would take on Joanna Lumley’s Patsy.)

The answer is – maybe. Bette and Goldie are not uninterested in this absolutely fabulous idea, but there’s many a slip twixt the concept
and names on the dotted line.