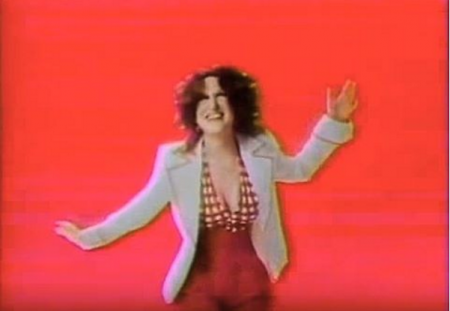 Jackie Gleason was drawing laughs from stage – hands and musicians at a most unfunny hour of the morning. Watching him, Gary Smith said American television needed other stars to treat it with the respect the Great One brings to the medium.

Gleason flew the Atlantic for the first time to guest star in a Julie Andrews Special. It was his first guest appearance in a generation of television.

It was also his first time on a Smith and Hemion show. Gary Smith and Dwight Hemion, honored with Emmy s and othe r awards, have attractedÂ stars to Britain since they were lured from the United State s by Sir Lew Grade of ATV to head his Specials program.

Of cours e Sir Lew’s checkbook helped–though he paled when Miss Streisand demanded they repeat a scene for the 20th time because she didn’t like a highligh t o n he r cheek!–but stars also have bankable reputations to protect and they feel more secure with a creative team whose judgment they respect.

“We’ve brought a style to variety performance and most artists seek us out because of it,” Smith said. “We like to think we’ve found a way of making a variety show warm and literate, of giving it a point of view. And we do this by drawin g ou r themes from the talents of the stars themselves.

“For example with John Wayne, Glen Campbell and Burl Ives on a show we gave it a vaguely western feel–Wayne talking about the old frontier to a young boy and some of the numbers ecolving from that.”

That basi c approac h may seem obvious but it’s amazing how many directors and producers still go for the old get-in-front-ofthe-camera-and-do-your speciality routine . But ther e is mor e to Smith than glasses, a thick brown mustache, a well covered thatc h and a 67-year background of top TV shows at age 39.

He was an award-winning designer before he turned to larger things and can brilliantly create the settin g fo r whateve r theme he chooses for his star. And he ha s some thoughts on why television isn’t better.

“Younger stars don’t like TV,” he said, “and it’s difficult to get them to do a show. Neil Diamond won’t appear. Bette Midler isn’t anxious. You can stretch the list a long way.

” I don’t blame them. The average person in show business looks upon television as purely commercial, insignificant, tasteless. It doesn’t have status in their eyes.” ‘