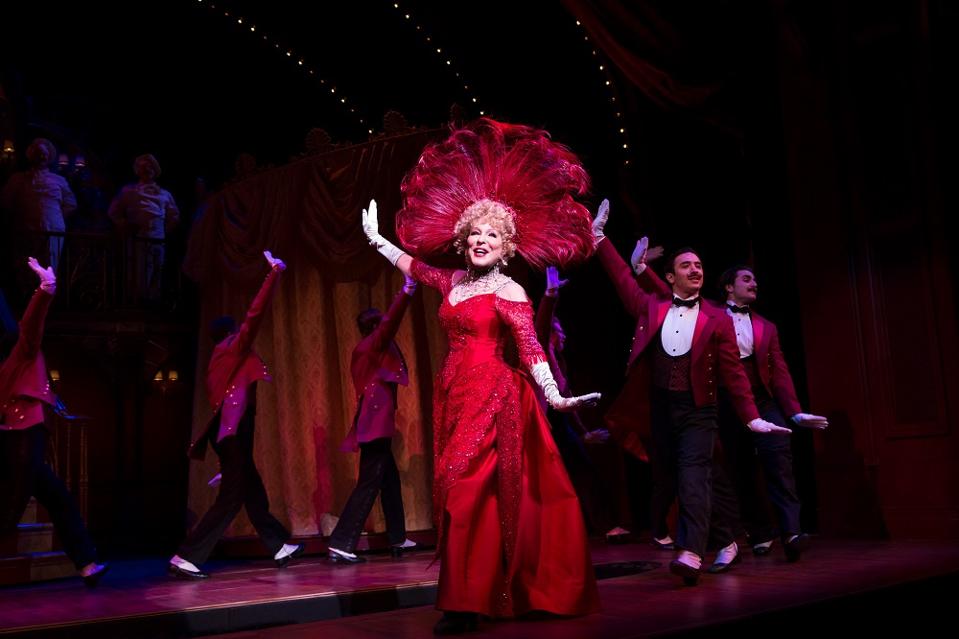 Her revival of Hello, Dolly! grossed an impressive $1.67 million off just six performances this week. The show has a massive advance of over $40 million already, and the average seat will cost you $194 – the second-most expensive on Broadway, behind Hamilton.

Sara Bareilles is also causing waves as she prepares to take over the lead role in Waitress from Tony winner Jessie Mueller. As Mueller played her final full week, fans flocked and Waitress’s box office leaped above the $1 million threshold for the first time since New Year‘s. Given the sizable advance Bareilles has racked up, expect Waitress’s numbers to stay high through an otherwise brutal awards season.

And it will be brutal. Eighteen shows, both plays and musicals, will have opened in March and April. Only a handful will stay open through June.

This week alone, 13 shows grossed over $1 million. Broadway’s consumer base is somewhat fixed – attendance has hovered just above 13 million the last two seasons, and with a flat average ticket price of $103. The numbers are still robust and are useful talking points for those arguing against arts funding reduction, but they do highlight Broadway’s current ceiling.

Some shows break conventions – namely Hamilton, which had another $3 million week – but most shows fall within the constraints of supply and demand: there are only so many seats in a given theater, and only so many people are willing to pay top dollar to sit in them.

We are currently approaching that ceiling for the non-holiday season. Easter will bring a massive boost in two weeks, after which it’ll be a bloody free-for-all as new shows compete for the same limited pockets, and existing ones double-down on their fanbases and wait for the summer tourists to come calling.

So far, a few shows are standing out. Anastasia, which grossed an excellent $629,000 its first four performances, has an advance big enough to extend ticket sales through 2018 already (the produce have yet to confirm an exact number). Come From Away keeps creeping up ($941,000 this week), and fall holdovers Dear Evan Hansen and Natasha, Pierre & The Great Comet continue to sit comfortably in the $1 Million Club.

Others are still question marks. Charlie And The Chocolate Factory was a bomb in London, but new director Jack O’Brien has revamped it for New York with new star Christian Borle. Bandstand is the latest from Papermill Playhouse, which developed both this season’s hit A Bronx Tale ($867,000 this week) and 2015’s disastrous Honeymoon in Vegas.

War Paint has grossed about 70% of its potential each week since beginning previews, while Amelie has declined from 75% to 60% over the same time span. Groundhog Day, in its first full week since a unique first preview, took just over half. Buzz is good for the London transfer, but it won’t be enough for Punxsutawney Phil if it doesn’t translate into sales soon.

Plays are getting the short shrift. Only two (The Price and Present Laughter) have big stars to anchor them – The Price is taking about three-quarters of its gross potential, but Present Laughter is below half, despite Kevin Kline’s charm. The rest are stagnant. The Glass Menagerie, though igniting excellent conversation about disabilities on stage, is proving more divisive than enticing. The Play That Goes Wrong has a solid advance (and is, for my money, the funniest show of the season), but it’s still only taking about half its gross potential.