Looks like fans of the original “First Wives Club” will not be getting an Elise Eliot, Brenda Morelli Cushman and Annie MacDuggan Paradis reunion after all.

The “Snatched” star was on Andy Cohen’s “Watch What Happens Live” Thursday where she revealed that the movie was a no-go.

“It didn’t work out.” Hawn said. “The script was flawed and no one was able to really fix it, and everybody decided to let it go.”

The actress was quick to note that this is not an uncommon occurrence in Hollywood and this happens to “lots and lots of movies.”

Cohen said it would be extremely disappointing if the three ladies got back together for a film that was crappy. 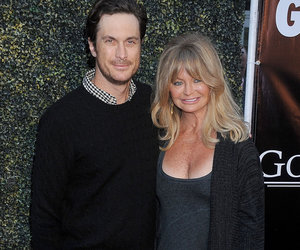 Hawn agreed: “Better not to do it. If you can’t make it better than the original movie, then you don’t want to do it. What’s the point!”

In the Netflix film “Divanation,” the trio were going to play a former singing group who reunites for a tour after splitting 30 years earlier.

A spokesperson for Netflix has not yet returned TooFab’s request for comment.