t’s no secret that Bette Midler has a big mouth, and in the best way. The 71-year-old Oscar- nominated actress and Grammy-winning singer has made a career shouting from rooftops—she quite literally played Tzeitel in Fiddler on the Roof on Broadway in the 1960s, and is currently starring in the Broadway revival of Hello, Dolly!, which gained her a Best Actress nomination at Sunday night’s Tony Awards.

But beyond the stage and screen, Midler has found another platform to exercise her voice: Twitter. Since joining in 2010, she’s gained a following of over 1 million, and has taken jabs at everyone from Kim Kardashian to Justin Bieber, which often make headlines for their chutzpah.

Her most frequent target these days, though, is Donald Trump, and she beats around no bushes when it comes to politics, taking on every subject in the news with cutting commentary, even with respect to “covfefe.” Trump and Midler’s Twitter war began way before he ran for president, however. Back in 2012, she accused him of “ruining New York,” and made fun of his hair. Unsurprisingly, Trump then took the low road, calling her ugly, disgusting, grotesque, and irrelevant. The fact that we didn’t see this as a warning sign five years later is our own fault.

While @BetteMidler is an extremely unattractive woman, I refuse to say that because I always insist on being politically correct.

When she’s not throwing shade a celebrities and politicians, Midler is being her usual hilarious self, posting Internet-friendly Hocos Pocus memes and making references to her favorite Beyoncé songs. Below, a look at her best work.

Bette Midler may have had the best “covfefe” joke on the Internet. 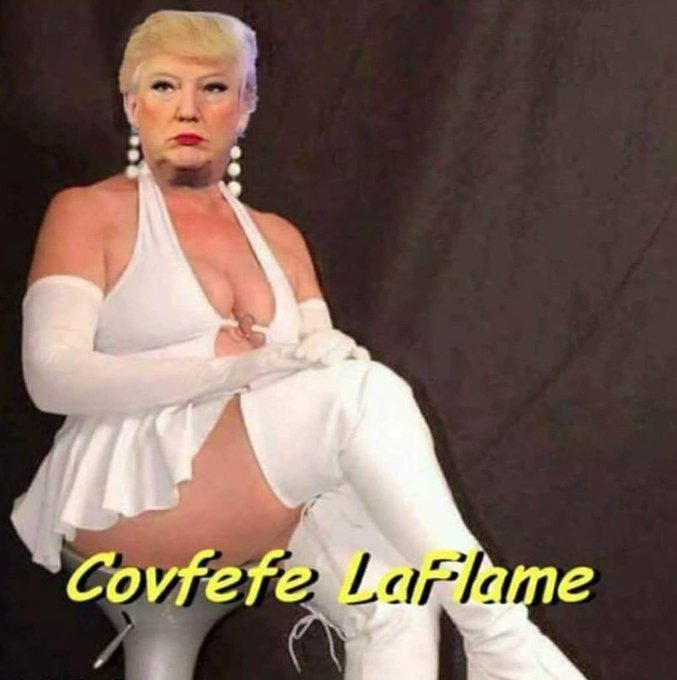 A recent graduate of Trump University, Covfefe is working at a strip club in Bayonne NJ, but hopes to get her real estate license soon.

She’s got something (hilarious) to say though regarding just about every political topic.

When she’s not taking down Trump, she’s making jabs at Kim Kardashian.

Kim Kardashian tweeted a nude selfie today. If Kim wants us to see a part of her we’ve never seen,
she’s gonna have to swallow the camera.

She’s also really got it out for Justin Bieber.

Justin Bieber Instagrammed a picture of his butt. Or, as I like to put it, “Big ass posts pic of small ass.”

Schwarzenegger is playing the Terminator again at the age of 67! I’m so inspired I’m throwing my hat in the ring to play Wonder Woman!

Which is maybe why she wants to be a member of Taylor Swift’s squad? We thought she’d be more Team Katy Perry.

At the end of the day though, she’s just giving the people what they want: a good Hocus Pocus meme. 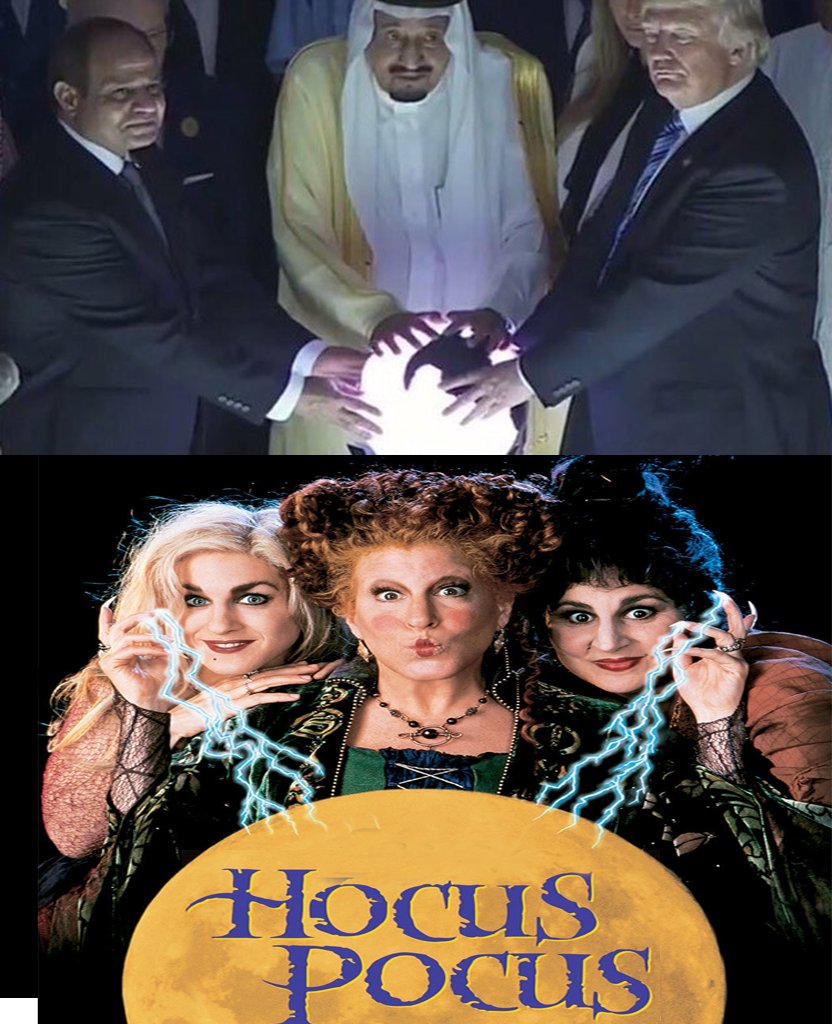 I thought that picture of Trump in Saudi Arabia with the glowing orb looked familiar. Then I realized…

Honest to God, I’d make a better President than this guy, and I’m about clueless! At least I’d have the good sense not to blab to the enemy!

One thought on “Bette Midler Has the Best Twitter, Complete with Trump Jokes, Kardashian Jabs and Hocus Pocus Memes”