News Radio
Artists React To Doug Jones Victory In Alabama
December 13, 2017 at 9:24 am
By Robyn Collins

When Democrat Doug Jones was declared the winner of the Alabama special election at around 10:30 EST last night (Dec. 12), many musicians took to social media to express their joy and support.

“Congratulations Alabama,” wrote P!nk. “One small step in the right direction for all of us. ???? our voices are being heard.”

Jones squeaked by his opponent Republican Roy Moore who was accused of sexual misconduct with underage girls.

The historically conservative state of Alabama has been represented in the Senate by Republicans for the last 25 years. The seat was left vacant when Jeff Sessions accepted the role of Attorney General.  Jones’ victory brings the balance of power in the Senate even closer with 51 Republicans and 49 Democrats.

Despite the official determination that Jones is the new Senator of Alabama, Moore has yet to concede to his opponent, reports, CNN. “When the vote is this close … it’s not over,” he told supporters.

Check out some of the best reactions below.

Congratulations Alabama. One small step in the right direction for all of us.

our voices are being heard

I love you Alabama! 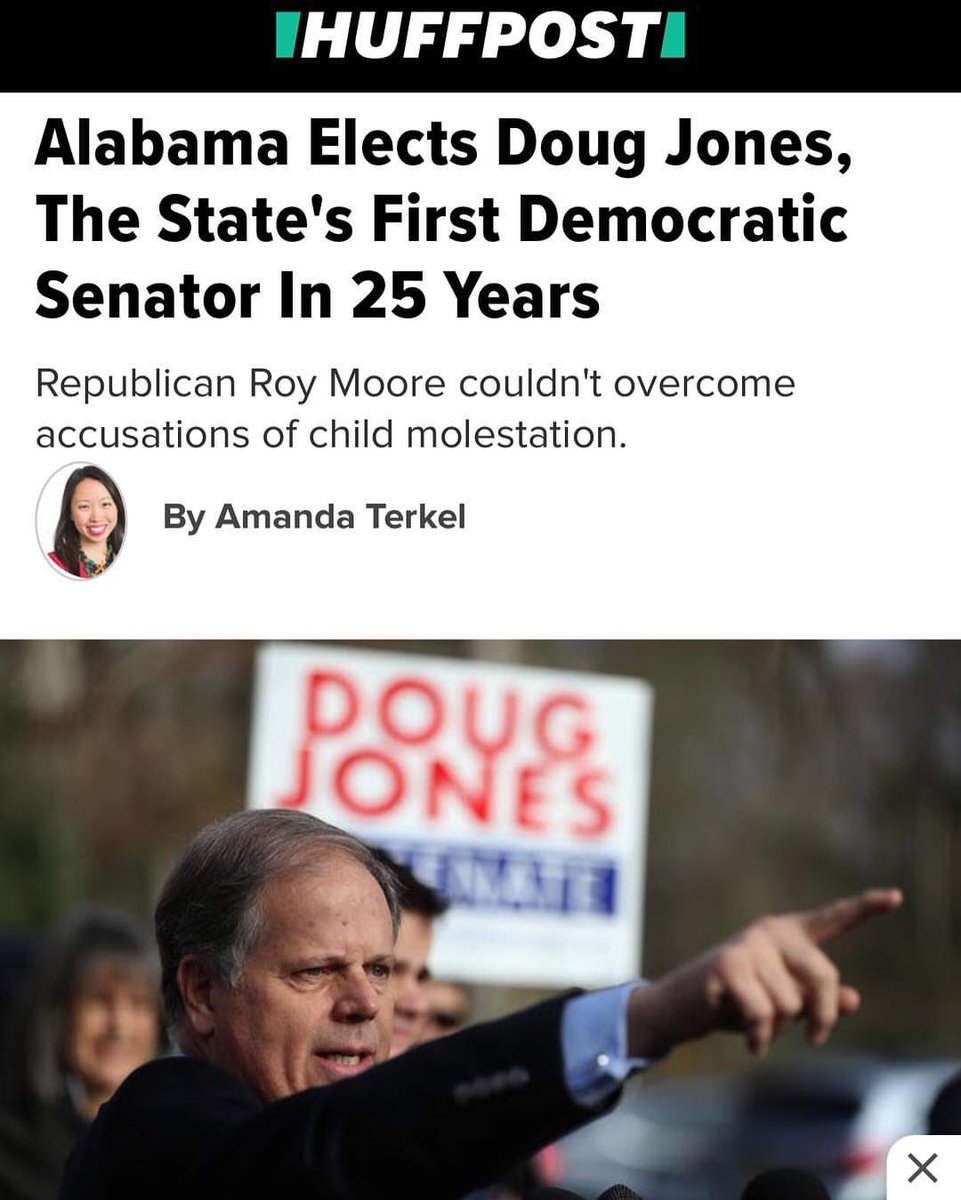 Proud of my neighbors in Ala.
Power to the People!!!! Right on to the Real.#USorELSE

#DougJones has won the Alabama Senate seat vacated by #JeffSessions. I believe he will bring not just honor and pride to all the good citizens of Alabama, but a way forward to the decent jobs, education, and economy everyone wants.