You might’ve heard that U.S. President Donald Trump was recently added to Disney World’s Hall of Presidents attraction in its Orlando, Florida theme park. Naturally, folks on Twitter started mocking the Trump Hall of Presidents statue shortly after its unveiling, both because the statue looks terrifying and because the man it represents is so hideous in his own ways.

The Hall of Presidents is a darkened auditorium featuring animatronic robot-statues of all 44 former U.S. Presidents. Each one delivers a brief speech taken from their real-life orations.

Every four to eight years, Disney shuts down the attraction to install a new robot for whoever gets elected. Disney shut it down on Jan. 17, 2017 in order to refurbish the other robots and install the Trump Hall of Presidents statue. The Hall re-opened on Dec. 19, 2017 to much delight and mockery.

To be fair, almost none of the statues in the Hall of Presidents look like their real-life counterparts. For all their animation wizardry, the staff at Walt Disney world are merely human, so the statues all look better viewed from a distance in the dark.

Trump personally recorded his speech for the robot — just as all sitting presidents have since 1990 — but his speech is far more eloquent than his usual blather.

#Disney unveiled animatronic Trump at Hall of Presidents. They had to use an old pair of hands from one of the “It’s a Small World” kids.

Beloved gay icon, singer Bette Midler, mocked the Trump Hall of Presidents statue, placing her comment among the 15 funniest we found on Twitter.

Here are the best Twitter comments on the Trump Hall of Presidents statue:

The more I see of Disney’s ‘Hall of Presidents’ Trump, the more I’m convinced they made a Hillary one first and had to redo it 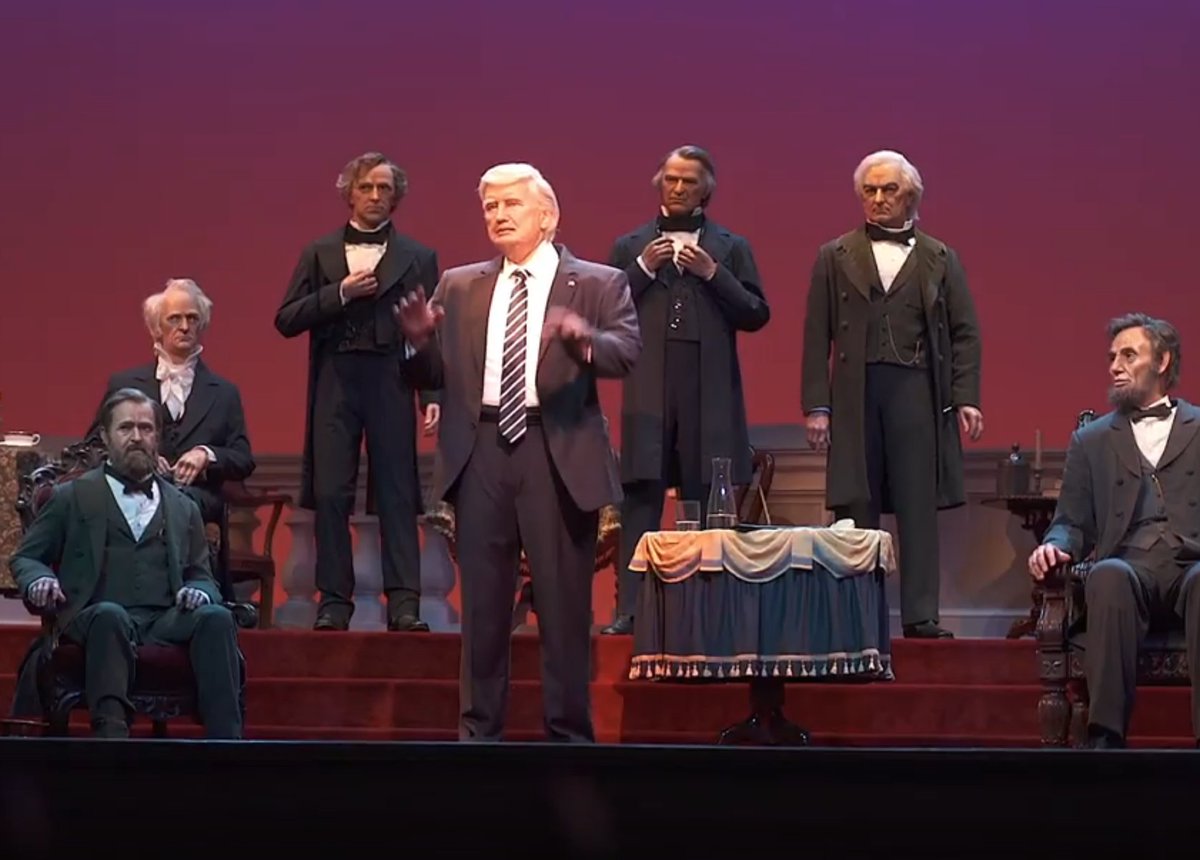 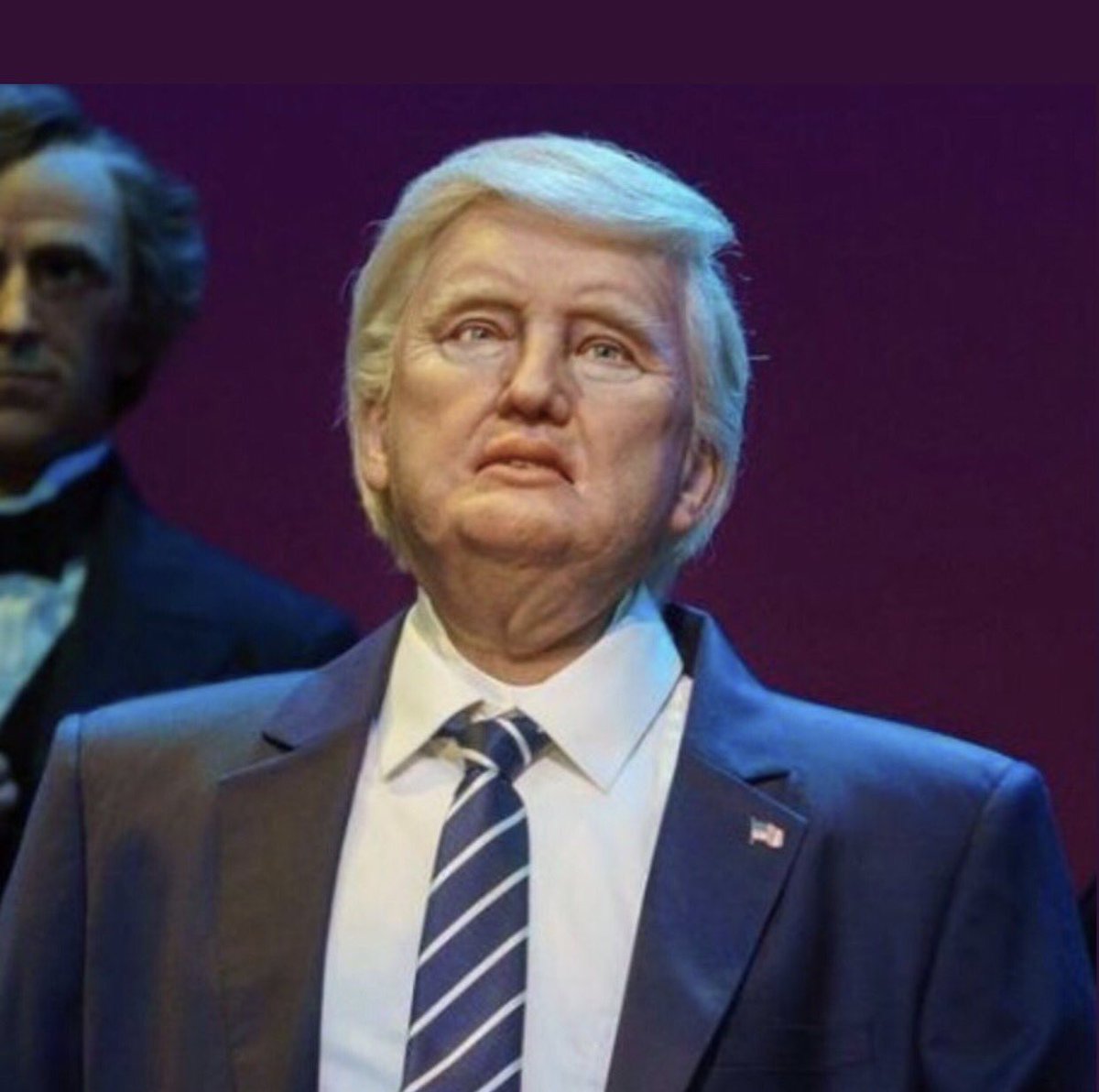 Disney World has added Donald Trump to the Hall of Presidents, which means it’s now the “Hall of Presidents plus that one illiterate racist traitor who briefly and illegally occupied the office before being impeached and imprisoned for treason” 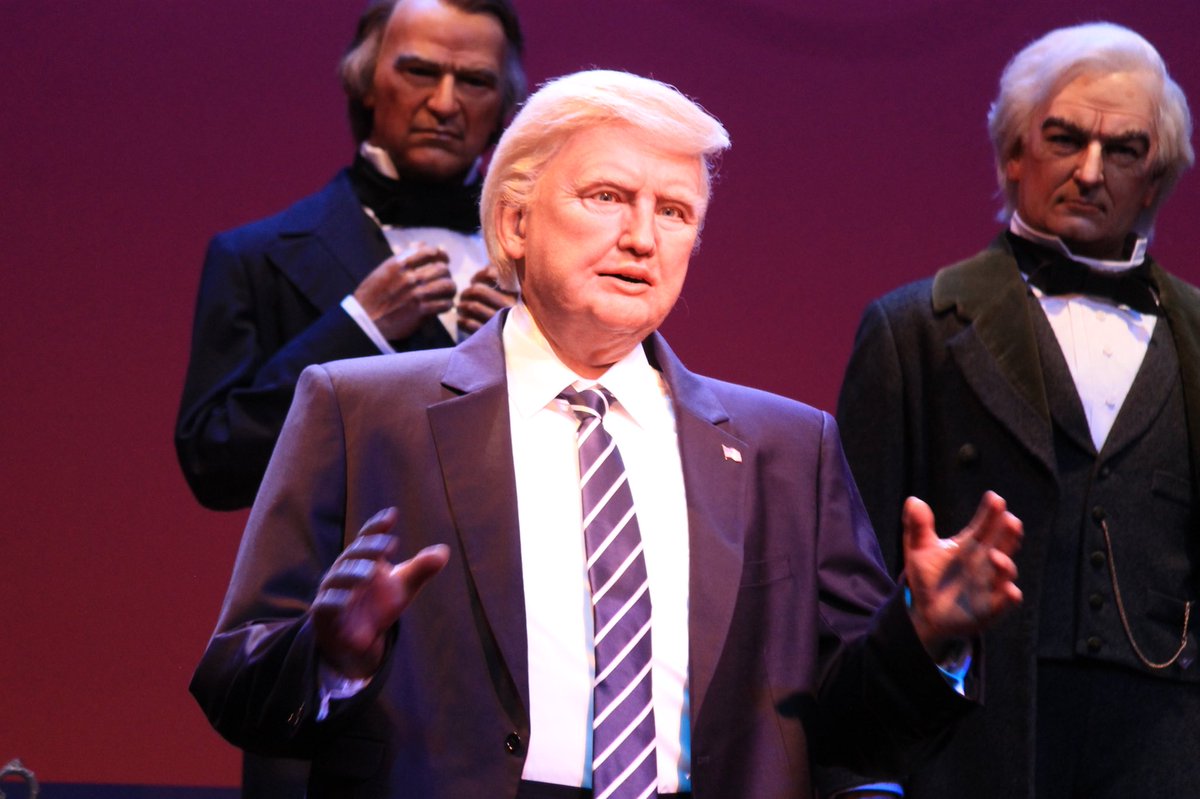 Trump robot in the Hall of Presidents looks like a 71-year-old Chucky doll. 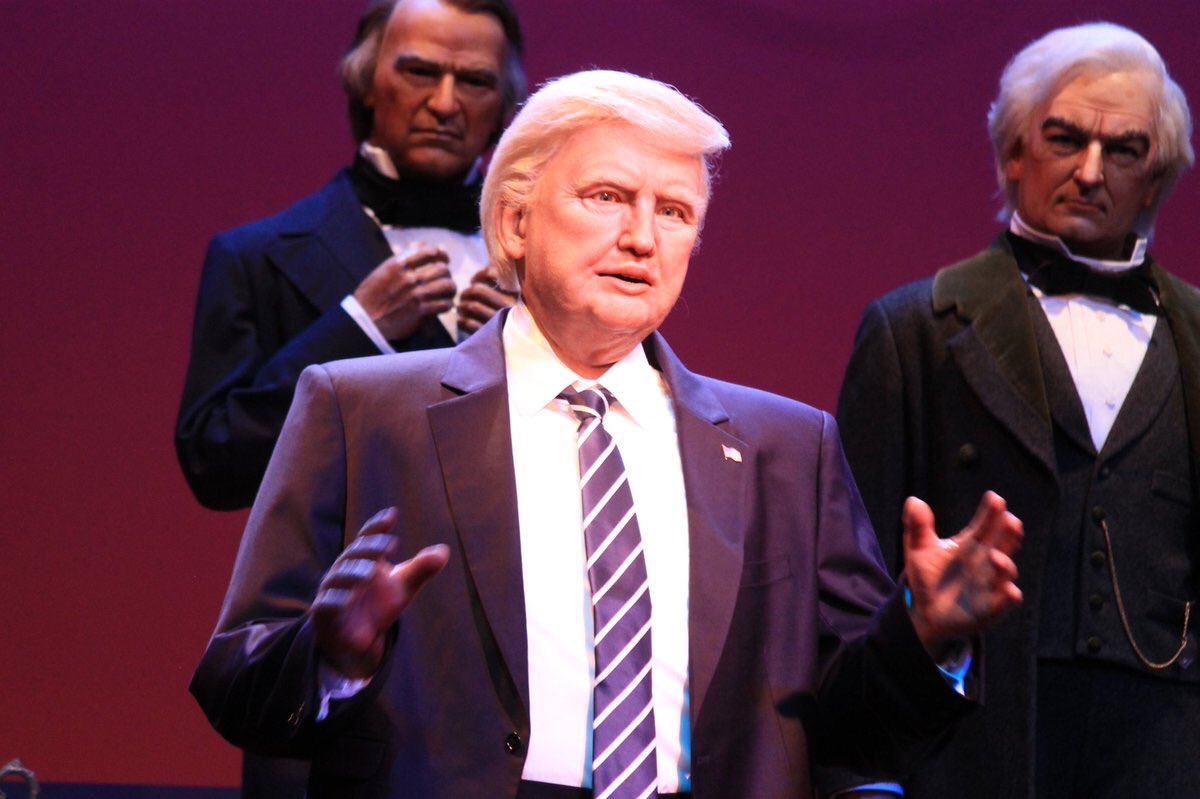 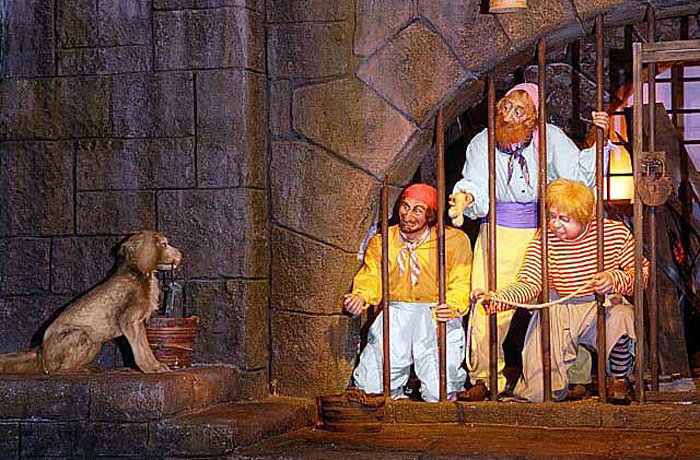 How long until the Trump robot at Disney’s Hall of Presidents is repurposed and used as a doormat at Epcot’s new Russia pavilion?

The Trump Hall of Presidents robot has 4 terrible one-term Presidents standing behind him (one of whom was impeached) and he’s flanked by two, 2 term presidents who fought and defeated white supremacists. Nice troll, Disney.

I don’t care about the Trump blob at Hall of Presidents, can anyone just check and make sure JFK is still looking like a snack?

But our hands-down favorite has got to be the video posted by Twitter user Dustin Giebel of Trump uttering the words of the infamous 2005 Access Hollywood tape in which Trump bragged that you can “grab them by the pussy” whenever a celebrity wants to sexually assault a woman — the tape he has reportedly been saying isn’t real. 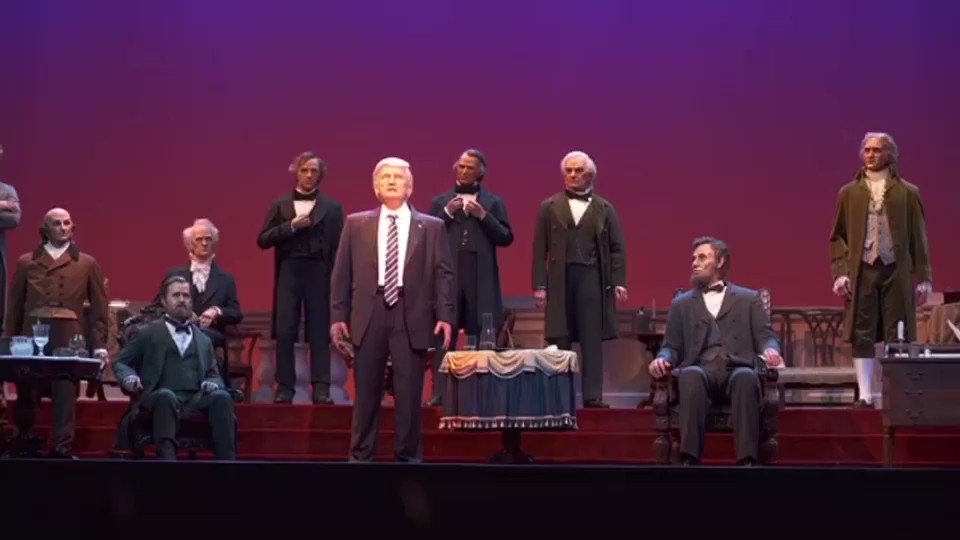 Hall of President Trump but with the Access Hollywood Tape audio.

That video made this final tweet seem totally appropriate as a warning to families with young kids:

Disney World adds Trump robot to its Hall of Presidents. Families with small children may want to avoid this attraction due to the fact that a man accused of sexually assaulting women, conspiring with Russia and obstructing justice is not a good role model for children.