ScreenRant
The Politician: The Main Characters, Ranked By Likability
BY DAVID CABALLERO
March 16, 2021

The Politician: The Main Characters, Ranked By Likability

The Politician’s characters aren’t really meant to be likable, but if they had to be ranked by likability, who would be the winners and losers?

Ryan Murphy’s first project for Netflix, The Politician tells the story of Payton Hobart, a wealthy California high school student with dreams of making it to the White House. Ambitious, controlling, and ruthless, Payton will do everything in his power to achieve his goal, making more than a few enemies in the process.

A classic Ryan Murphy show, The Politician is plagued with absurdist humor and pastels. The show features a large ensemble of eccentric and colorful characters, each more exaggerated than the one before. And while some are definitely more honorable and commendable, all of them are rather superficial and conniving and not all of them are entirely likable. 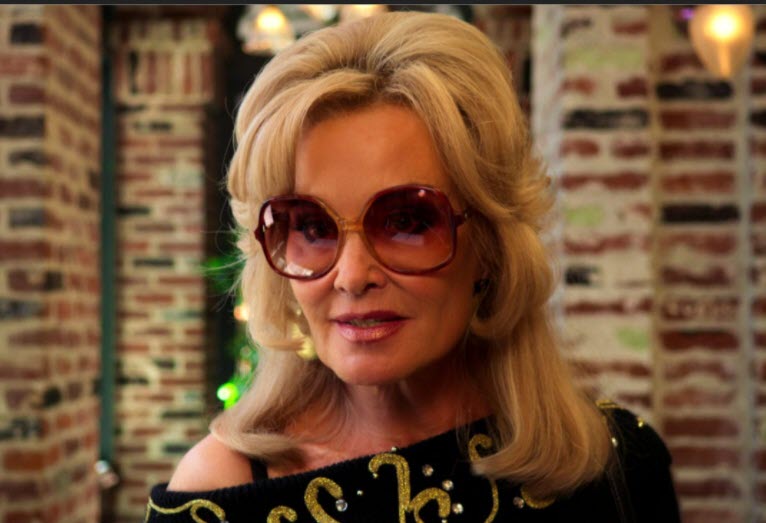 When it comes to the Ryan Murphy universe, Jessica Lange seems trapped in the same role. Whether it’s Constance Langdon in American Horror Story or Joan Crawford in Feud: Bette & Joan, Lange always plays a variation of the same character. The former glamour lady who’s far more intelligent and ruthless than anyone ever thought.

Dusty Jackson isn’t Lange’s finest hour. Indeed, watching the veteran actress on screen, it’s easy to see that she’s bored with the character before she even opens her mouth for the first time. An antagonist with very few redeeming qualities, Dusty feels like an afterthought in The Politician season 1 and not even Lange can save this train wreck of a role.

Another respected star who The Politician fails is Gwyneth Paltrow. The Oscar winner is a regular collaborator of Murphy, having worked with him on his star-studded film Running with Scissors and appearing on several episodes of his hit comedy series Glee, for which she won a Primetime Emmy Award for Guest Actress in a Comedy.

Paltrow can be quite charming in the right role, as proven by her Oscar-winning turn in Shakespeare in Love and her decade-long stint as Pepper Potts in the MCU. As Payton’s mother Georgina, however, Paltrow is stuck playing a vapid, one-note character that never truly succeeds in satirizing the privileged women it aims to lampoon.

Played with icy delight by Lucy Boynton, Astrid is a classic Murphy mean girl. Blonde, beautiful, vain, and cruel, Astrid is also quite devious. She acts as Payton’s foe for the majority of the first season before becoming his scheming ally in season two.

Astrid is mostly unlikable thanks to her lack of clear purpose and allegiance. That’s mostly the writers’ fault and Boynton does try her best in the role. But not even her commitment can save this superficial role, at least not with the material provided so far.

After playing the intense yet likable Madison McCarthy in the final season of Glee, Laura Dreyfuss returned to the Murphy-verse with the role of McAfee Westbrook. One of Payton’s closest friends and campaign managers in season one, she goes on to become her advisor during season two.

McAfee’s role is confusing. She’s just as ruthless as Payton, yet the show at times seems to treat her ambition as a flaw. Still, Dreyfuss manages to find enough humanity in McAfee to turn her into an interesting if not entirely successful character. Season two tries to give her more depth, with decidedly mixed results.

Similar to McAfee, James is a character whose behavior is painted in a mostly negative light. Shrewd but a tad desperate, James is just as smart and capable as his teammates, he just lacks their overwhelming confidence. Some of his actions are also quite duplicitous, but he’s shown to be a generally good and supportive friend.

Not much insight is given into James’ character. Season two tries to provide a little background but remains chiefly interested in his political career rather than his personal life. Here’s hoping that the potential season three, which might also be the show’s last, provides more context into his story.

The protagonist of the show, Payton is a tough character to root for. Unlike other overachievers before him, like Tracy Flick or Blair Waldorf, the show isn’t always on his side. In fact, Payton is more similar to another infamous Murphy character, Glee‘s Rachel Berry, in that their ambition often comes off as annoying instead of inspiring.

Still, and mostly thanks to Ben Platt’s utter and gonzo commitment to the role and the show, Payton comes out fairly unscathed. Yes, he is overwhelming and off-putting at times, but he’s also vulnerable and one of the few characters that don’t seem entirely cartoonish.https://1603a848e27ff1a7580655e4c40f0fd6.safeframe.googlesyndication.com/safeframe/1-0-37/html/container.html

Like Payton, Skye walks a fine line between “quirky” and “over-the-top.” For most of the first season, they’re Astrid’s cutthroat running mate, willing to do everything in their power to win the election. They even go as far as poisoning Payton to remove him from office, which frankly feels completely out of place.

By season two, however, Skye becomes one of the most interesting characters. As part of Payton’s team, they show a lot more composure than everyone else. Like all other young-adult characters, Skye doesn’t quite get the same level of depth and development as Payton, Dede, or Haddasah, but that doesn’t mean they’re any less entertaining.

Season two of The Politician received the equivalent of an adrenaline shot thanks to the arrival of two veteran and incredibly compelling actresses. The first, the Divine Miss M herself, Bette Midler plays Haddasah Gold, Dede Standish’s Chief of Staff.

As Hadassah, Midler is allowed to display the charming and chaotic energy that turned her into a star. She’s fun and funny, running comedy miles around the rest of the admittedly newer and less experienced cast. Still, Midler feels like a breath of fresh air, an actual ray of comedy in a show that seems to confuse humor with messy excess.

The one Murphy regular that is actually done justice in the series, Judith Light provides most of season two’s most interesting plotlines. From her daring if not entirely successful throuple storyline to the compelling angle of her waning political career, Dede is certainly season two’s MVP.

Of course, it helps that an actress of Light’s caliber provides Dede with all the depth that isn’t explicitly shown. Indeed, a cold stare or lip purse is enough for Light to convey a myriad of emotions capable of turning Dede into an engaging, irresistible, and above all entertaining creation.

Because of his supernatural presence throughout the show, River is less a real character and more a walking stereotype. The guardian angel, the protector, the guide, meant to help Payton through the dark times, supporting and encouraging him unconditionally.

The few scenes that feature the real River show an interesting and complicated figure, though. The show could’ve really benefited from his presence, especially because of the strong chemistry David Corenswet shares with Ben Platt. Indeed, a River-Payton romance might’ve been far more interesting than the strange and cold dynamic between Payton and Alice.+3