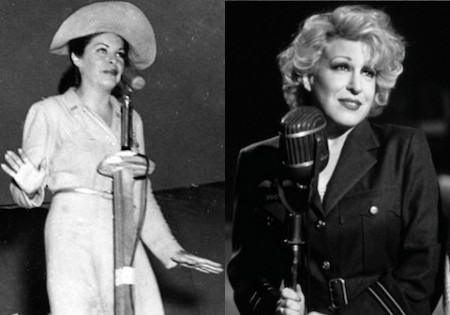 For the record, Bette Midler says her movie, “For The Boys,” has nothing to do with Martha Raye. Miss Midler denied in court Wednesday that she based “For The Boys” on the life of Miss Raye, who cheered U.S. troops with her brassy song-and-dance act.

“The stories have no resemblance except for one thing – they both were entertainers during wartime,” Midler said.

Midler acknowledged that she saw a treatment of Raye’s life, but said she also researched such performers as Pearl Bailey, Gypsy Rose Lee, Ann-Margret and “all the Miss Americas.”

Raye, who is fighting a serious illness, is suing Midler, 20th Century Fox and others for $1 million, plus 10 percent of any profits from the 1991 film, which flopped.