Mister D: And Bruce Vilanch just threw his hat into the ring to play Aaron! 🙂

E Online!
Why For a Good Time, Call’s Ari Graynor Is the New Queen of Comedy
by John Boone
August 31, 2012 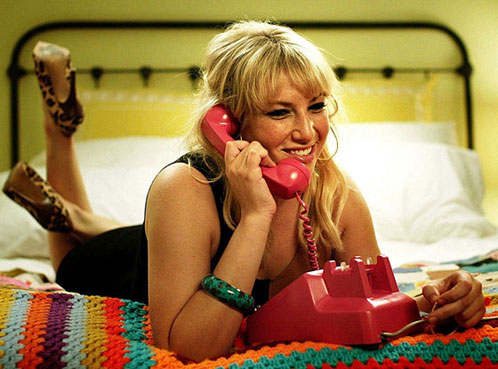 “My dream is to play Bette in the biopic,” Ari Graynor told me while we discussed her newest film For a Good Time, Call. “I’m trying to put out in the ether that Bette should have a biopic. And I think we all know who should play her.”

And if recent reviews for Good Time are any indication, Ari is the only candidate. “It’s an honor,” she said of the comparisons that have been drawn between her and Bette Midler.

“I totally see that this character is potentially the kind of character she would’ve playedâ€¦.She’s an amazingly talented lady.”

In the movie, Ariâ€”best known for such hilarious fare as Nick and Norah’s Infinite Playlist and What’s Your Number?â€”plays Katie, an outgoing blonde who starts a phone sex line to scrounge up some extra cash. And it’s not just small talk the customers are paying for, which requires Graynor to deliver some seriously raunchy lines (the red band trailer is only the tip of the iceberg when it comes to dirty talk).

“The funny part about shooting it was sort of the crazier the language coming out of our mouths and the bigger the fake orgasms were, the funnier and less awkward it was,” Ari revealed about some of the more seemingly blush-inducing lingo. “It was more when there were more intimately real moments…that’s when people got blushy and nervous. It’s so clearly for comedy sake, there’s much more of an allowance to say and do but when it’s actually real and intimate people get more nervous.”

And, for the record, her parents have seen it, complete with scenes involving sex toys galore!

“They love it. It’s a little awkward for me to sit next to my dad when he watches it, but he assures me that he’s able to just watch me as a character and not personalize it,” Ari laughed. “[Writer and costar Lauren Miller] and I were both sitting next to Lauren’s dad in a screening the other night…and I glanced over to Scott, her father, and Scott was just staring at the screen beaming with this huge smile on his face.”

But Ari wants you to know that the movie is more than just penis jokes: “The story is an intimate story of two best friends that started a phone sex line and I think it’s pretty simple. There’s a lot of sweetness in there, which is what I think people are going to be surprised of with our movie is how surprisingly sweet it is and heartfelt. And it’s sort of like Doris Day or Laverne & Shirley.”

What’s next for the gal who is quickly becoming one of the most in-demand comedy actresses? There’s good news and bad. For those who’ve followed Ari’s career, you know that she has become a master of playing drunk. But not for long: “It’s been a very very long time since I’ve had one of those nights,” Ari told me about getting hammered on the big screen. “Hopefully, after this, I’ll be hanging up my drunk party girl hats.”

And that isn’t the only hat she might be hanging up, as Ari tells me she’s “dying to take a little comedic break.” She continues,”I would love to be in Downton Abbey. That’s the thing I thing many people would have a good laugh with me saying anything like that. I feel like that’s the next phase of my career. To reprove to everyone that I can do things besides the crazy characters.”

Just as long as she eventually returns to the outrageous, irreverent and laugh-till-it-hurts roles that made us love her.