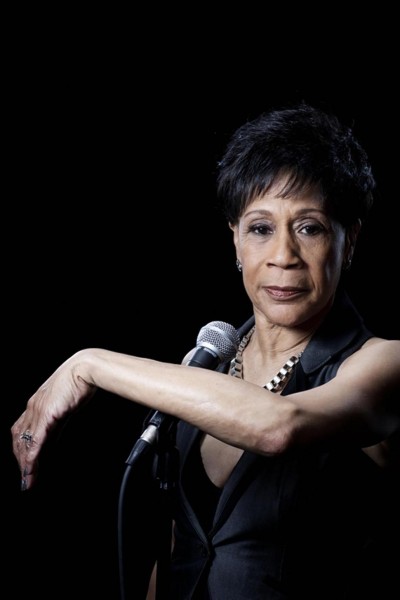 Right after the Divine Miss M, during an interview, fired a broadside about the vocal abilities of our current hit-makers, senior soul star Bettye LaVette tweeted, “I always loved you @BetteMidler. I love you even MORE now!”

“All I said was that I love Bette,” LaVette told the Daily News, with a sly cackle.

“Let’s just say, it took me 20 or 30 years to learn to sing really well,” LaVette says. “It’s easy to get a hit. But to actually be an entertainer and sustain, you need to be really doing something.”

LaVette has done that, all while facing unusual resistance. She suffered a Sisyphian string of aborted record deals, crummy promotion, rip-offs and disappointments before finally becoming a star 10 years ago with her critically-adored “I’ve Got My Own Hell To Raise” album.

By then, LaVette was nearly 60. “I’m the oldest artist in the world that’s being accepted as a newcomer,” she laughs.

Now, just one year shy of 70, Lavette has a bracing new album, “Worthy.” She’s chasing it with a two-week run at Cafe Carlyle, Tuesday through Feb. 7.

“Worthy” reunites LaVette with the producer who shaped her breakthrough a decade ago, Joe Henry. The new disc, like her recent “The British Rock Songbook,” features wrenching soul re-dos of lesser-known pieces from U.K. classic rockers. LaVette reinlivens songs by The Stones (1966’s “Complicated”), Savoy Brown (1970’s “When I Was A Young Girl”) and The Beatles (1965’s “Wait”). She delivers them as ripping oratories, personalized by her emphatic reading.

LaVette says she chooses her covers first for their melodies. “They should be blatant,” she says. “They can be pretty or mean or loud, but they should never be mysterious. Then I listen to the lyric. Is it something a nearly 70-year-old woman can sing to your face and not look stupid?”

Despite all the acclaim her covers have drawn, LaVette says she had a hard time getting a contract for the new album. Her deal with Anti Records was up. So she went to other boutique labels “to try to get some big money for the first time in 53 years,” she says.

So LaVette went to England “as I have 92 times before.” There, she inked a deal with Cherry Tree Records.

Two years ago, LaVette layed out her long history of travails in a laugh-out-loud autobiography, “A Woman Like Me.” The book has just been optioned by Alicia Keys as a movie. LaVette pulls no punches in the tome, offering tart put downs of Diana Ross (“a stuck-up bitch with a small voice”), Aretha Franklin (whom LaVette says deserved to be beaten by her first husband), and James Brown (“an especially ignorant man”).

The book makes its own waves through LaVette’s forthright approach to sex. In the saltiest language, she details her affairs with a host of 1960s and ’70s R&B stars. “The guys all talk about their dalliances in their books. Why shouldn’t I?” she says.

LaVette says she always identified more with men than with women. “I’ve always had strong men in my life. I emulated them,” she says.

That carries over onto the way she sings. Aping belters like Wilson Pickett, LaVette sings in a muscular style. But she never lacks nuance. She forms her songs into plays, marked by wide emotional arcs. LaVette admits her approach can be a bit too real for some. “This is strictly adult stuff,” she says. “My album should come with some kind of X on it.”

If such edge has made her more of a cult item than a household name, LaVette says she’s happy with that. “My old manager said to me ”˜I don’t know if you’ll ever be a star, but if you’re a good artist you’ll work until you die,’” she says. “Ultimately, I’d rather be admired than be huge.”