Sound crazy? A lot worse things have happened to cats in the movies, more dangerous than being put in the middle of a gang war.

But movie cats have also been loved dearly, petted thoroughly and served as comic relief.

Check out who makes our list of more than 20 favorite movie cats (live-action versions, no animated kitties here), and tell us if you can think of any other purr-fect candidates.

The cat in Blofeldâ€™s lap

The white-haired Persian has appeared in so many James Bond films over the years, sitting in the lap of criminal mastermind Ernst Stavro Blofeld. The unnamed feline made its first appearance in 1963â€™s â€œFrom Russia With Loveâ€ and most recently in last fallâ€™s â€œSPECTRE.â€ Thatâ€™s an impressive 50-year lifespan.

The opening scene of 1972â€™s â€œThe Godfatherâ€ finds a man asking â€œthe donâ€ to commit a murder for revenge. It is more than three minutes before we see Marlon Brandoâ€™s face, holding a playful cat lying on its back and pawing at Brando. Among the first of so many iconic moments in the Oscar-winning best picture. 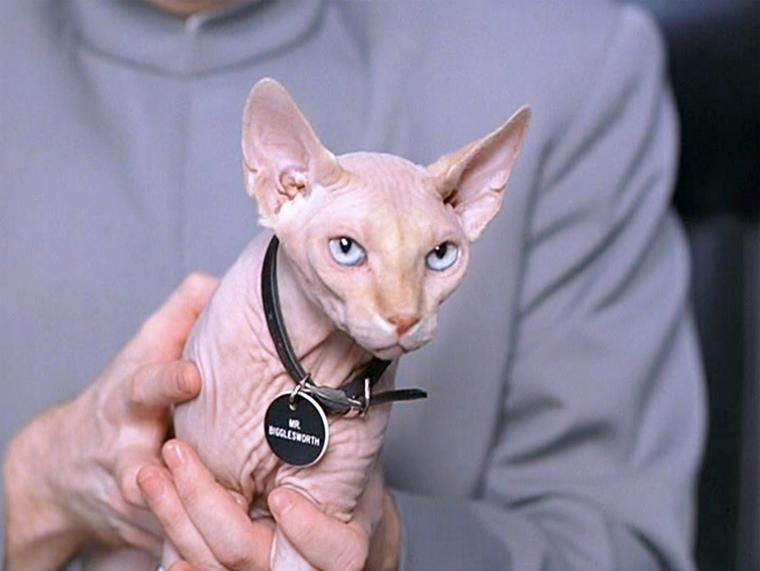 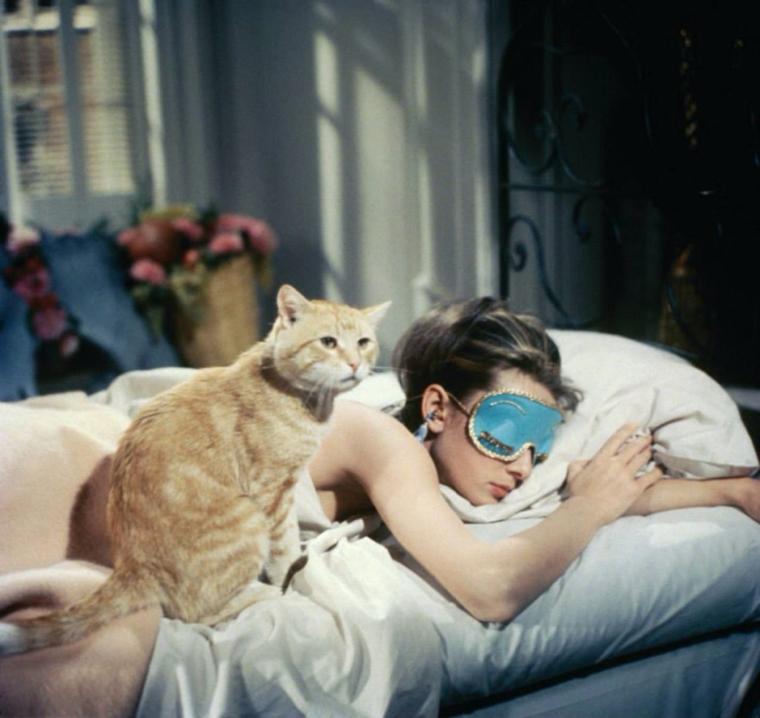 The â€œpoor slob without a nameâ€ is merely named â€œCatâ€ by Holly Golightly, who as Audrey Hepburn tells us doesnâ€™t belong to her any more than she belongs to it in 1961â€™s â€œBreakfast at Tiffanyâ€™s.â€ No, of course the commitment-fearing Holly doesnâ€™t mean it. 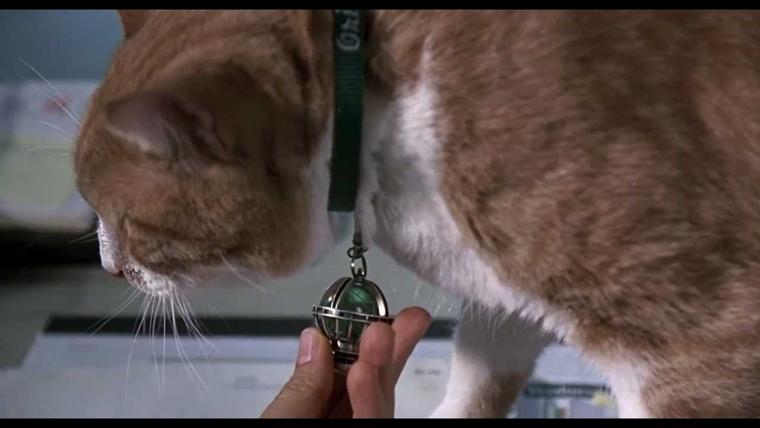 The 1997 smash â€œMen in Blackâ€ saw the little kitty Orion at the center of a giant secret that unlocks the mystery in this Will Smith-Tommy Lee Jones favorite.

How smart is this green-eyed, ginger American Shorthair? Letâ€™s just say that by the end of 1979â€™s â€œAlien,â€ many have died but not the loving pet of Ellen Ripley (Sigourney Weaver). Heâ€™s a survivor with at least nine lives. 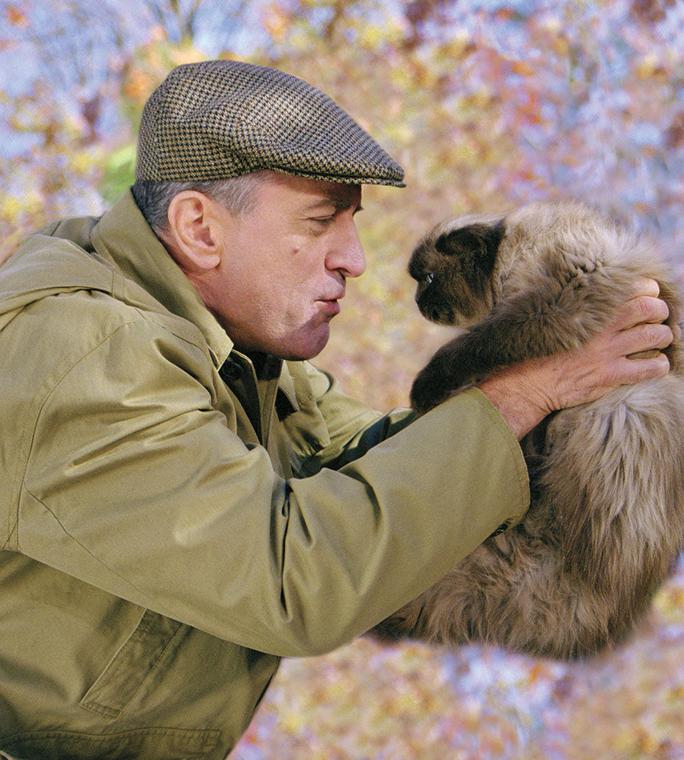 You remember how â€œMeet the Parentsâ€ begins: Ben Stillerâ€™s character meets his fianceeâ€™s parents and their beloved Himalayan cat, Mr. Jinx, trained by the father (Robert de Niro) to use the toilet. What a hygienic cat. 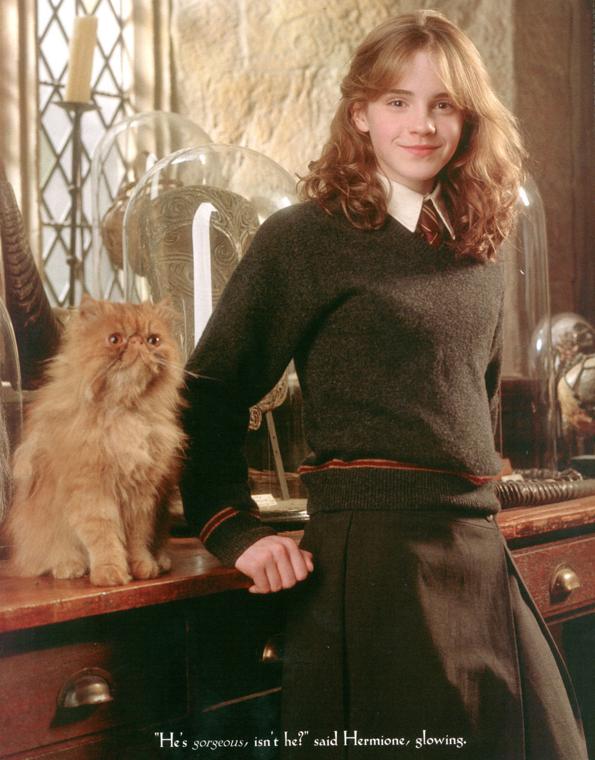 Now this was a cat that Hermione Granger was proud to call her pet in the â€œHarry Potterâ€ movies â€” big and fluffy with a flat face and bottle-brush tail, the clever Crookshanks appeared in four films. 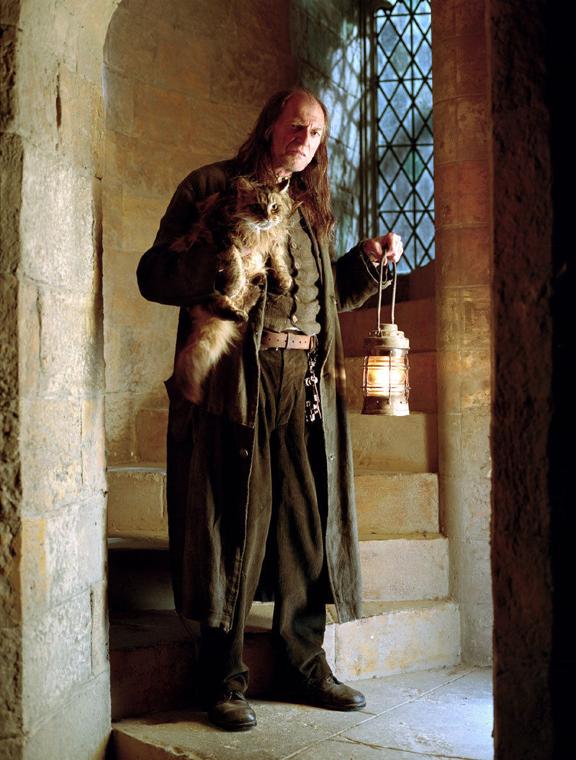 Yet another intelligent cat in five â€œHarry Potterâ€ films was Mrs. Norris, the pet of Hogwarts caretaker Argus Filch and quite good at alerting him when students were sneaking about the school after hours. 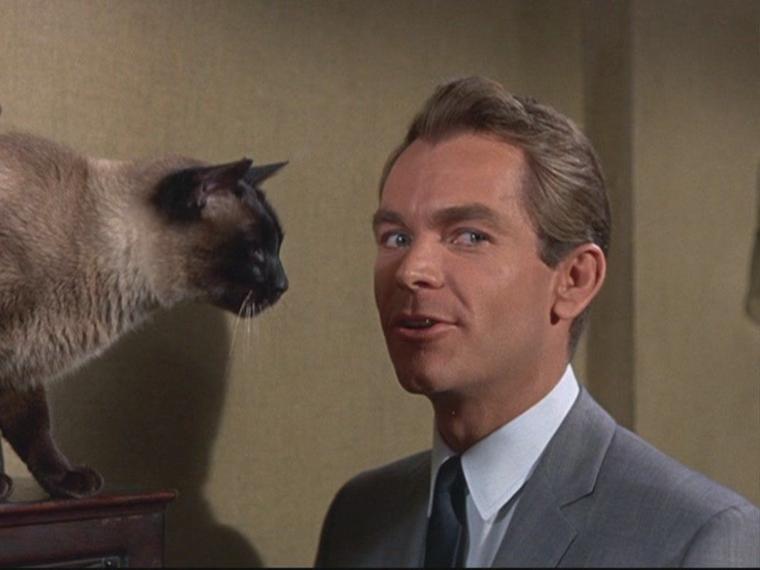 â€œThat Darn Cat!â€ was a hit in 1965 for Disney starring perennial stars Hayley Mills and Dean Jones, along with a wily Siamese secret-agent cat who aids in bringing bank robbers/kidnappers to justice. DC helped save the day again in a 1997 remake starring Christina Ricci. 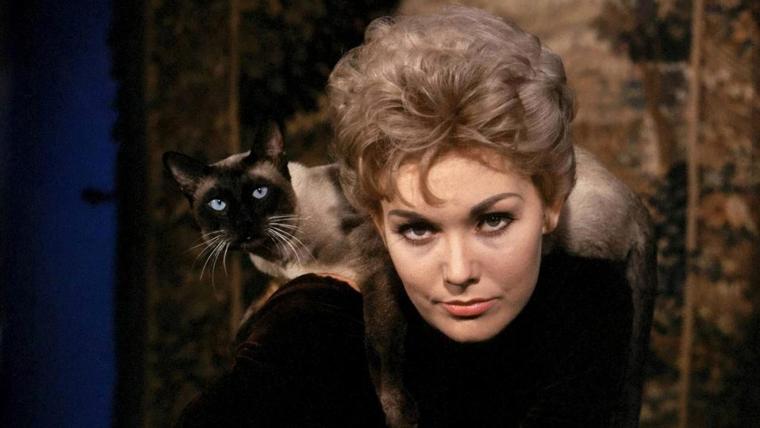 This cat served as the â€œfamiliar,â€ or animal guide, to Kim Novakâ€™s Greenwich Village witch in 1958â€™s â€œBell, Book and Candle,â€ in which she falls for her neighbor played by James Stewart, much to the chagrin of Pyewacket. 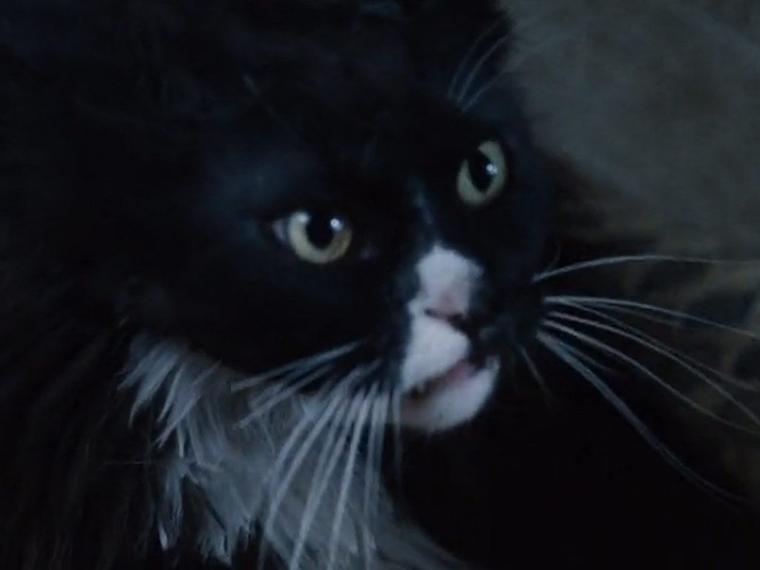 The filmmakers hired a black-and-white cat for 2012â€™s â€œThe Hunger Games,â€ as if they hadnâ€™t read the books that describe an orange cat. This was corrected for the final three films so that the beloved pet of Katnissâ€™ sister, Primrose, could do cute things like chase the light from a swiveling flashlight. 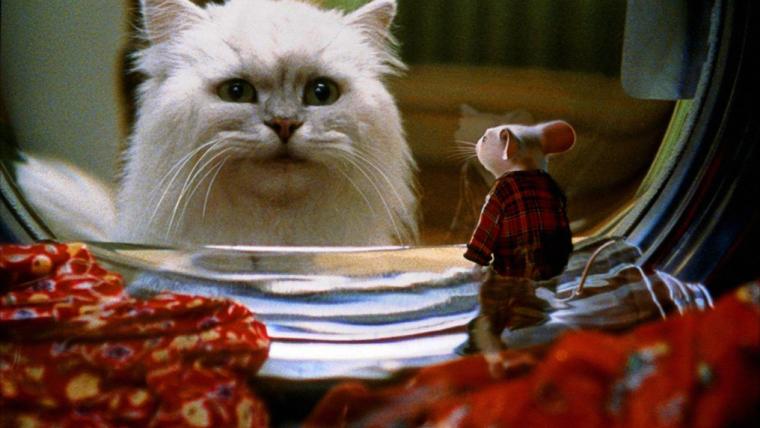 â€œStuart Littleâ€ is a charming little mouse in the 1999 movie, but he runs into trouble when heâ€™s adopted by a human family â€” one that includes a pet cat, Snowbell, who has trouble seeing a mouse as one of his masters. 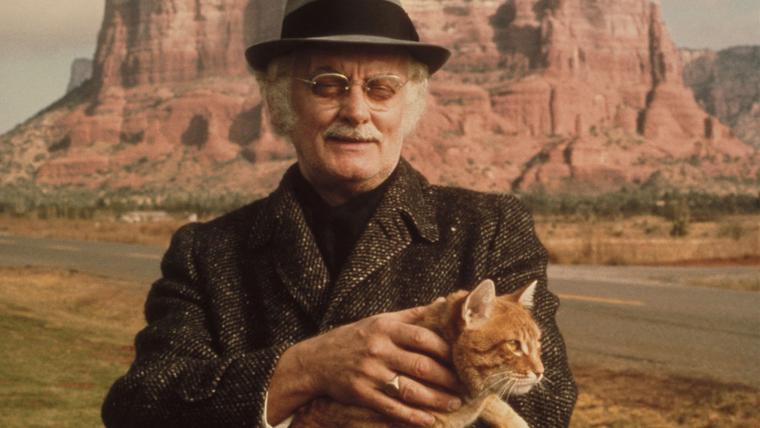 In 1974â€™s â€œHarry and Tonto,â€ Harry was played by Art Carney, who won the best actor Oscar for this road-trip movie, and Tonto was his pet cat along for the cross-country ride when the elderly man travels west to visit family and friends. 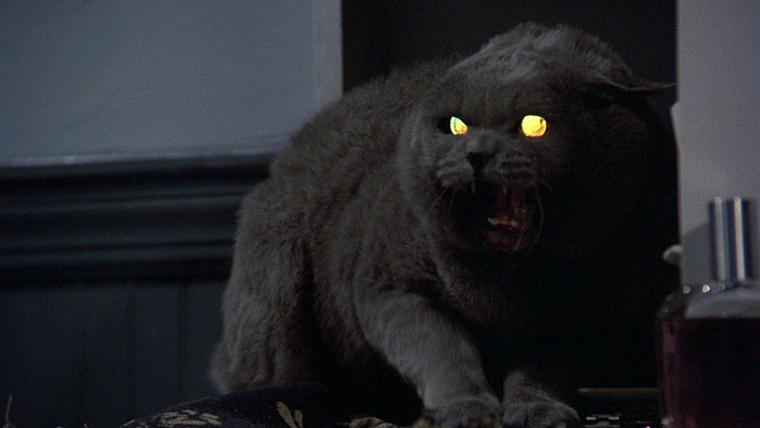 That cat ainâ€™t right. The Stephen King-movie entry on this list is Church, a family cat that dies and comes back from the â€œPet Semataryâ€ of the 1989 film. He was not the same cat, as you might imagine. Catâ€™s eyes, indeed. 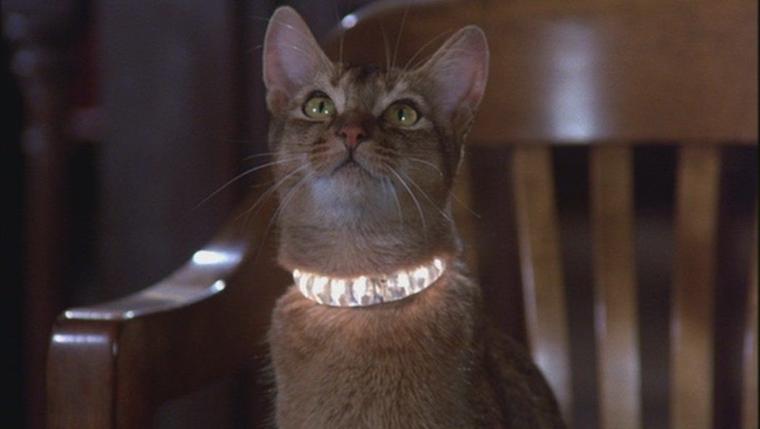 The cat from outer space

Or Jake, as the humans called the cat pilot of a UFO, who wore a special collar allowing it to communicate with the people of Earth. â€œThe Cat From Outer Spaceâ€ was a 1978 Disney movie starring Ken Berry and Sandy Duncan, who apparently was allergic to cats, breaking out in hives whenever the Abyssinian feline got close. 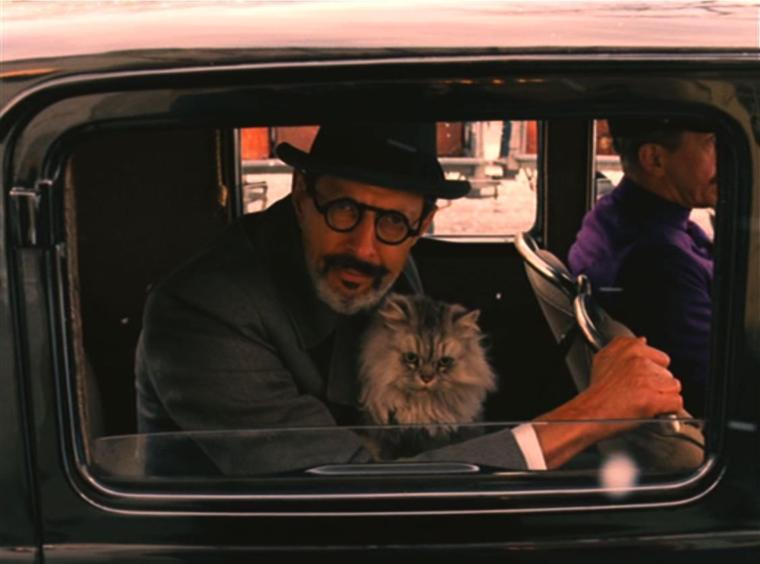 â€œDid he just throw my cat out the window?â€ Yes, Jeff Goldblum, that henchman played by Willem Dafoe just did that in a grimly comic moment from â€œThe Grand Budapest Hotel.â€ This catâ€™s film life was short but memorable. 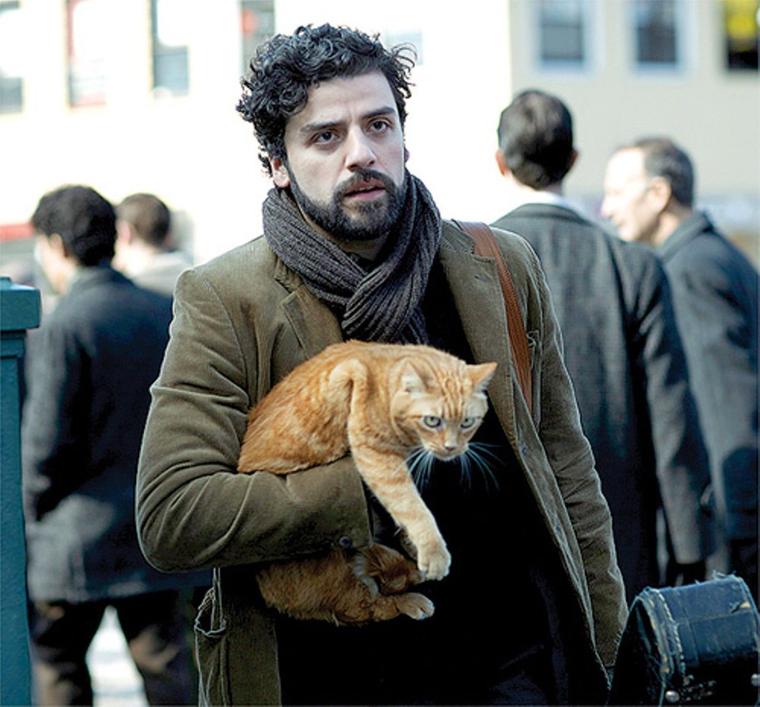 The Coen Brothers love to leave us guessing, and many have speculated as to the significance of the cat that musician Llewyn Davis (Oscar Isaac) is tasked with caring for in their 2013 comedy. The Coens know, but they arenâ€™t telling. 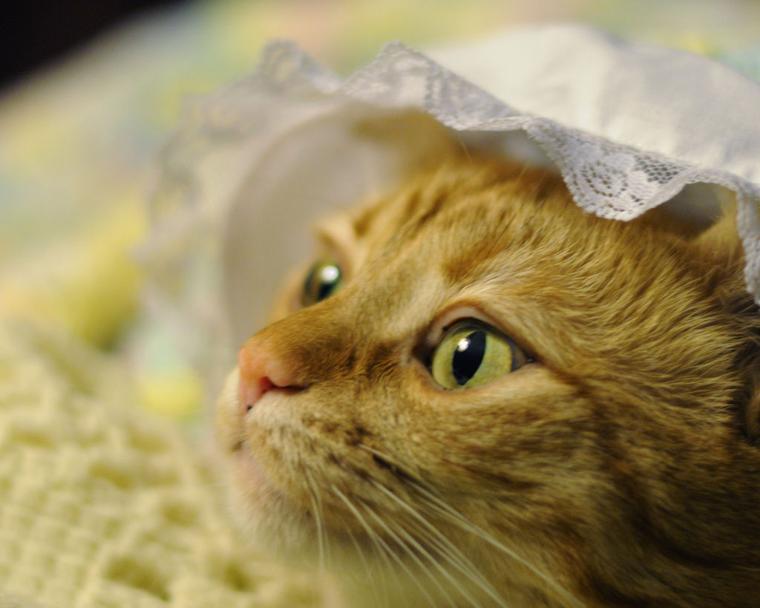 The Three Lives of Thomasina

This is no Stephen King tale â€” this is how Disney told a story of a cat that dies and then returns in 1963. Itâ€™s a story that, more than 50 years later, still reduces many to tears, whether theyâ€™ve lost a pet before. 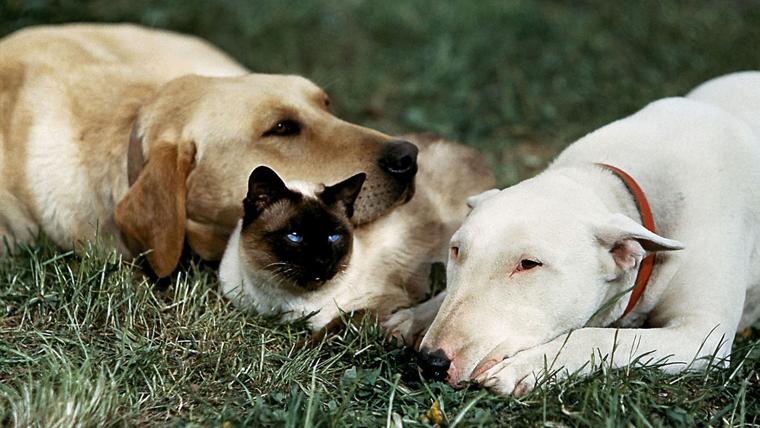 The cat with two dogs

Apparently Disney was crazy about cats in 1963 and the 1960s in general. â€œThe Incredible Journeyâ€ showcased three animal actors â€” a cat and two dogs â€” lost and encountering many threats, including wild animals in the forest. Remade in 1993 as the talking-animal movie â€œHomeward Bound.â€ 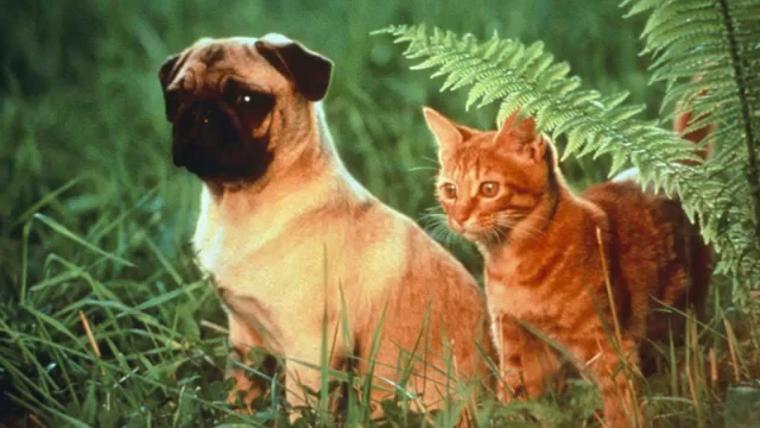 A little movie from Japan found a cat named Milo and a dog named Otis separated after growing up together on a farm and then experiencing adventures in trying to find each other. Awww. Dudley Moore served as narrator for U.S. audiences watching â€œThe Adventures of Milo and Otis.â€ 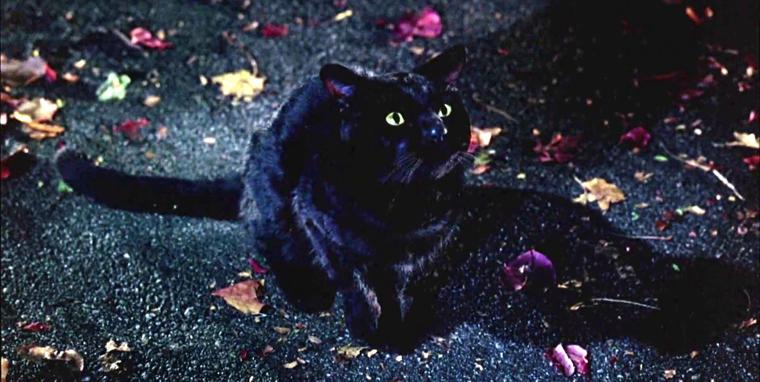 â€œHocus Pocusâ€ is a 1993 Disney movie with a 17th-century lad turned into an immortal black cat by Salem witches, who then helps others do battle with Bette Midler, Sarah Jessica Parker and Kathy Najimy.