The Guardian
The biggest awards in theater are Sunday, and the competition is fierce as Bette Midler shines in Hello, Dolly! and Dear Evan Hansen looks set for success
By Jake Nevins
Friday 9 June 2017 11.11 EDT

If one thing is certain, the 2017 Tony Awards will be a lot less predictable than last year’s ceremony, when a little musical called Hamilton swept through the Beacon Theatre with a record-setting 16 nominations, winning 11 awards on the night. And although Hamilton continues to dominate the Great White Way – its astronomical ticket prices have barely dipped since the majority of the original cast left – this year’s ceremony, without a cultural juggernaut to hog all the spoils, opens the door for a slew of wonderful shows to take top honors.

The competition for best play features four wildly different works, including a quasi-sequel to a canonical Ibsen classic (A Doll’s House, Part 2), an intimate rendering of international diplomacy (Oslo), the true, controversial story “of a little Jewish play” (Indecent) and a tender exploration of race, class and the perils of deindustrialization (Sweat). Of the four nominees, the incredible and moving Oslo is likely to win, but as an Ibsen fanatic, I’m partial to Laurie Metcalf’s Nora Helmer and the profound risk that was Lucas Hnath’s decision to take on this play in the first place.

Should win: A Doll’s House, Part 2

Best musical, like best play, will come down to two shows, one the favorite and the other the dark horse. Dear Evan Hansen has become a beloved phenomenon, with music and lyrics by Benj Pasek and Justin Paul, the songwriting duo that won an Academy Award this year for City of Stars from the film La La Land. Come from Away, which could steal a victory, is a touching, sentimental account of the power of community in the wake of the 9/11 attacks. But the safe, and deserving, choice is Dear Evan Hansen.

Best revival of a musical

The radiant, energetic, and hilarious revival of Hello, Dolly! has this one locked up, even with some stiff competition from Cameron Mackintosh’s Miss Saigon. Aside from Bette Midler’s show-stopping take on Dolly Levi, Hello, Dolly! was an impeccably produced show writ large, from its lush sets to the witty repartee between David Hyde Pierce’s Vandergelder and the titular showboat.

Best revival of a play

This category features a loaded, posthumous showdown between the legendary playwrights August Wilson, Lillian Hellman and Noel Coward, whose shows Jitney, Little Foxes and Present Laughter were each revived and reworked to extraordinary effect. The revival of Hellman’s southern gothic was an acting masterclass (put on by Laura Linney and Cynthia Nixon), but Ruben Santiago-Hudson’s take on Jitney is likely to win.

Best book of a musical

The nominees for best book (Dear Evan Hansen, Come From Away, Groundhog Day the Musical and Natasha, Pierre & the Great Comet of 1812) are the same as those for best musical, which augurs either a Hansen sweep or a nod to Come From Away, a less linear, more eccentric book, in the spirit of egalitarianism. But I’ll go Hansen anyway.

Dear Evan Hansen’s Pasek and Paul are primed to take home the award for best score, though not without a fight from Dave Malloy’s Natasha, Pierre & the Great Comet of 1812, a dynamic adaptation of Tolstoy’s War and Peace that’s infused with a number of musical styles that capture the novel’s operatics. But Hansen, with its electric solos by Ben Platt (the rousing For Forever) and several assists from Rachel Bay Jones, will probably clean up. 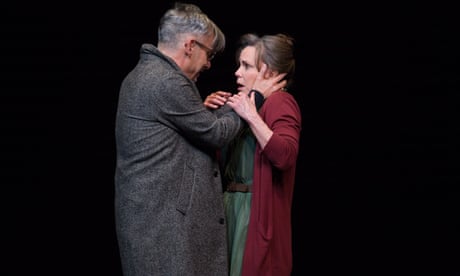 Why are traditional plays struggling to attract crowds on Broadway?

In a category stacked with talent, Kevin Kline’s spectacular turn as Garry Essendine in Noel Coward’s Present Laughter has risen to the top. In a part that’s been tackled by everyone from Nathan Lane to Sir Ian McKellen to Coward himself, Kline’s Garry, charming and tongue-in-cheek, was a long time coming. But, as a Norwegian diplomat in Oslo, a riveting account of the 1993 Israeli-Palestinian peace process, Jefferson Mays has the more nuanced task, which may be enough to reverse the results of last week’s Drama Desk awards, where Kline prevailed. Plus, the Tonys could throw Mays a bone after passing over his performance in A Gentleman’s Guide to Love and Murder in 2014.

It’s a herculean task to choose between such gifted actors as Laurie Metcalf (A Doll’s House, Part 2), Laura Linney (Little Foxes), Cate Blanchett (The Present), Jennifer Ehle (Oslo) and Sally Field (The Glass Menagerie), but choose we must. It was a thrill to see Blanchett, loose, witty and emotional as the widowed Anna Petrovna, in this modernized take on Chekhov, but Metcalf’s daring performance as the fierce, stubborn Nora was unrivaled. Plus, having been nominated for three Tonys, the stage veteran is long overdue.

The second of three acting categories that are virtual locks, the award for best actor is Ben Platt’s for the taking. As the unpopular, anxious teenager Evan Hansen, Platt’s performance is gritty and powerful, hitting an amazingly broad array of notes both vocally and emotionally. It’s so impressive that there seems to be no way that he could lose to any of his competitors, a not-so-shabby group that includes David Hyde Pierce (Hello, Dolly!), Andy Karl (Groundhog Day), Christian Borle (Falsettos) and Josh Groban (Natasha, Pierre & the Great Comet of 1812).

When Bette Midler first appears on stage in the revival of Hello, Dolly!, directed by Jerry Zaks, you’d be forgiven for thinking the world stopped turning, even if just for a second. Aside from her interpretation of the legendary Dolly, which is zany and warm and fabulously quick-witted, Midler herself is radiant, and all you want to do is share in the fun she’s so clearly having. Even with Patti Lupone and Christine Ebersole (both in War Paint) as competition, Midler’s victory is as assured as Dolly Levi is gregarious.

Danny DeVito’s work in the revival of The Price is a safe bet to take home this award, but I remain drawn to the energy and bravura of Michael Aronov’s turn in Oslo as the Israeli Uri Savir. Boastful and charismatic, Aronov arrives in the show’s second act and gives it a hefty dose of humor and hyperbole vis-a-vis the play’s weighty, politically fraught subject matter.

Will win: Danny DeVito, The Price

Since Jayne Houdyshell (who won this award last year for her work in The Humans) and Condola Rashad may very well split votes as co-stars in A Doll’s House, Part 2, it will probably be Cynthia Nixon taking home the honor for best featured actress in a play. Channeling both Birdie and Regina in this revival of The Little Foxes (she and Laura Linney are on double-duty, switching off between characters), Nixon is devastating as the former and biting as the latter, possessing, like her co-star, an uncanny ability to channel both sisters-in-law.

As the mouthy sycophant Cornelius Hackl in Hello, Dolly!, the two-time nominee Gavin Creel was a delight to watch opposite Midler and Pierce, and after leading actor nominations for his work in Thoroughly Modern Millie and Hair, the third time looks to be the charm. His stiffest competition will come from Andrew Rannells, whose work as Whizzer in Falsettos is magnetic, as all Rannells performances are. But Creel will likely ride Dolly’s wave of momentum to victory.

Much like the award for best musical itself, this category will come down to a face-off between Dear Evan Hansen and Come From Away, with Rachel Bay Jones and Jenn Colella as proxies. The former’s show-stopping 11 o’clock number (So Big / So Small) is enough to seal the deal, delivered with raw intensity in what’s by far the show’s best vocal. But Colella gets a big number of her own in Me and the Sky, an airborne, expository solo that tells the story of her character, the pilot Beverley Bass, with a rockstar’s tenacity.

Both Oslo and A Doll’s House, Part 2, were impressive directorial feats, but whichever wins best play will probably win this category, too. Bartlett Sher managed to find heart and feeling in a show about the inner machinations of foreign affairs, while Sam Gold pulled off something truly special in this provocative continuation of Nora Helmer’s story, 15 years after she so famously walked out that front door. Both would be worthy victors, as would Rebecca Taichman (Indecent) and Ruben Santiago-Hudson (Jitney).

Though this is the only category in which Hello, Dolly! and Dear Evan Hansen go head-to-head, it’s not implausible that the Tonys could choose to honor a musical extravaganza such as Comet, staged and acted with immersive force. But since Sunday is shaping up to be all about Hansen, look for the four-time Tony nominee Michael Greif, whose résumé includes Rent, Angels in America and Grey Gardens, to take this one.