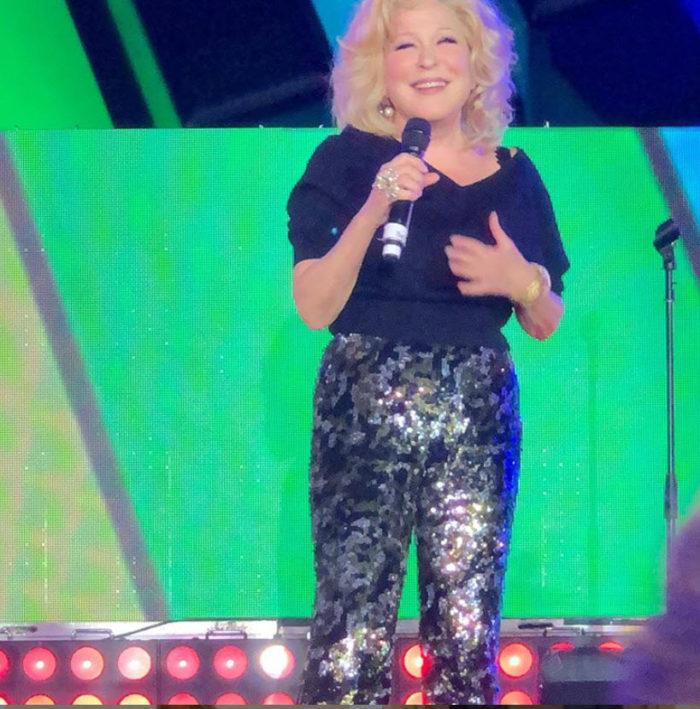 Last summer, we offered a special photo gallery of the 50 greatest entertainers still waiting to be selected for the Kennedy Center Honors. Among that group were country music superstar Reba McEntire plus pop star and Oscar-winning actress Cher. Both of them were in the honorees in December, along with composer Philip Glass and jazz musician Wayne Shorter, plus a unique section devoted to “Hamilton!.”

And now we provide our latest list of Kennedy Center Honors top 50 recommendations for 2019. Of course, only five of them can be chosen but certainly, all are worthy. Tour our photo gallery above ranked from #1 to #50. Each year, the selection committee chooses five entertainment veterans from a variety of fields – film, television, popular music, theatre, and the fine arts (dance, opera, classical music). Selected artists are almost always over 50 and generally are 60 and beyond.

This year’s recipients will be announced sometime in the next few weeks. The all-star event is held each year in the nation’s capital during the first weekend in December and then airs on CBS as a two-hour special after Christmas.

Each year, the selection committee chooses five entertainment veterans from a variety of fields – film, television, popular music, theatre, and the fine arts (dance, opera, classical music). Selected artists are almost always over 50 and generally are 60 and beyond.

Here’s a sneak peek at the gallery with our Top 10 selections listed below:

1. Dick Van Dyke
Van Dyke is just an Oscar away from EGOT status. He is a five-time Emmy Award winner for “The Dick Van Dyke Show,” “Van Dyke and Company,” and “The Wrong Way Kid.” He won a Tony Award for “Bye Bye Birdie” (1961) and a Grammy Award for “Mary Poppins” (1964). Van Dyke is a member of the Television Academy Hall of Fame and received the Screen Actors Guild life achievement award in 2013.

4. Gladys Knight
The “Empress of Soul” started her career in 1952 on Ted Mack’s “Original Amateur Hour” TV show. Her group Gladys Knight and the Pips joined Motown in 1966 and became one of the top recording artists of the 1960s and 1970s with such hits as “I Heard It Through the Grapevine,” “If I Were Your Woman,” “Neither One of Us,” and “Midnight Train to Georgia.” The six-time Grammy winner was inducted into the Rock and Roll Hall of Fame in 1996.

5. Mick Jagger
Whether he gets selected by himself (like Paul McCartney) or with his group The Rolling Stones (like The Who and Led Zeppelin), this honor is long overdue. The lead singer was inducted into the Rock and Roll Hall of Fame along with his band in 1989. He was knighted by Queen Elizabeth II in 2003. Their lengthy list of hit singles has included “Satisfaction,” “Get Off My Cloud,” “Ruby Tuesday,” “Jumpin’ Jack Flash,” “Brown Sugar,” “Wild Horses,” “Angie,” and “Start Me Up.”

7. Alan Alda
Alda has established himself as a triple threat on television, on stage, and in films. He won five Emmy Awards for the legendary comedy series “M*A*S*H” spread out over acting, directing, and writing (the only person to prevail in only three fields). He also took home a sixth Emmy for his role on “The West Wing” and was inducted into the Television Academy Hall of Fame in 1994. He’s been nominated at the Oscars (“The Aviator,”), Grammys (“Things I Overheard While Talking to Myself,” 2008), and three times at the Tony Awards (“The Apple Tree,” 1967; “Jake’s Women,” 1992; “Glengarry Glen Ross,” 2005).

8. Bette Midler
Midler was a big hit right out of the gates when she won Best New Artist at the Grammy Awards in 1974. It was the first of three Grammys along with three Emmys for her variety specials and a Tony Award in 2017 for “Hello, Dolly.” That just puts her an Oscar away from EGOT, and she has competed at those awards twice as a leading actress for “The Rose” and “For the Boys.”

9. Harrison Ford
Ford is the biggest box office star in American history but still hasn’t had much of an awards career but did receive an Oscar nomination for “Witness” (1985). He was awarded the American Film Institute life achievement in 2000 and the Cecil B. DeMille Award at the Golden Globes in 2002. His film career has included “Raiders of the Lost Ark,” “Working Girl,” “Regarding Henry,” “Patriot Games,” “The Fugitive,” “Air Force One,” and “42.”

10. George Strait
Strait has been one of the most popular country music artists of the past four decades and recently retired from touring. He is third only to Elvis Presley and The Beatles for the most gold and platinum albums in music history. He was inducted into the Country Music Hall of Fame in 2006.

15 thoughts on “Kennedy Center Honors: The Top 10 Contenders For This Year’s Recipients In Order”