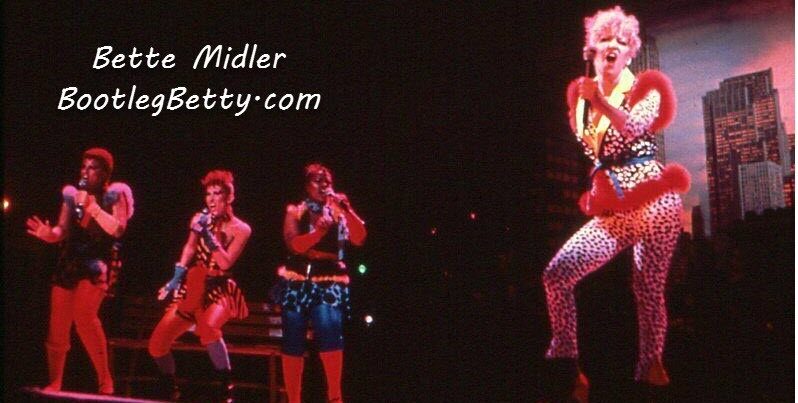 Bette Midler wants to get down to brass tacks.

Her “Kiss My Brass” tour is all about that — theatrical, upfront and outspoken — just like the brassy star. But it also has a literal meaning.

“I hadn’t had a horn section before,” she said in a phone interview. “That made sense. They add so much to the music.”

The Divine Miss M will perform at the Everett Events Center at 8 p.m. Dec. 7 as part of a 30-city tour this year.

She’s no stranger to the Northwest, where she has done everything from a 1971 rock-opera production of “Tommy” to concerts at the Paramount Theatre.

This tour is her largest to date and the most ambitious musically.

Midler will be accompanied by “a regular band, with rhythm section, bass, drums, one trombone, two trumpets, two saxophones. It packs a wallop,” she said.

She is equally at home in blues, jazz, ballads, show tunes and rock. This tour has a liberal sprinkling of numbers from her newest album, “Bette Midler Sings the Rosemary Clooney Songbook.”

“It’s a real show, not just a concert,” she said. “It’s a very beautiful show. It’s the prettiest show I’ve ever done — and the largest. We have the Harlettes [her backup singers] in the show and a video screen with a couple films we’ve made. The mermaid is back, on her way to Broadway with mangled Broadway music. And everybody’s favorite songs, my biggest hits.”

That would be a considerable roster given Midler’s long career.

At the outset of other stops on the tour, she has descended from a carousel horse for a show that draws liberally from earlier tours, a kind of “greatest hits” of characters and acts, including Midler in a sailor suit, Midler as Delores Delago, Midler singing “Skylark” and “Boogie Woogie Bugle Boy” from her early days performing at New York’s Continental Baths, where she first teamed up with Barry Manilow.

She revisits rock ‘n’ roll with such songs as “Do You Want to Dance?” and “Chapel of Love,” and sings show tunes from her role as Mama Rose in the TV movie “Gypsy.” “When a Man Loves a Woman,” another Midler hit, is in the show, as well as “Wind Beneath My Wings” and “The Rose.”

Starting with the 1970 Broadway production of “Fiddler on the Roof,” in which she played Tevye’s daughter Tzeitel, Midler’s persona has become much larger than her 5-foot-1 stature. At 58, the four-time Grammy-winner (and winner of Tony and Emmy awards) is also a gifted actress and producer.

Midler was named after movie star Bette Davis, and she has long paid homage in song to great entertainers, from Marlene Dietrich to the Andrews Sisters. From the Clooney songbook, she said, “We’ll hear ‘Cool, Cool, Cool of the Evening,’ ‘Hey, There,’ ‘Tenderly,’ ‘Christmas Time Is Coming.’ ”

Connecting with audiences in a big theatrical production, working with sets, costumes, even swinging from rope lines, “is hard work,” Midler said. “It’s creative. I sing, dance, tell jokes; sometimes I lecture from the heart. It’s an opportunity to stretch a lot of muscles so they feel they know me.”

As well they might. Midler has noticed that in other artists’ tours, “the audience is looking at them; it’s very passive. Younger performers hardly speak. When I come out, the house lights come up. They laugh, they cry — it’s a very communal experience. There’s nothing better than that.”

Few singers have been as successful as Midler has been in film. An uncredited extra role in the 1966 movie “Hawaii” paid for her first trip to the mainland from her native Oahu. Since then, many of her films, including “The First Wives Club” (1996) and “Beaches” (1988), have been lauded, though she’s objective about it all.

“Some were fabulous, some awful, some enjoyable, some grunt work,” she said. ” ‘The Rose’ was the most interesting, had the most to do with who I was. They are all characters in my range. Doing ‘For the Boys’ [her Oscar-nominated 1991 role] was hard on my soul — and ‘Jinxed’ — they embittered me.”

But Midler is also grateful.

“I know it’s true: I should be proud. It’s a great ride; I’ve learned a lot. Some of the movies will go on and live on.”