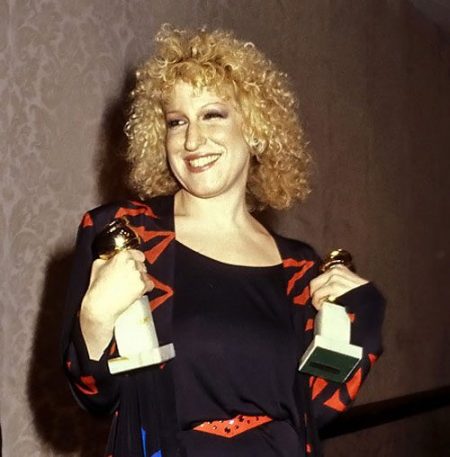 For about 40 years the Hollywood Foreign Press Association gave out a Golden Globe Award for “New Star of the Year.” Between 1948 and 1983 the group gave a trophy to a film newcomer whom they thought would have a big career. Sometimes the award was given to both a male and a female actor, some years just one award was given, and some years multiple winners of both sexes were named. The award was discontinued after a scandal in the early 1980s. Do YOU think it should be reinstated and, if so, who you would choose as the recipient at the 2018 Golden Globes?

Over four decades, the New Star of the Year Award gave early recognition to many people who would grow to become some of the film world’s most successful actors. A-listers such as Dustin Hoffman, Robert Redford, Jessica Lange, Paul Newman, Warren Beatty, Arnold Schwarzenegger, Bette Midler, Mia Farrow, Ann-Margret and James Earl Jones all won this award early in their careers.

The award seems to have been eliminated shortly after a huge Golden Globe scandal where a little-known night club singer and Broadway performer named Pia Zadora won for a softcore porn-type film called “Butterfly.” Zadora’s husband was the owner of a Las Vegas hotel and the luxurious junket he provided for voters seemingly convinced them to vote for the little-known Zadora, even though she was nominated against such performers as Kathleen Turner and Elizabeth McGovern.

This award is not to be confused with “Miss Golden Globes,” which is a somewhat dubious title given to the woman (and sometimes man) who carries the Globe statues onto the stage. This honor is only given to the daughters and sons of famous stars who want to break into the business. While people such as Laura Dern, Melanie Griffith and also her daughter Dakota Johnson have served as Miss Golden Globes, this title has rarely led to acting careers for its title-holders.

Do you feel the New Star of the Year Award should be reinstated? If so, who would you want to see honored at the 2018 ceremony? Share your thoughts and suggestions in the comments section below.

PREDICT the Golden Globe nominees now; change them until December 11

Visit our predictions center and let us know your Golden Globe film picks today. You’ll be competing against thousands of others, including top movie experts who cover the film industry throughout the year plus our own Gold Derby editors. Hollywood insiders are desperate to see how their films and performers are faring in our odds. You can keep changing your predictions until just before nominees are announced on December 11. And join in the fierce debate over the 2018 Golden Globes taking place right now with Hollywood insiders in our film forums. Read more Gold Derby entertainment news.

Should the Golden Globes reinstate ‘New Star of the Year’ award, and who would you choose for 2018 ceremony?