BetteBack Clams On The Half Shell 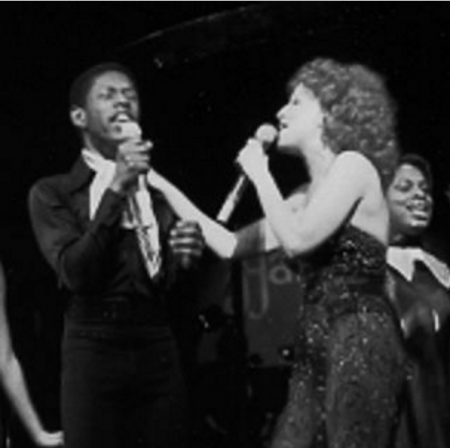 NEW YORK (UPI) â€” So great has been the demand for tickets for the divine Bette Midler‘s show at the Minskoff Theater that her run has been extended from four weeks to 10 weeks, ending June 21. Small wonder. The mop-haired, raunchy-tongued, trashily dressed singer took a year out of her notably successful career as an entertainer and recording star to put together a revue called “Clams on the Half Shell.” It was well worth the effort, for this is the most bubbly, amusing entertainment in New York this side of “The Wiz.”

“Clams” allows the Queen of the Continental Baths to display her versatility with song, ranging from hot rock to sentimental ballads,Â and her way with an audience in chit chat that is both endearing and outrageous. Although she is the most frenetic of entertainers, on the move constantly, her timing is extraordinary.

Anything goes in this show, which is dazzlingly set by Tony Walton and directed and choreographed by Joe Layton. Its overture is a medley from “Oklahoma” and it opens with “darkie” fishermen on a levee who fish up a clam containing the star revealinglyy swagged in shimmering seaweed. She goes into “The Moon of Manakoora” and the rest of the three-hour show is equally non-sequitur.

The first section is a series of unrelated skits in which Miss Midler is assisted by three disdainful dollies called the Harlettes, for no apparent reason. It winds up with an unscrolling Empire State Building atop which a blue shag King Kong holds a supine Miss Midler in his paw. Suddenly she is up and singing “Lullaby of Broadway.”

The second part opens with Lionel Hampton and a 17-piece band for a trip down memory lane with Miss Midler in concert, whirlingÂ phonograph records and a jukebox as a backdrop.

Her “Sentimental Journey ” and “Boogie Woogie Bugle Boy ” has the audienceâ€”a cross section of ages weighted on the youthful sideâ€”screaming screaming for more. The Andrew Sisters never had it so good!

A critical report would not be complete without kudos to musical director Don York and orchestrator Jimmie Haskell. The sound is big but only when it should be, and there can be no objection to that. Producer Aaron Russo has not decided to take the show on the
road, though he has had many offers. He’d be crazy not to.