The Telegraph
Supermodels Grown Up: How the fashion world is finally waking up to the power of the older woman
By Kate Finnigan, fashion features director
6 AUGUST 2016 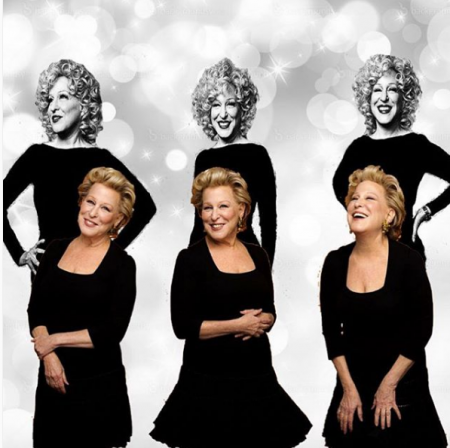 Ageing is trending. Is it the effect of the Queen turning 90 or is because as a population we’re getting older and older? (By 2020, the number of people over 65 will rise by 1.1 million.) Whatever the reason, being old, it seems, is cool. OK, old-er.

Older women are popping up in advertising campaigns ”“ that reflection not of ourselves but of our aspirations. Since CÃ©line hired writer Joan Didion, 81, as the face of its spring/summer 2015 collection, it’s become quite the thing in the fashion world to showcase your wares on the body of a woman who would once have been considered past it.

The original supermodels haven’t had such a workload since 1986. Last season, Cindy Crawford, Claudia Schiffer and Naomi Campbell posed for Balmain, while Eva Herzigova, Yasmin Le Bon, Stella Tennant and Nadja Auermann were scooped up by Giorgio Armani. Then Bette Midler appeared in a Marc Jacobs advert, followed this season by an ethereal Sissy Spacek.

Meanwhile, Grace Coddington is striking a pose for Calvin Klein, and on the high street Gillean McLeod, a former stylist who didn’t start modelling until she was 53, is the new body of H&M’s swimwear range. And in the Vogue centenary issue in May, Harvey Nichols bettered everyone with an ad featuring Bo Gilbert, a 100-year-old British woman. ”˜I dress for myself, I certainly don’t dress up for boys,’ she said of her moment in the fashion bible.

Amber behind the scenes on the shoot CREDIT: JEREMY BRODBECK FOR L’ORÃ‰AL PARIS REVITALIFT LASER RENEW THE DOUBLE CARE
”˜Fashion is much more open than it was, in terms of age, shapes and sizes,’ says Rosie Vogel-Eades, fashion bookings editor of Vogue, who also has her own casting agency. ”˜The people who are creating advertising have realised that they need to appeal to more of a 360-degree customer. It’s not the 18- to 25-year-olds who have the buying power now.’

Like the fashion world, the beauty industry is also waking up to the fact that baby boomers are the only ones with any cash to spend on face creams right now. Half of the current UK beauty market is over 50 ”“ and they spend on average Â£2,200 per year on cosmetics, according to online retailer Escentual.com.

So beauty companies know they have to get their messaging to this group right. The latest example is from L’OrÃ©al Paris, which has gathered together actress Andie MacDowell, 58, and models Helena Christensen, 47, Tatjana Patitz and Karen Alexander, both 50, and Amber Valletta, 42, to front a campaign for its new, most potent anti-ageing product Revitalift Laser Renew The Double Care. Presumably because, with their realistic laughter lines, they’re a fitting endorsement of the skincare’s tagline, ”˜Better than ever’.

Renowned German photographer Peter Lindbergh, who captured all the top models of the 1990s and created the classic Calvin Klein Eternity campaigns, has shot the five women barefoot on a beach ”“ part of his mission to bring realism to an industry often associated with the opposite.

”˜It should be the responsibility of photographers today to free women and finally everyone, from the terror of youth and perfection,’ he says.

As you’d expect from a collection of models who have settled comfortably into middle age, they have a few things to say about this new movement. Christensen, for one, thinks it’s downright insulting that now she’s over 40 she’s asked about the A-word at every opportunity.

”˜I find it quite trivial to even talk about,’ she says. ”˜I have no idea why there’s so much focus on ageing. Get a great face cream and move on!’

Loving that attitude, but there’s been such a dearth of visible older beauties in the advertising media (as her co-star Karen Alexander says, ”˜The story was, you worked until you were 28 or 30, then you were done’) that we probably do need to talk about ageing.

MacDowell agrees. ”˜It’s an ongoing process to teach people to be better towards women,’ she says over the phone from her base in Montana. Not seeing women past a certain age in the media, ”˜has everything to do with how we women present ourselves and our sense of self-worth.

‘For example, men have always been seen as getting more handsome as they get older, to the point where women started to believe that as well. It’s not true! You’ve been brainwashed! We all age at the same rate yet we’ve been told that we’re inferior.’

Alexander is a mother to three daughters, aged 25, 19 and four. ”˜Part of my job,’ she says, ”˜is to tell my daughters the truth, and the truth is that I’m 50, I’ve got some greys, I’ve got some wrinkles. This is what life looks like. It feels dishonest to do something to my face or body and then tell my girls, “You’re beautiful just the way you are.”’

Beauty may have made all these women their fortunes but that’s just skin-deep, according to Alexander. ”˜I’ve been in the industry since I was 15 and I know what goes into a photograph. A whole team has to be on set, it’s a fantasy, and I know I don’t really look like that,’ she says candidly.

”˜For me to feel and look beautiful is an inside job. The truth is that there is nothing that I need to do or buy or wear to be beautiful.’

While L’OrÃ©al might query this sentiment, it has hired these women as much for their voices and experiences as their looks. And women of a certain age ”“ well, we will speak our minds.