Bustle
How Accurate Is ‘The Wizard Of Lies’? The HBO Madoff Movie Feels True To Life For Actor Sophie Von Haselberg
ByALLIE GEMMILL
May 20, 2017 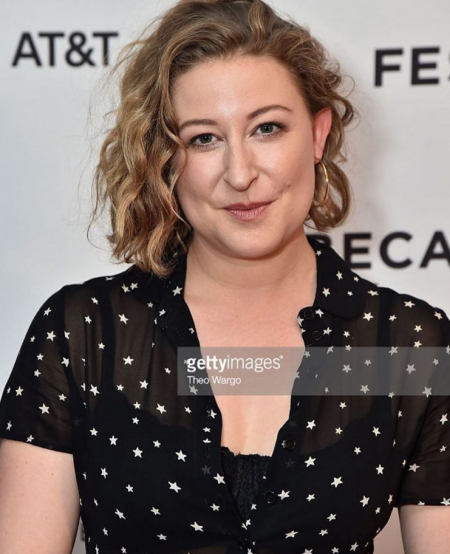 As HBO’s new drama, The Wizard Of Lies, shows, it seems that when the truth and lies of Bernie Madoff‘s legacy merge on-screen, the result will be explosive for everyone involved. How accurate The Wizard of Lies is may never be fully known, as many of the people involved with the crimes are imprisoned or deceased, but actor Sophie Von Haselberg, who plays Nicole De Bello, a member of Madoff’s legal defense team, says a large amount of preparation was involved.

“I, of course, tried to research as much as I could, but I think that obviously the leads of the film were in a very different situation. Like, I think that those people’s lives [the Madoffs, presumably] are incredibly exposed, so I imagine there’s a wealth of research to draw on,” she tells Bustle in a phone interview. “There was not very much that I could find, I have to say.”

So, Von Haselberg says she blended her own memories of the Madoff case with the film’s version of events to help bring the scandal to life on-screen. “I feel like I knew a pretty decent amount just because I’m a not-born-but-bred-New Yorker,” the 30-year-old says. “I feel like I devoured the New York Times every single day, so I feel like I was pretty aware of the case that was going on. So, I feel like I already had a pretty good sense of it, but then as the years go on, you sort of forget all of the details and how incredibly heartbreaking the real story is.”

For Von Haselberg, her real-life experience as an onlooker of the Madoff case informed her approach to the movie’s well-crafted script. “I was totally fresh to [the fictional world of the Madoff’s], because my part in this is so minute,” she told Bustle. “But also just reading the script was something that brought back vivid memories of this time. The photos, the pieces that were coming out about all the victims, and all of these things… I felt like I didn’t have any preconceived notions about the film, but definitely about the case.”

This led the actor to using the script as a her primary tool. “I think that script is just so rich and it gives you so much to play with. Even in a small role, it gives you a lot to sort of sink your teeth into. The script was definitely my primary support,” she says.

“Just reading the script was something that brought back vivid memories of this time.”
As the daughter of famed actor Bette Midler and an actor in Woody Allen‘s Irrational Man and the Wall Street drama Equity, Von Haselberg is no stranger to movie and TV sets. The Wizard Of Lies, though, is her first step into exciting new career territory. Naturally, the topic of important life advice she gleaned from her mother came up.

“It’s funny, you know. Recently, when I graduated from grad school, I was very intent on being an actor and on not really making my own work. Not because I didn’t want to, but for some reason I felt like I didn’t have the capacity. You know, the longer I was out of school, the longer my mom [Midler] kept on saying, ‘Sophie, you have to make your own work. Whether that means producing, writing a show, you just have to have a creative engine running inside you all the time,'” Von Haselberg tells Bustle.

She highlights how transformative that advice was, continuing, “In the last couple of years, that’s become so important to me. I’ve been producing a lot more and working on my own projects. It’s just an amazing way, I think, of having agency over your own career which, especially as a woman, I think is very important and rare. But it’s becoming increasingly less rare, which is exciting.”

As I wrapped up my time with Von Haselberg, she tells me, “I’m excited for anything that will come my way.” If The Wizard Of Lies is any sign of the momentum she’s making, then there’s no doubt more intriguing projects are on the horizon.