Mister D: So far only about 500 people have voted on this list and Freak Show is starting out in great shape. Let’s keep her in the spotlight. Make sure to go to Ranker and sign up. It’s easy. Then head on over and Click Here to vote.

Good drama films usually feature compelling characters and intriguing storylines, avoiding melodrama in favor of more realistic plot lines and complicated protagonists. Which drama movies of 2018 fit such a description? Vote on this list of 2018 drama movies. Give an up vote to the best drama movies of 2018 and down vote anything you feel is overrated or downright bad.

Forever My Girl Alex Roe, Jessica Rothe, John Benjamin Hickey Forever My Girl is a 2018 romantic drama film directed by Bethany Ashton Wolf. After being gone for a decade, a country star (Alex Roe) returns home to the love (Jessica Rothe) he left behind.

The Strange Ones Alex Pettyfer, James Freedson-Jackson, Emily Althaus Strange Ones is a 2017 American drama film directed by Christopher Radcliff and Lauren Wolkstein. Mysterious events surround two travelers as they make their way across a remote American …more

Nostalgia Jon Hamm, Nick Offerman, Amber Tamblyn Nostalgia is a 2018 American drama film directed by Mark Pellington. A group of people is connected through a loss.

First Reformed Ethan Hawke, Amanda Seyfried, Cedric the Entertainer First Reformed is a 2017 American drama thriller film directed by Paul Schrader. Grieving over the death of his son, an ex-military chaplain (Ethan Hawke) is further challenged when a young …more

Every Day Angourie Rice, Maria Bello, Debby Ryan Every Day is a 2018 American romantic-drama directed by Michael Sucsy, based on the novel by David Levithan. 16-year-old Rhiannon (Angourie Rice) falls in love with a spirit named A, a traveling…more

The Rider Brady Jandreau, Tim Jandreau, Lilly Jandreau The Rider is a 2017 American drama film directed by Chloé Zhao. After suffering a near-fatal head injury, a young cowboy (Brady Jandreau) undertakes a search for a new identity and what it …more

A Fantastic Woman Daniela Vega, Francisco Reyes, Luis Gnecco A Fantastic Woman is a 2017 Chilean drama film directed by Sebastián Lelio. Marina (Daniela Vega), a waitress who moonlights as a nightclub singer, is bowled over by the death of her …more

Lean on Pete Charlie Plummer, Chloë Sevigny, Travis Fimmel Lean on Pete is a 2017 British drama film directed by Andrew Haigh, based on the novel by Willy Vlautin. A teenager (Charlie Plummer) gets a summer job working for a horse trainer and befriends…more

Foxtrot Lior Ashkenazi, Sarah Adler, Yonatan Shiray Foxtrot is a 2017 Israeli drama film directed by Samuel Maoz. An affluent Tel Aviv couple learns that their son, a soldier, has died in the line of duty.

A Prayer Before Dawn Joe Cole, Vithaya Pansringarm, Panya Yimmumphai A Prayer Before Dawn is a 2017 British-French drama film directed by Jean-Stéphane Sauvaire. The true story of an English boxer (Joe Cole) incarcerated in one of Thailand’s most notorious …more

Adrift , Shailene Woodley, Sam Claflin Adrift is a 2018 American romance drama film directed by Baltasar Kormákur, based on a true story. When Tami (Shailene Woodley) and Richard (Sam Claflin) are hit by a storm while sailing, …more

The Seagull Saoirse Ronan, Annette Bening, Corey Stoll The Seagull is a 2018 American drama film directed by Michael Mayer, based on the novel by Anton Chekhov. During one summer visit to her brother and her son (Billy Howle), an aging actress …more

Journey’s End Sam Claflin, Asa Butterfield, Paul Bettany Journey’s End is a 2017 British war film directed by Saul Dibb, based on the play by R. C. Sherriff. In a dugout in Aisne in 1918, a group of British officers, led by the mentally disintegrating …more

Aardvark Zachary Quinto, Jenny Slate, Sheila Vand Aardvark is a 2017 American drama film directed by Brian Shoaf. A mental health professional (Jenny Slate) falls for the brother (Jon Hamm) of a patient (Zachary Quinto) who may or may not be…more

A Kid Like Jake Claire Danes, Jim Parsons, Priyanka Chopra A Kid Like Jake is a 2018 American drama film directed by Silas Howard, based on the 2013 play by Daniel Pearle. Alex (Claire Danes) and Greg Wheeler (Jim Parsons) has always known that their…more 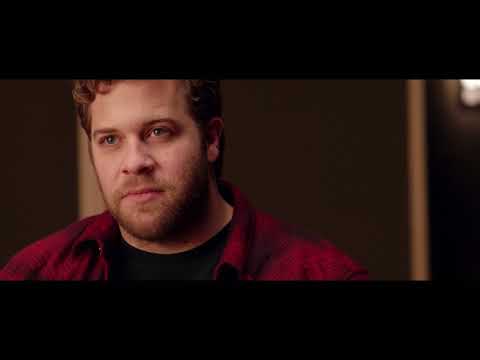 Like Me Addison Timlin, Ian Nelson, Larry Fessenden Like Me is a 2017 American film directed by Robert Mockler. A loner (Addison Timlin) sets out on a crime spree that she broadcasts on social media.

Outside In Jay Duplass, Edie Falco, Kaitlyn Dever Outside In is a 2017 American drama film directed by Lynn Shelton. An ex-con (Jay Duplass) struggling to readjust to life in his small town forms an intense bond with his former high school teacher (E …more

Permission Rebecca Hall, Dan Stevens, Morgan Spector Permission is a 2018 romantic dramedy film directed by Brian Crano. A woman (Rebecca Hall) on the brink of a marriage proposal from her boyfriend (Dan Stevens) is impeded by the suggestion of her brot …more

The Commuter Liam Neeson, Vera Farmiga, Patrick Wilson The Commuter is a 2018 psychological thriller-horror film directed by Jaume Collet-Serra. While on his daily commute home, an insurance salesman (Liam Neeson) is offered $100,000 if he identifies a hi …more

The Forgiven Forest Whitaker, Eric Bana, Jeff Gum The Forgiven is a 2017 British drama film directed by Roland Joffé, based on the play The Archbishop and the Antichrist by Michael Ashton. After the end of Apartheid, Archbishop Desmond Tutu (Forest W …more

Pickings Elyse Price, Joel Bernard, Katie Vincent Pickings is a 2018 American neo-noir crime film directed by Usher Morgan. When a short-tempered mobster and his gang of thugs try to shake down a neighborhood bar, they’re soon confronted with the wra …more
Share A little Divinity