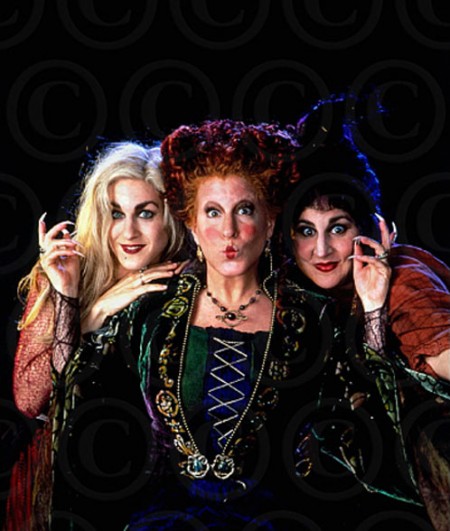 HOLLYWOOD has always had a steady flow of movies that feature witches.

This year alone, weâ€™ve had at least three movies that involve witchcraft. In the campy Hansel & Gretel: Witch Hunters, Famke Janssen plays a witch named Muriel; Beautiful Creatures sees Emmy Rossum as Lena Englet who has to decide whether to battle good or bad; and in Oz The Great And Powerful, Michelle Williams plays the good witch while Mila Kunis and Rachel Weisz are the bad witches.

In many of these â€œwitchâ€ films, there always seems to be three witches that are featured. There is a possibility that the number â€œthreeâ€ links to the three facets of Wiccan goddesses â€“ the maiden (virgin), the mother, and the crone or old woman. It could also just represent the three stages of womanhood.

Here are some familiar witch movies:

In the opening scene of Roman Polanskiâ€™s 1971 film Macbeth, three witches â€“ the maiden, mother and crone â€“ predict the rise of a king named Macbeth, who is just a regular soldier. An adaption of one of William Shakespeareâ€™s darker works, Polanskiâ€™s film, produced by Hugh Hefner, founder of Playboy Enterprises, is rated â€œXâ€ (above-18 only) due to its violence and nudity.

The Black Cauldron was the first animated Disney film to be slapped with a PG (parental guidance) rating. This fantasy-adventure film sees a young pig farmer, Taran, out on a mission to destroy the black cauldron before the Horned King uses it to wake the undead. The witches gain possession of the cauldron and trade it for Taranâ€™s magic sword, only to reveal that the cauldron cannot be destroyed unless a living being jumps into it. Nice.

When three life-long friends meet up for drinks to vent about men, their psychic bond conjures â€œMr Rightâ€. Itâ€™s not made clear to the audience the powers these women possess, but their wish did bring the Prince of Darkness, Daryl Van Horne (Jack Nicholson), into their lives for one heck of a ride.

This light comedy, featuring soul-sucking witches, is one of the most nostalgic movies for children of the 1990s. After 300 years, the Sanderson sisters are resurrected by Max who just wanted to impress his dream girl Allison and spook his little sister Dani. As the witches return to life, Max, Dani and Allison run off with the witchesâ€™ vital spell book. In order to stay alive and get their immortality back, the sisters have to recite a magic invocation from the stolen spell book before dawn. Otherwise, they will be gone forever.

Stardust is a love story of a charmingly naive boy who finds a â€œfallen starâ€, who turns out to be a dame. The boy tries to keep her safe from witches who seek the fallen star and consume her heart for eternal youth.

â–  New witches on the block, Michelle Williams, Mila Kunis and Rachel Weisz star in Oz The Great And Powerful which opens in cinemas nationwide on Thursday.

4 thoughts on “Witches Old And New”