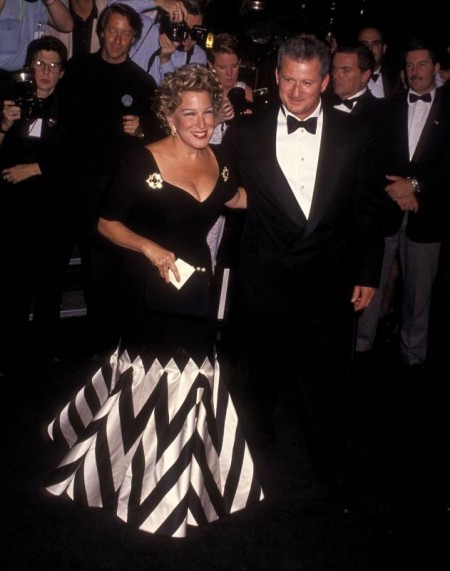 The gala bash in New York doubled as an awards ceremony.

Domingo, Midler and Franklin were among the recipients of the award, a gold rose.

Actor Tim Robbins accepted the award on behalf of Magic Johnson. Audrey Hepburn was another absentee; she’s in Somalia to help the starving people.

But movie star Sophia Loren came in person to claim hers. After accepting her gold rose from Valentino, she told the audience, “I wish I could talk to him just in Italian. I hope I really deserve what he gave me.”