To say it’s going well for Bette Midler would be an understatement.

Midler tweeted an image of an official proclamation declaring 21 April shall now be known as Dolly Day.

‘Over the moon and overwhelmed with gratitude as NYC Mayor proclaims April 21 as “Dolly Day”.’ 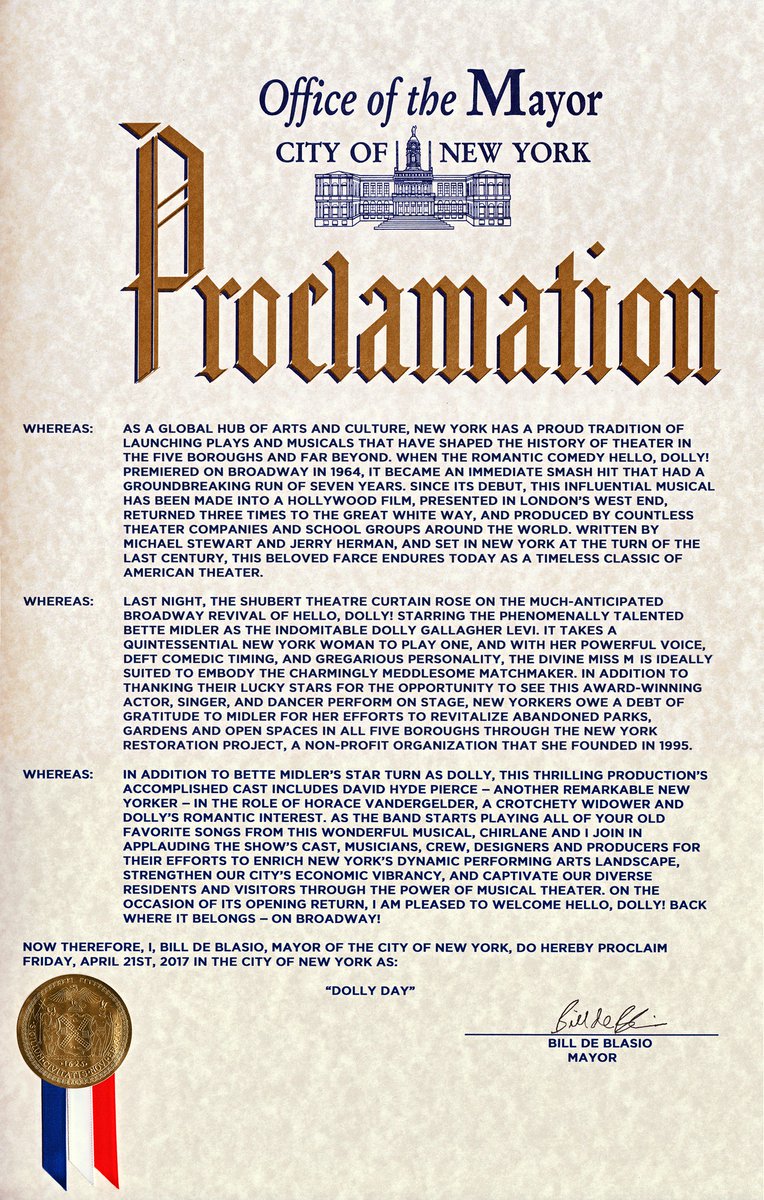 Wow, wow, wow, fellas! Look at the old gal now! Over the moon and overwhelmed with gratitude as NYC Mayor proclaims April 21 as “Dolly Day”.

In his proclamation, de Blasio lauded Hello, Dolly!’s history – from its seven-year run and its three Broadway revivals, as well as runs around the world, and its film adaption.

‘It takes a quintessential New York woman to play one, he said.

‘And with her powerful voice, deft comedic timing, and gregarious personality, the divine Miss M is ideally suited to embody the charmingly meddlesome matchmaker.’

Apart from the new name, there will (sadly) be no change to 21 April proceedings – no parties, no time off, and no free tickets, either.

Midler could also not resist letting her famed humor come out to prank her audience – and a few fellow cast members – during the final bows.

After receiving two bouquets and stepping back for one last bow, Midler took her chance.

As the curtain began to fall, so did Hello, Dolly!’s star.

Much to the audience’s delight, Midler collapsed onto some of her first concerned, then visibly amused, co-stars.