Jerry Zaks, Tony nominee for his direction of “Hello, Dolly!” with Bette Midler. “It’s a really sweet moment for me,” Zaks said of his first nomination in two decades. (Theo Wargo / Getty Images)

Jerry Zaks, director of the hit Broadway revival of “Hello, Dolly!,” has known success before. His Tony Award nomination for “Dolly” is his eighth, and he’s already taken home four Tonys for such shows as the 1990 production of “Six Degrees of Separation” and the 1992 revival of “Guys and Dolls.”

But nothing prepared him for directing Bette Midler and the “Dolly” juggernaut, which has won critical praise, earned 10 Tony nominations and broke the box-office record for first-day ticket sales. The top ticket price of $748 is second only to “Hamilton” and its $849 premium seats.

As Zaks laughs his way through an interview, it is clear how much the 70-year-old actor-turned-director relishes his turn at the helm. Enamored of “Hello, Dolly!” since college, he says directing the show has been “a lifelong dream come true.”

Let’s first trace your romance with “Hello, Dolly!” over the years.

In the mid-’60s, not long after I gave up the idea of becoming a doctor, I stood in the back of the St. James Theatre to see “Hello, Dolly!” and I experienced a kind of ecstasy. I went back again and again, to see the show starring not only Carol Channing, but also Pearl Bailey and Ginger Rogers. And each time, something extraordinary happened to me. I had no thoughts then of being a director, but I knew I wanted to be involved with a show that would do to an audience what that show did for me. When Scott Rudin told me nearly two years ago that he got the rights to “Hello, Dolly!” and asked me to direct it, I was stunned.

Had you worked with him before?

I did the film “Marvin’s Room” for him and the Broadway revival of “A Funny Thing Happened on the Way to the Forum.” Let me make it really clear that none of the wonderfulness of “Hello, Dolly!” would have happened but for him and his drive to do this. He too as a kid saw this show. He loved the show too. Deeply.

Within a few days, Scott had delivered to me 40 binders full of research and scripts: the script for Thornton Wilder’s play “The Matchmaker,” pre-Broadway scripts for “Hello, Dolly!” and the revised New York script. … We immersed ourselves in all things “Dolly,” going through scripts line by line to see if we could cherry-pick material that was perhaps overlooked and might be useful to us.

Then Scott was able to convince Bette to do it.

What was your reaction to the notion of Bette Midler as Dolly Levi?

When Scott told me that Bette wanted to do it, I was beside myself. I can’t tell you how happy I was. I’d had other conversations over the years about doing “Dolly,” and hers was always the first name that came up. Scott had worked with Bette, and as she since has said, “he nagged me and nagged me until I finally said yes.” I was thrilled.

How would you characterize working with her all this time on the show?

She’s the hardest-working actress you could imagine. Her relentless pursuit of perfection and getting everything just right made working with her an absolute joy. Even now, I go upstairs before a matinee just to say hi, and she’s got the script in her hand. She’s also a great improviser and a great clown. Every time something goes wrong — and it happens — she’s turned it into theater gold.

Could you give an example?

In one performance, she was just about to sing and she started to cough. And cough. Gavin Creel, who was in the scene with her, ran offstage to get her some water. She took a sip of it, and she said something like, “Live theater, folks, what are you going to do?” Roar from the crowd. Then she flopped down on her back, got up, faced the audience, said “wish me luck” and started the song.

What happens when everything’s going well?

You see what a great actress she is. Right after the opening, when she steps aside to talk to her late husband Ephraim, you can hear a pin drop. We go from the excitement of the opening number, with its hustle and bustle at Grand Central station, to her, in a single light, with no music. It’s Bette’s acting ability that makes you believe she’s really talking to the man she loves. She turns the stage into a big close-up.

Midler usually works alone, and she hadn’t appeared in a Broadway musical since she debuted in “Fiddler on the Roof” 50 years ago. Was that a problem?

She said early on to me, “Jerry, I’m used to working by myself and making all the decisions. I’m not used to being in a cast full of other people. How am I going to do that?” I assured her that she was capable of doing it. It’s just about practice and trust. Watch the way the Cleveland Cavaliers pass the ball. There’s LeBron James and there’s Bette Midler. LeBron James without his team is just LeBron James. But with his team, he’s the best show in town. 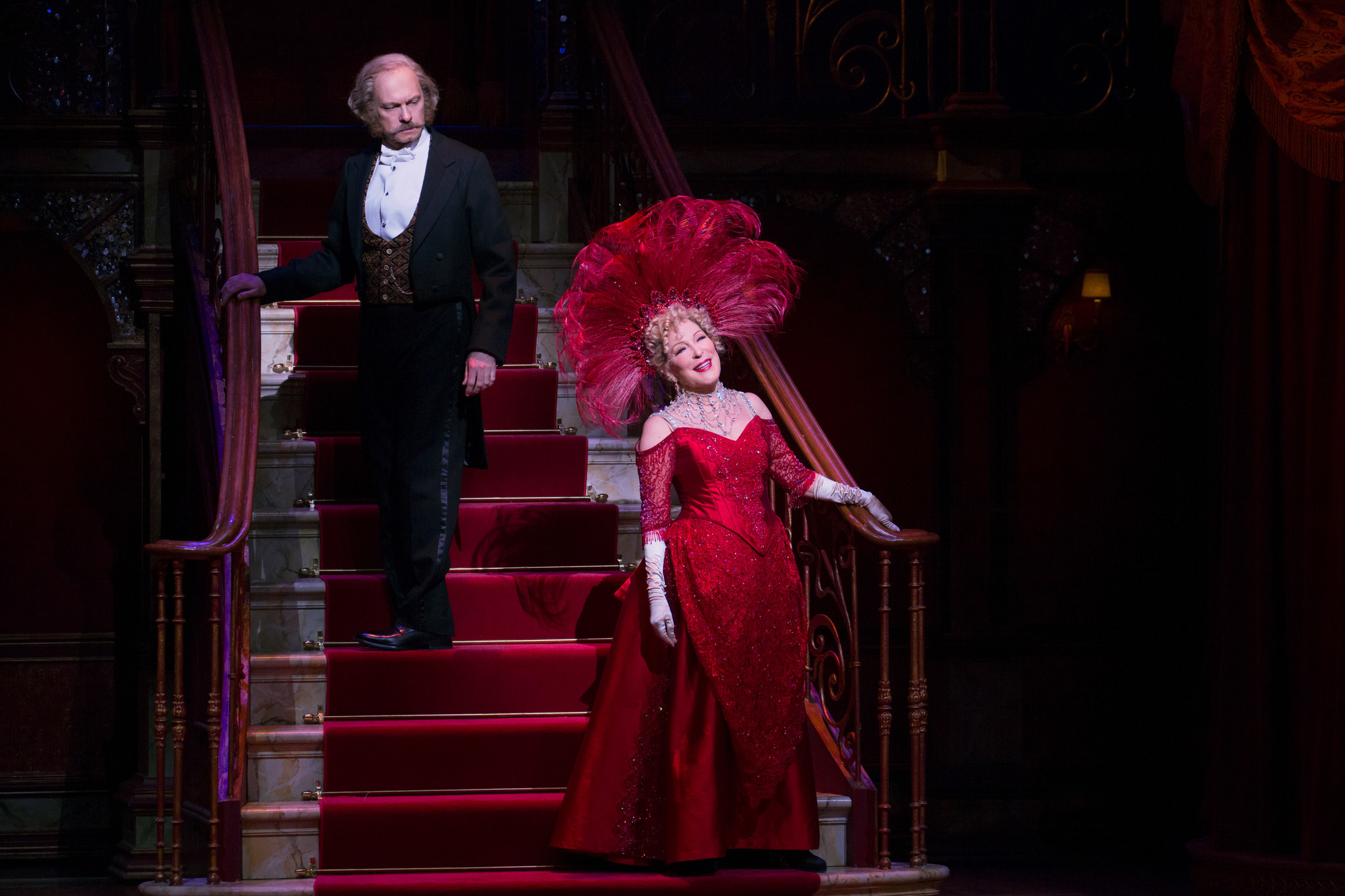 How do you direct someone like the Divine Miss M?

Is that what happened in the show-stopping courtroom scene where Dolly is sitting by herself, polishing off a chicken dinner?

So you gave her that structure?

I gave her that structure, but she turned it into genius. She made it better. Working with her on that scene was like handing somebody a recipe and having them turn it into a sumptuous feast.

Did you ever expect this reception to the show?

No. I was too busy trying to get the show right. Who knew what people were expecting? I knew midway through rehearsals that it all looked right and moved well, and I knew the set and costume designs by Santo Loquasto would be terrific. But we do it for months without an audience, and one tends to forget the effect of the show on an audience and the extraordinary love affair that audiences have with Bette before she even opens her mouth. And with David Hyde Pierce too. I must say that as soon as he appears, he gets rapturous applause. So to watch the two of them navigate their way through this wonderful love story — it just doesn’t get better than that.

What do you think the show triggers in the audience?

Pure joy. They come in with high hopes now, post-opening, having been told by critics that they would have a good time. When the house lights dim at the top of the show, the anticipation is palpable. We hoped for that. We never expected it.

Do you have a sense of how “Hello, Dolly! ” fits into your career arc?

I sure do. It had been 20 years since my last Tony nomination. There was a time when I was doing one or two shows each year that were really successful. Then I made a couple of bad choices, and I’ve been waiting to do a show that had as much impact as those earlier shows. The impact of this one has exceeded my wildest expectations. It’s a really sweet moment for me.

The review: Bette Midler and ‘Hello, Dolly!’ are a match made for Broadway

2 thoughts on “Q&A Jerry Zaks on directing Bette Midler in ‘Hello, Dolly!’ and his sweet return to the Tony Awards”