Proving once again that he’s a designer who’s always breaking new ground in fashion, Marc Jacobs cast Better Midler in the Marc Jacobs spring/summer 2016 ad, joining his other non-model muses Lana Wachowski and Sandra Bernhard for this season’s campaign. Jacobs called the 70-year-old entertainer a hero and said that she inspired him to pursue a career in fashion. The designer shared an image of Midler in one of his latest designs along with a lengthy, heartfelt tribute on Instagram:

What a privilege it is to know your heroes. My earliest memory of Bette Midler was somewhere around the age of nine years old. I remember (at that young precocious age) hearing about her performances in the basement of the Ansonia Hotelâ€™s, Continental Baths. I vividly remember the genuine excitement and love I had for Betteâ€™s music. I was curious and excited by her energy, power and the exuberance in her voice and bold, brassy glamour. To this day, I still credit Bette Midler (unbeknownst to her) with a large part of my foray into fashion design.

In the David Sims-shot photo for the campaign, Midler is wearing a graphic printed coat featuring a black and white image from a movie still, paired with metallic silver gloves. Her outfit is keeping in theme of Jacob’s theatrical show at NYFW last September that included plus size artist Beth Ditto modeling on the runway. Featuring Midler in such a stunning fashion ad not only sends a body positive message, but also continues Jacobs’ celebration of women, regardless of their age, shape, or style.

“I am sincerely honored to be a part of it,” Midler posted on Facebook about the Marc Jacobs ad campaign. Even though she’s humbled by being chosen to model the collection, there are plenty of reasons why Midler is perfect to represent the trendsetting brand: 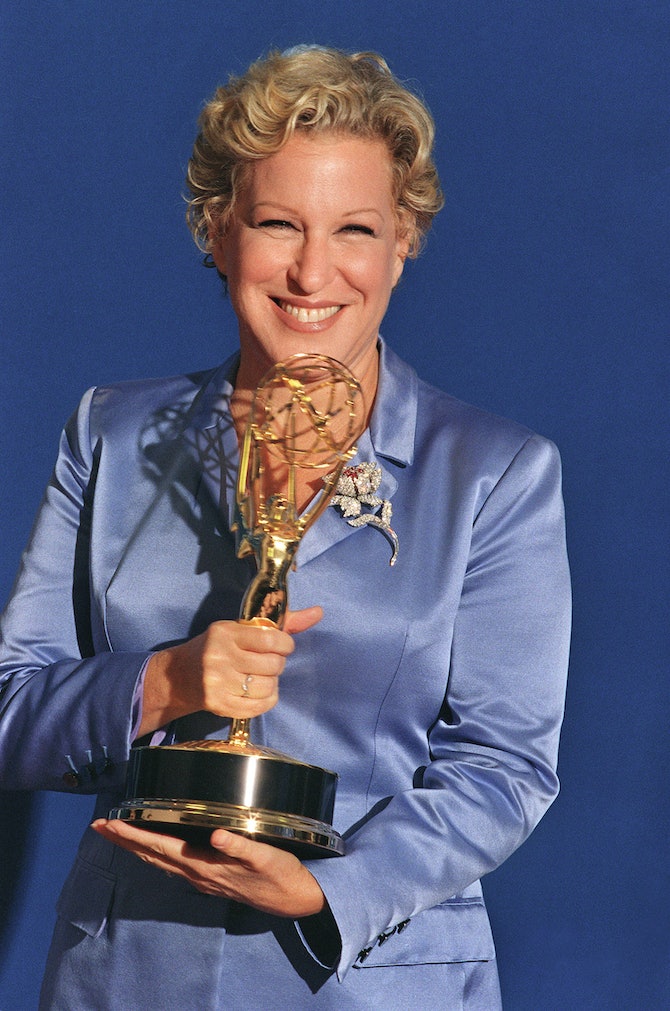 The Grammy, Emmy, and Tony award-winning Midler has starred in several of the most beloved movies of all time, including The Rose, Beaches, and everyone’s favorite Disney Halloween movie Hocus Pocus. 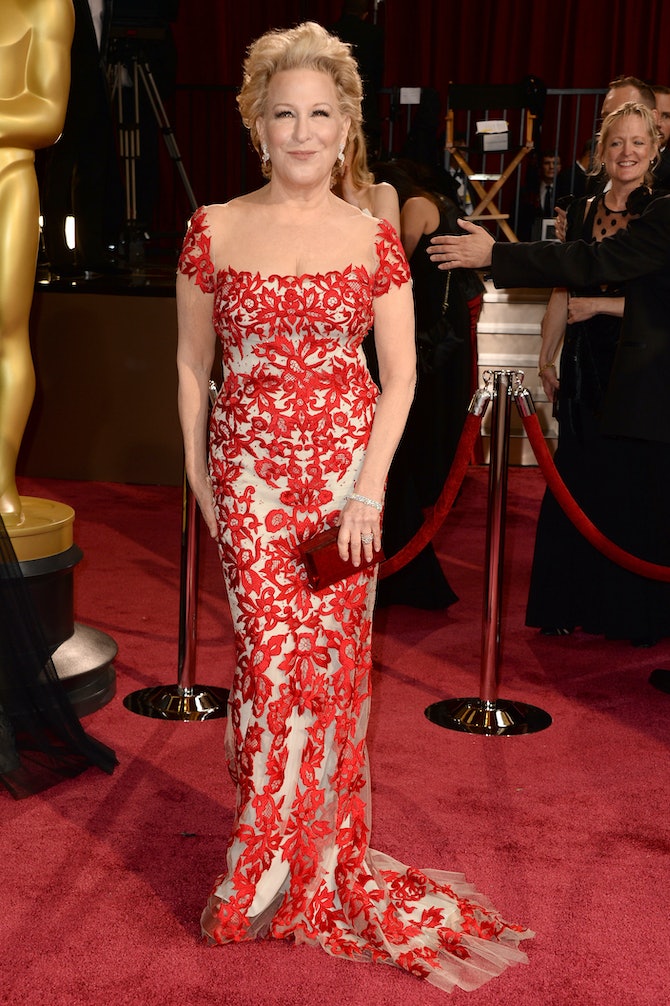 Throughout her career, Midler’s sense of style has stayed true to her outspoken and charming personality.

Her Stage Costumes Are Iconic

State that Lady gaga copied the â€œmermaid in a wheelchairâ€ act from Bette Midler is not an opinion, it is a fact:

Her onstage outfits, like her classic wheelchair-bound mermaid costume, has influenced everyone from Madonna to Lady Gaga.

Lenny Kravitz’s penis slipped out on stage? So what? Wait for the GOP Debate on tonight – there will be 10 dicks on stage!

It might be over the top, but after such a long, storied career in the business, Bette Midler can say whatever she wants. Long live, the Divine Miss M!