The Rock and Roll Hall of Fame ballots were mailed out to 800 potential voters this week, and Bon Jovi already has one big supporter in their corner: Bette Midler.

Speaking to Variety on the red carpet at her annual Hulaween Gala at the Cathedral of Saint John the Divine in New York on Monday, Midler raved about frontman Jon Bon Jovi, who she personally invited to perform at the event, which benefits The New York Restoration Project.

Midler says it’s the songs that are deserving of recognition, adding that one day she would like to record one of the group’s compositions.

“I want to make an album of nothing but Bon Jovi ballads,” she says. “I think they are really, really beautiful.”

Midler is no stranger to performing rock songs. The Divine Miss M — who continues to star in her Tony Award Winning performance of “Hello, Dolly!” until January — has recorded versions of the Rolling Stones’ “Beast of Burden” (Mick Jagger appeared with Midler in the 1984 video) and Bob Seger’s “Fire Down Below,” and of course played a Janis Joplin-esque rock singer in her Oscar-nominated performance of “The Rose.”

Bon Jovi currently leads the Rock and Roll Hall of Fame fan vote with 81,073 votes over the second-place Moody Blues. Dire Straits and the Cars have taken the third and fourth spots, with Judas Priest and Eurythmics in a close race to take the fifth spot. The Zombies, J. Geils Band, Depeche Mode and Nina Simone round out the rest of the nominees.  The deadline for voting is Dec. 5. The 2018 induction ceremony will be held at Cleveland’s historic Public Hall April 14, 2018. 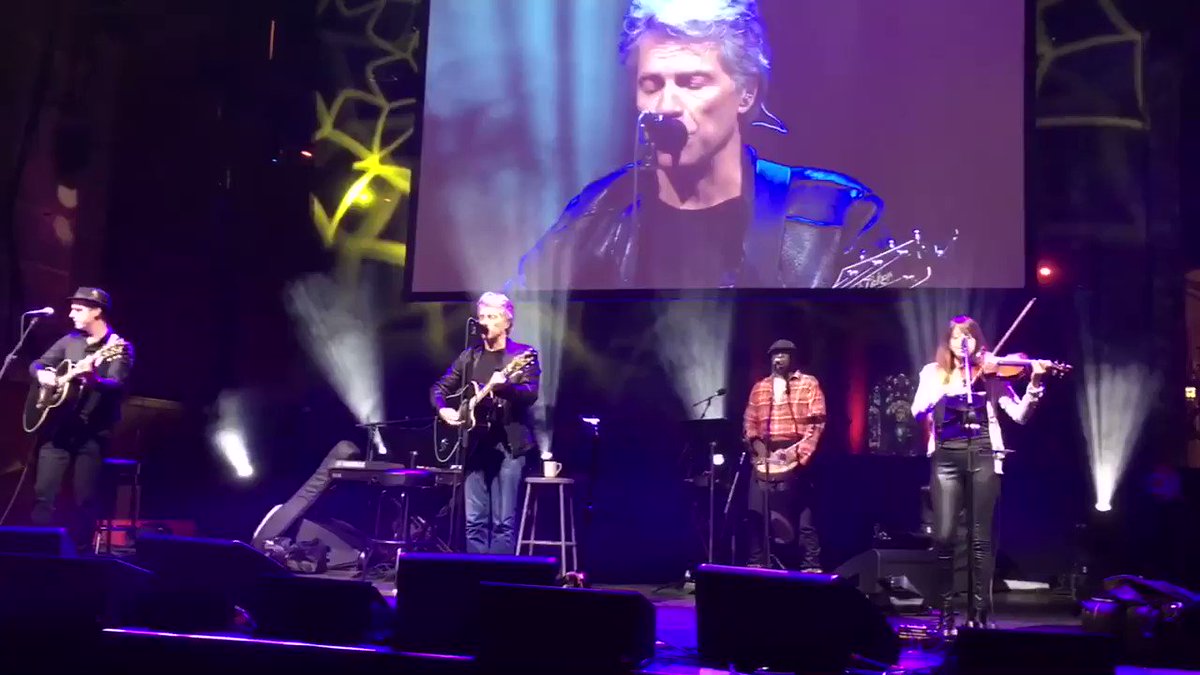 It wouldn’t be Halloween without Monster Mash @BetteMidler#NYRPHulaween #HappyHalloween