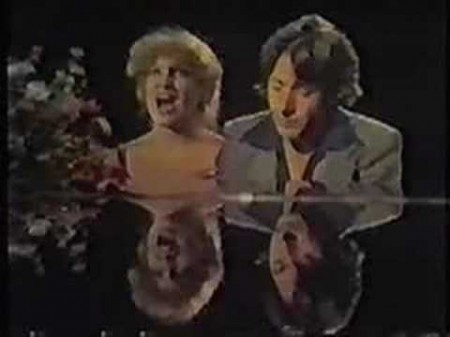 After four years of show business stardom, singer Bette Midler finally appears in her first television special today at 10 p.m. on Channel’4. For the TV industry it marks a small step forward.

Ms, Midler’s nightclub, concert and stage act Is raunchy, risk-taking, freewheeling and exuberant. Up until now theÂ TV networks, whose corporate cowardice should never be underestimated, have found her too hot to handle.

ABC signed her up for some specials, but what they had in mind was only the usual variety show sausage, with stars ofÂ other ABC series predominating as guests. Ms. Midler wisely walked away from that.

So tonight she’ll be on NBC with an hour entitled “Bette Midler: 01l’ Red Hair is Back.” Ms. Midler deserves credit for herÂ independence, because the show looks like her, not like some blue nose’s idea of what she should be.

For fans who have seen her in person, Ms. Midler’s dance card of about a dozen songs will sound like mostly familiar fare:Â “Friends,” “Hello in There,” “Do You Want to Dance?“, “Boogie Woogie Bugle Boy.”

The point worth noting, however, is that a major entertainer working in a distinctly individual way has finally won her way onto the little screen in recognizable and only lightly censored form. For the TV industry, which has agonized in the past over such trivialities as whether or not to let Cher’s navel be seen, that qualifies as at least a modicum of progress.

Many people think Bette Midler’s act is trashy and cheap, and many more think that her singing voice is scratchy andÂ erratic. But a lot of people like her and TV ought to serve them now and then, too.

“Donny and Marie” are always around for those who find Ms. Midler too tough to take. Ms. Midler is visibly proud of herÂ achievement.

“Here we stand before you,” she says on her special, “living proof that the moral standards that built this country have died.”

Not quite. About the bluest Ms. Midler is allowed to get in this telecast is when she says, “I want an hour dedicated to theÂ twin deities of Truth and Beauty,” and then gestures toward her breasts and adds, “Talk about your Big Events!”

An example of how Ms. Midler has been censored for TV is a line she often uses on stage to introduce herself and her back-up trio, the Harlettes. Describing their preparations, she likes to-say, “We washed, we showered, we FDS’d ourselves into a stupor!” FDS, an abbreviation for feminine deodorant spray, has been replaced in that line in this show by the verb, “gargled.”

Besides an ample serving of what Ms. Midler calls her “trash with flash,” her special has as its principal guest the actor,Â Dustin Hoffman. Turns out Hoffman can play a nice piano. He wrote the music and Ms. Midler the words to a song they singÂ tonight called “Shoot the Breeze.