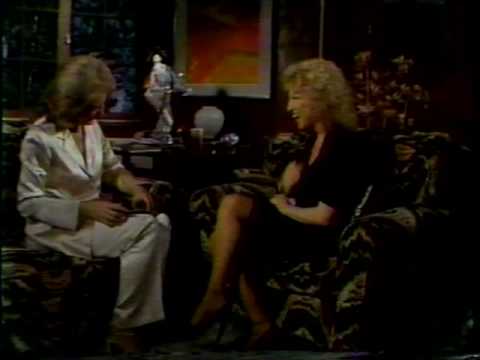 One thing even the most hostile critic of controversial ABC journalist Barbara Walters must concede:
She’s not afraid to share a screen with comely competition.

Tonight at 10 (Channels 5 and 23), for instance, she’ll be interviewing four glamorous performers: Bo Derek, who has evoked coast-to-coast chauvinist whistles as the title hot number in the movie “10”; “Charlie’s Angels” alumna Farrah Fawcett and her replacement in that series, Cheryl Ladd, and ‘”the divine Miss M,” stage,- recording and now screen star Bette Midler.

The program, Miss Walters reported from New York, did not start out to be an hour-long parade of pulchritude.

“We originally planned to have Farrah, Bette, James Garner and Fred Astaire. When Fred, whom I’d been trying to get for two years, told me that he was planning to get married (to 35-year-old jockey Robyn Smith), I felt that that news couldn’t be held until April. Av Westin, of ABC News, said he’d like to use it on ’20/20.’

“As it turned out, I liked the .combination of guests. I like the idea of four women. They go very well together. They complement and balance each other!

“A theme emerges â€” what we do with our idols, especially female idols, and how they handle success. “EACH OF these women, cornily, to use a soap opera term, is ‘at a crossroads,’ at a particular point in her life where she has a great many choices to make.

“Bo is on the brink of enormous stardom. After tremendous bad publicity, John has made the decision to direct all she does.

“Because of his so-called power over her, I’d heard that he would monopolize the conversation, but he doesn’t.

“THERE’S ONE fascinating exchange. I ask John, ‘If Bo was in an auto accident that changed her appearance, would you still be able to love her?’

“He can’t answer, and Bo looks at him. Then he says, ‘I fell in love with the way she looks.

“I DIDN’T want to do Bo Derek, she’d been done, but being able to get John made it different. It’s his first television interview. He’s usually offstage.

“Farrah’s marriage to Lee Majors has broken up.

She’s had film flops. She fired her manager and her publicity agent and is separated from her husband. For the first time in her life, she’s on her own, making her own decisions. She has a whole new life, a new love affair (with film star Ryan O’Neal).

“WE TALK about ‘Charlie’s Angels,’ Cheryl Ladd and how she feels when she reads things like ‘Move over, Farrah, here comes Bo!’

“Cheryl and David Ladd are divorced, but she’s convinced that marriage and a career can coexist. For the first time she tells that a year ago she almost had a nervous breakdown.

“She plays the piano beautifully. She talks about her relationship w i th F a r r ah a nd w h at happened to ‘Charlie’s Angels.

“Bette says she’s very close to falling apart. This has been her best year and her worst year. She’s up for an Academy Award for her first movie, The Rose.’ She’s written a book. Her Broadway show is being turned into a movie. ‘

“IT’S BEEN a traumatic year. Her mother died. She fired her manager, is separated from her boyfriend and has been having health problems.

“But it’s not all down, down, down. Bette is very f u n ny going over her pa s t ‘ l i fe and talking about ‘sex symbols.’ We may have to bleep some of it.