Bette Midler turned up for the Hello, Dolly! rehearsals this week and, being the consummate professional everyone knows her to be, she already knew the dance routines. Hello, Dolly! is going to be a very hot number on Broadway this year, and Page 6 reported that even before rehearsals officially began, Midler had spent weeks learning the dance numbers.

Page 6 reported that Bette Midler fans were horrified when they noticed Midler’s name spelled wrong on the marquee at the Shubert Theatre. However, a spokesperson for the theater advised that the sign was still in the process of being erected, and her name has now been spelled correctly. A representative for the play told Page 6 that everything was now in order.

“We are quite sure there is not a soul within a 15-block radius of Shubert Alley that doesn’t know the exact proper spelling of Ms. Midler’s name. You’ll be happy to know that both ‘e’s in Bette are finally back where they belong.”

Bette Midler is an Emmy, Tony, Golden Globe, and Grammy award winner and she returns to the stage on Broadway to star in Hello, Dolly!, one of the most popular musicals of all time. New York City Theatre reported that Midler will star alongside David Hyde Pierce. Classed as an “extravagant slice of entertainment,” Hello, Dolly! includes many Broadway showstoppers, including “Put on Your Sunday Clothes” and “It Only Takes a Moment.”

Hello, Dolly! is based on The Matchmaker, a Thornton Wilder play. The original show debuted on Broadway in 1964 with Carol Channing in the starring role. The musical was a huge success, winning 10 Tonys at that year’s award ceremony. Five years later it was adapted for the big screen with a cast led by Barbara Streisand and Michael Crawford. This year’s revival of Hello, Dolly! will be directed by four-time Tony winner Jerry Zaks and will be choreographed by Warren Carlyle. 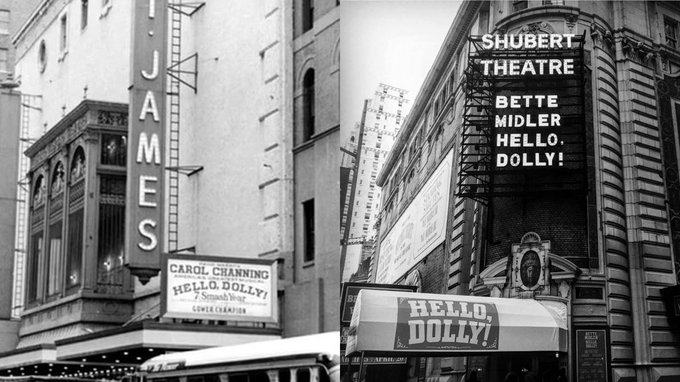 53 years ago today, we first said “Hello” to HELLO, DOLLY at the St. James. Can’t wait to meet again, @BetteMidler!

Hello, Dolly! tells the story of Horace Vandergelder, a rich and cantankerous widower who’s on the lookout for a wife. He engages the services of Dolly Gallagher Levi, a professional matchmaker, who already has his perfect match in mind – herself! Her goal is to make Horace realize that she is, in fact, his perfect match.

In other news, Parade magazine reports that Bette Midler’s beautiful song “Wind Beneath My Wings” will be sung by Idina Menzel in the remake of the 1988 film, Beaches. However, it will be a newly arranged version for Menzel, who stars in the role of CC Bloom in the TV remake, a role Bette Midler made famous.

“I grew up singing that song because I was a wedding and a bar mitzvah singer, so that was one of the most requested songs. So, Bette has been with me more ways than she knows.”

The original movie, Beaches, is now seen as a cult classic, which leaves both Menzel and her co-star Nia Long quite anxious about living up to audience’s expectations. Long admitted to ET that she was quite nervous about the role.

“I’m a little nervous. I want it to be successful, I want people to feel inspired and happy about it. It’s a big risk to remake a film that is beloved and respected and timeless.” 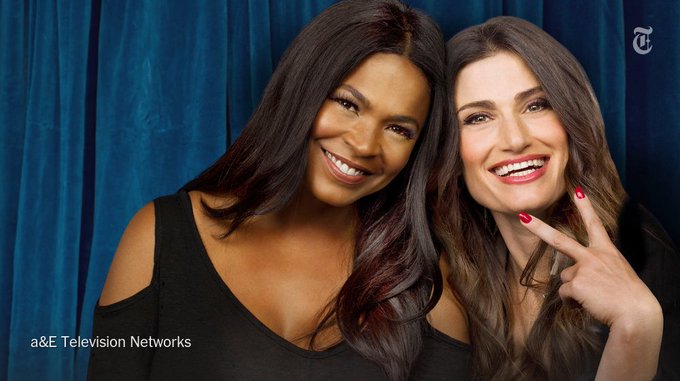 Mendez agreed with her co-star.

“This was a daunting thing for us and we wanted to do right by it. We know there are a lot of people out there saying, ‘Don’t mess with it.’”

Mendez joked that guests won’t be hearing the chart-topping track at her upcoming wedding to actor Aaron Lohr.

“Never! Are you kidding me?”