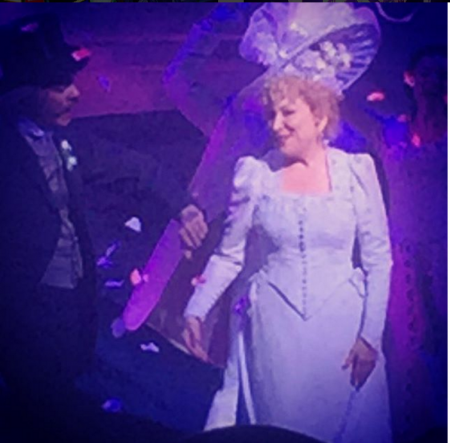 Gold Derby’s in-house trio of Tony Awards prognosticators — executive editor Paul Sheehan, contributing writer Sam Eckmann, and myself — met via webcam to discuss our reactions to the May 2 nominations and make early predictions on what productions and performers could win on June 11 (watch our slugfest above).

We jump right into our thoughts on what show will claim the Best Musical prize. I characterize the race as a close contest between the “sentimental favorite” “Dear Evan Hansen,” the spectacle “Natasha, Pierre, and the Great Comet of 1812,” which received the most nominations of any show this year with a whopping 12 bids, and “dark horse” “Come From Away.” Sam thinks that “Come From Away” could pull off an upset by noting that it’s a “cathartic,” “uplifting and inspiring” story. That prompted Paul to astutely compare it to recent Best Musical winner “Once,”  given their smaller scale, chamber musical qualities.

Although Sam and I quickly dismiss the slightest suggestion that Bette Midler(“Hello, Dolly!”) could lose in the Actress in a Musical category, Sam argues that there’s an exciting contest shaping up on the Actor side with Andy Karl (“Groundhog Day”) gaining momentum on early favorite Ben Platt (“Dear Evan Hansen”).

Moving onto the Play categories, Paul notes that the two contenders from Pulitzer Prize-winning dramatists Lynn Nottage (“Sweat”) and Paula Vogel (“Indecent”) under-performed in nominations. Alternatively, we all agree that “A Doll’s House Part 2” over-performed, leading us to think it could be the frontrunner to win the top honor. Sam points out that, in comparison to “Indecent,” “Oslo,” and “Sweat,” “Doll’s House” doesn’t project the same overt “weighty importance,” which makes it stand out significantly. We also think Laurie Metcalf could finally win her first Tony for her role in “Doll’s House,” although her competition with Laura Linney (“The Little Foxes”) could prove to be “the climactic diva battle” of the evening.

Reflecting on our personal favorite nominations and most upsetting snubs this year, Sam applauds the inclusion of the “absolutely phenomenal” Eva Noblezada (“Miss Saigon”) in the Actress in a Musical category, while lamenting the absence of Simon McBurney (“The Encounter”) from the Actor in a Play line-up. In that same category, I single out the “fantastic” Denis Arndt (“Heisenberg”) who has been long overdue for this type of industry recognition, but bemoan the snub of his brilliant co-star Mary-Louise Parker, especially since their pairing in the two-hander play could not have been better.

Watch the video above to hear all of our early thoughts on which performers and productions stand the best chance of taking home a Tony Award on June 11.

Predict the Tony Awards now; change them until June 11

Be sure to make your Tony Awards predictions. Weigh in now with your picks so that Broadway insiders can see how their shows and performers are faring in our Tony odds. You can keep changing your predictions until just before winners are announced on June 11. And join in the fierce debate over the 2017 Tony Awards taking place right now in our theater forums.