Bette Midler, a true Broadway legend, took home the best actress in a musical prize at the Tony Awards Sunday night. And she did so with all the class, glitz and drama her career of almost 50 years deserved.Accepting her best actress in a musical trophy for Hello, Dolly! Midler rattled off an impressive list of thank-yous before the orchestra started playing her off. “Shut that crap off!” she said, silencing the music and continuing her speech as the audience cheered, the whole thing clocking in at over four minutes. 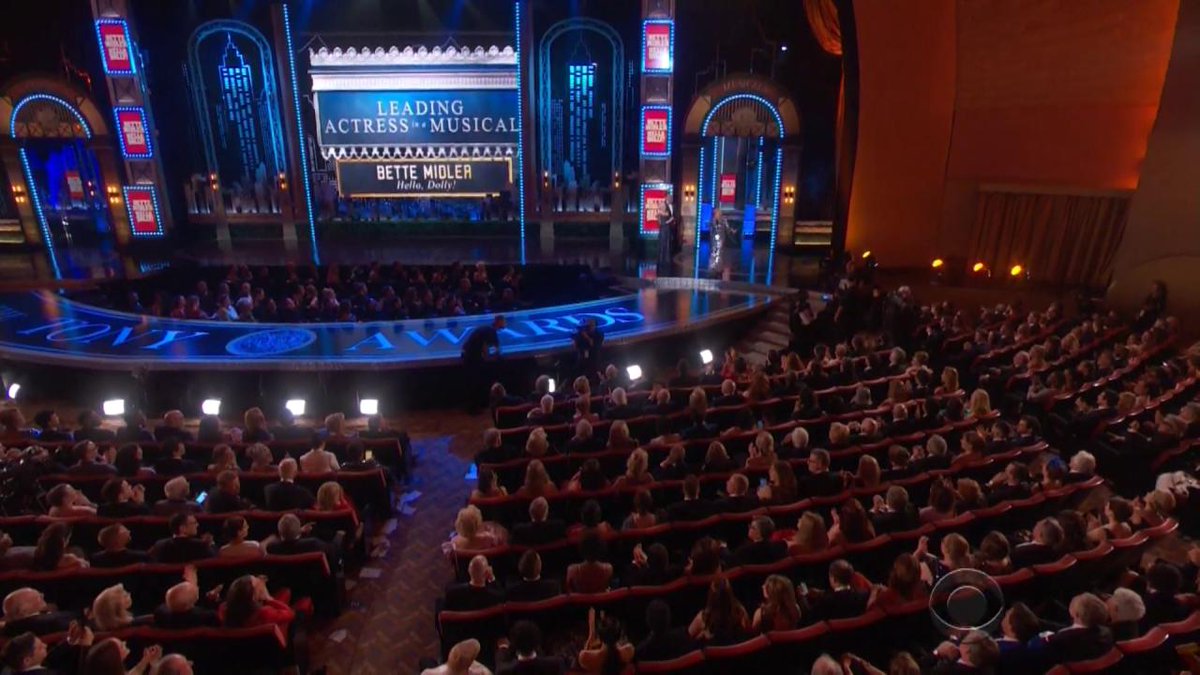 Midler continued her speech in the press room, taking the stage and immediately apologizing for all the names she somehow missed earlier. 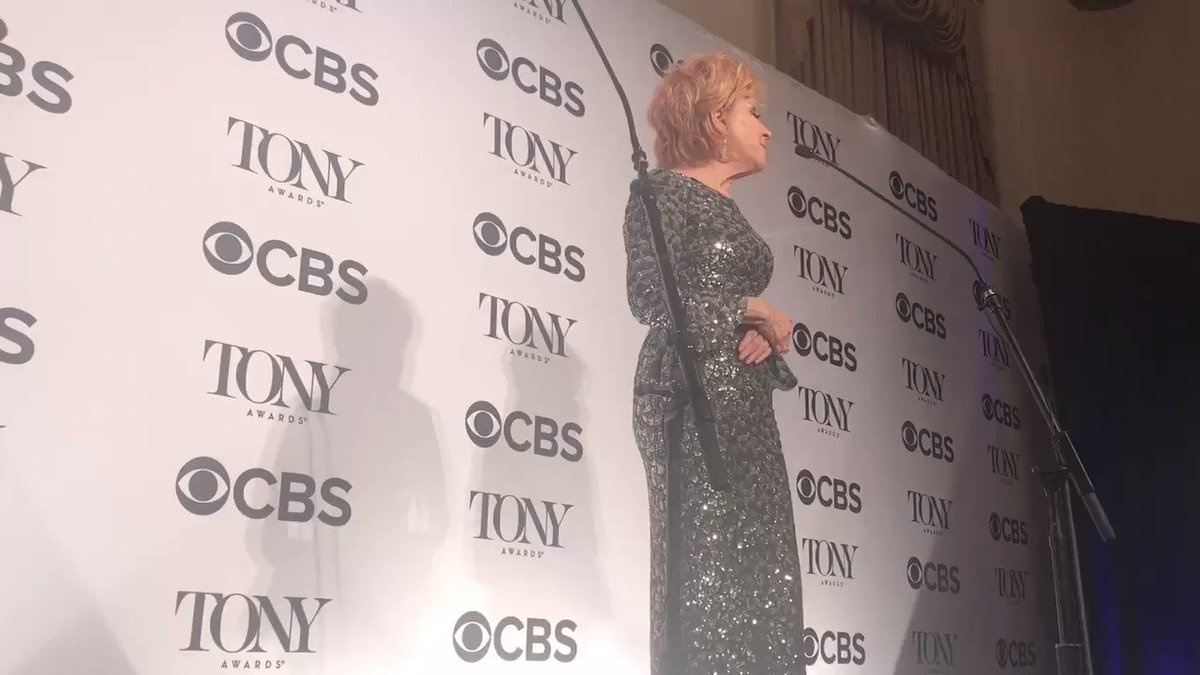 Midler’s second round of thank-yous also drove her to tears when she remembered the Hawaii locals who, when she was growing up in Honolulu, helped lift her out of poverty and introduce her to theater.

© ANGELA WEISS, AFP/Getty Images Bette Midler attends the 2017 Tony Awards – Red Carpet at Radio City Music Hall on June 11, 2017 in New York City. / AFP PHOTO / ANGELA WEISSANGELA WEISS/AFP/Getty Images ORG XMIT: 1 ORIG FILE ID…“(They) took me to the first restaurant I ever went to,” she said, her voice getting choked up. “I was really, really poor and (they) showed me there was another way, another way of life, and it was really marvelous.”

She ended her speech with a bang, declaring “Bette Midler for president!” and walking offstage. 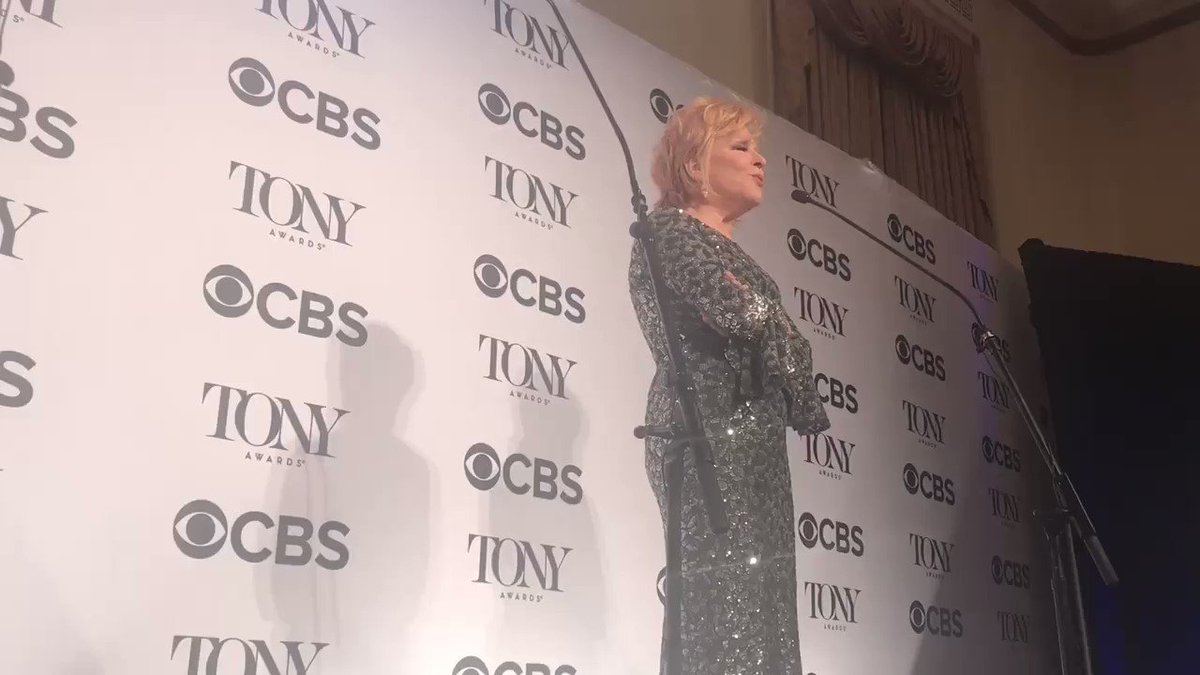 This Bette Midler speech had everything: she couldn’t get on the stage, she declared herself president AND she almost cried bless her 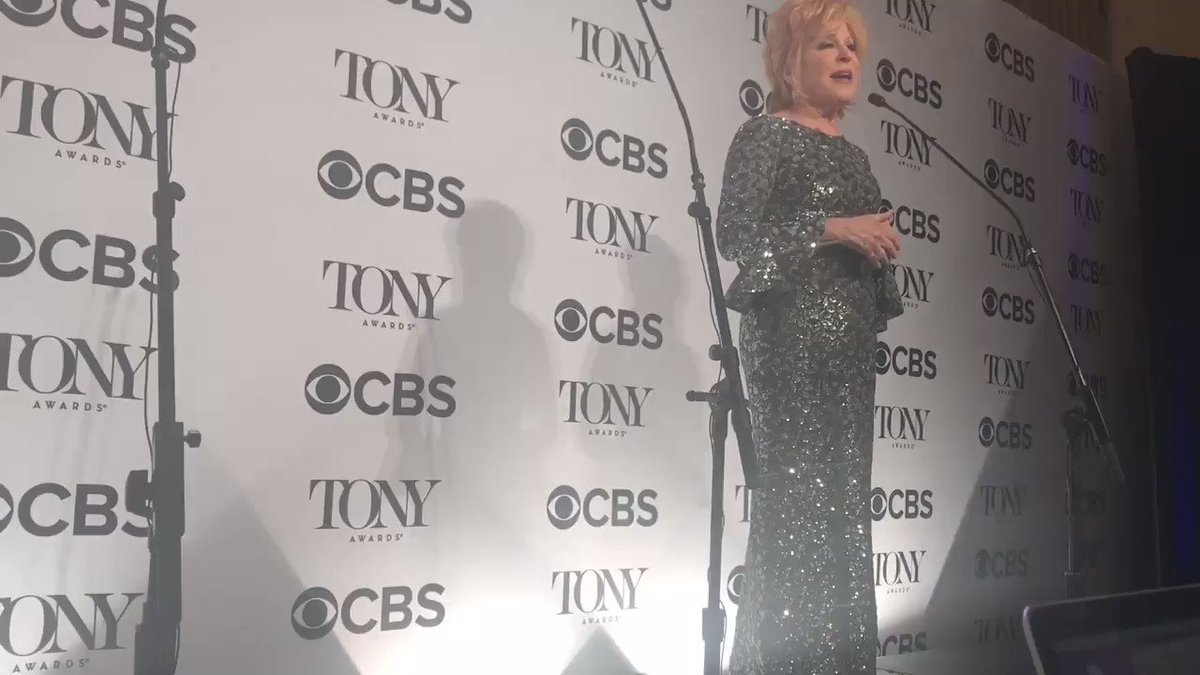 As if her earlier speeches weren’t enough, Midler also took to Twitter to thank her Hello, Dolly! cast. “In all the pandemonium tonight I neglected to thank the brilliant ensemble of ‘Hello Dolly,’ whom I adore,” she wrote. “Please forgive me kids! I’m old!”

Not too old to steal the show.

In all the pandemonium tonight I neglected to thank the brilliant ensemble of “Hello Dolly”, whom I adore. Please forgive me kids! I’m old!