It’s the president versus the actress.

Bette Midler and Donald Trump have made no secret of their mutual dislike for each other, but the actress’ latest dig at the US leader has sparked backlash online.

The president branded MSNBC reporter Mika Brzezinski “crazy” and said he once refused to meet her because “she was bleeding badly from a face lift”.

The comments sparked condemnation around the world and it was was enough to send Midler to her own social media where she shared a photo of the president playing tennis in a pair of tight white shorts.

She captioned the image: “Lard ass! Anyone as broad in the beam as this bum should think twice about slagging people about their looks!!” 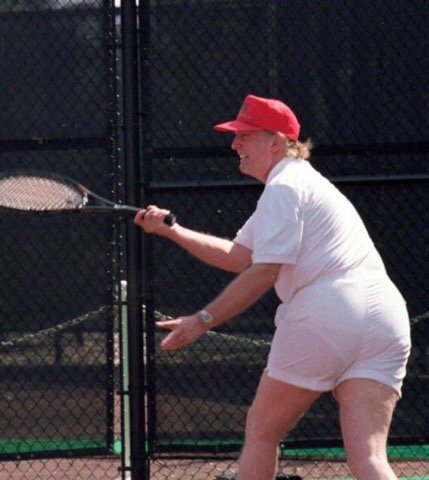 Lard ass! Anyone as broad in the beam as this bum should think twice about slagging people about their looks!!

While she won plenty of laughs for her remarks, some people were quick to accuse her of hypocrisy for “bullying” the president.

“Trump is not a good person, but if he was, the size of his rear wouldn’t matter, it’s not a persons looks, it’s what’s in their heart , or lack of,” wrote one fan on her Instagram page.

“So sorry. You are one of my most favorite stars but this is so unnecessary,” wrote another.

However, others were happy to laugh along with the actress.

What do you think? Is this hypocrisy? Or just giving Trump a taste of his own medicine?