Daily Mail
Hillary gets standing ovation from fans at Broadway production of Hello, Dolly! – and a backstage peck on the cheek from star Bette Midler
By KEITH GRIFFITH FOR DAILYMAIL.COM
PUBLISHED: 01:09 EDT, 28 July 2018 | UPDATED: 11:13 EDT, 28 July 2018

@bettemidler was EVERYTHING and more in #hellodolly at the #shuberttheatre. This is, hands down, my favorite broadway show. ALL of the performers in the show were AMAZING!! The dance sequences were PHENOMENAL and the vocals were PERFECT! I can’t say enough about it! AND, I got to see it with the love of my life, @ajustic1. ??? #bettemidler #phenomalwoman #broadway #show #nyc #newyork #newyorkcity #thecity #manhattan #music #musical #phenomenal #amazing #everything #boyfriend #partner ourlifetogether #crewlife #flightattendants #flightattendantlife #somuchfun ??

Hillary Clinton has received a standing ovation from her devoted fans while out on the town for the Broadway production of Hello, Dolly!

The audience at the Schubert Theatre in Manhattan gave an unrestrained cheer on Thursday night as they spotted the Clinton entourage entering and taking prime seats in Orchestra Level.

‘You can still be 46!’ one fan shouted over the roar of applause, referring to hopes for another Clinton presidential bid.

Star Bette Midler greeted Clinton backstage during intermission, where the former Democrat candidate delivered an impromptu address to the cast and crew. 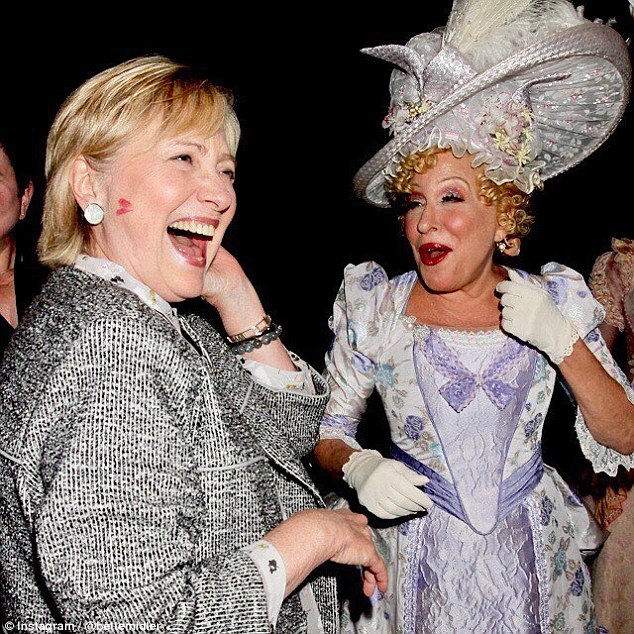 Hillary Clinton is seen greeting Bette Midler during intermission during Thursday evening’s performance of Hello, Dolly! at the Schubert Theatre in Manhattan 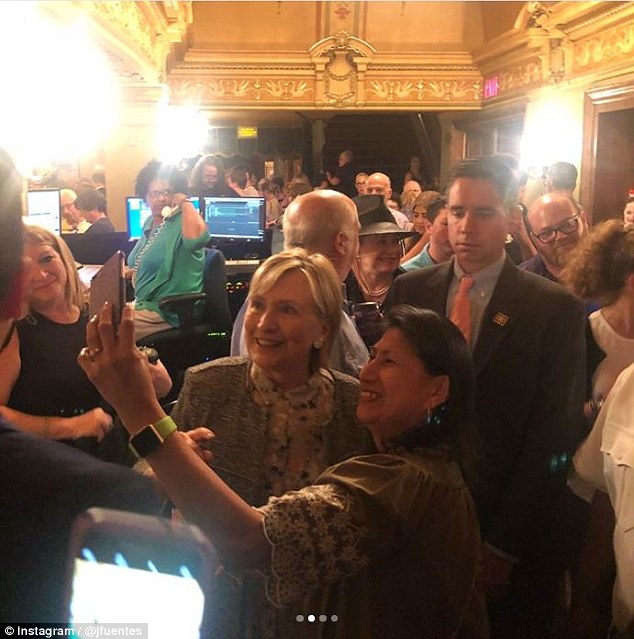 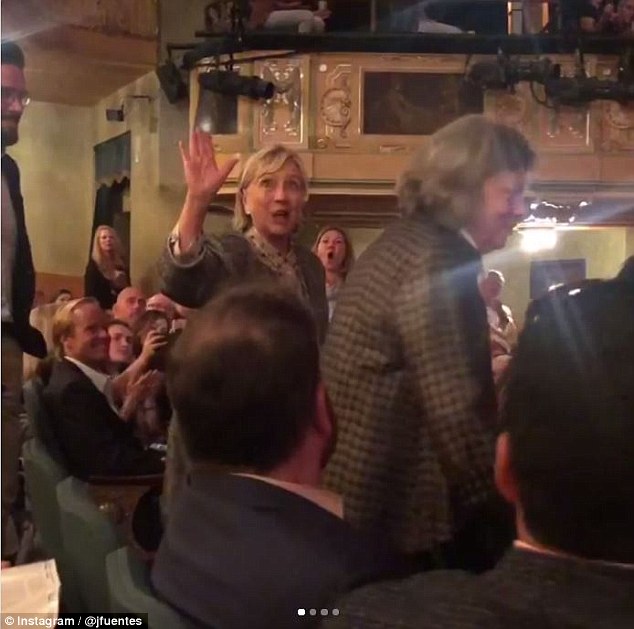 The theater filled with cheers and applause when Clinton entered and took her seat, with one fan shouting: ‘You can still be 46!’

‘Vote!’ Clinton told the cast, according Midler’s Instagram post. ‘Tell your friends to tell their families and friends in every state to register, and make sure they have not been purged from the rolls before they get there to cast their ballot!!’

A backstage photo shows Clinton laughing with Midler and sporting a bright red mark of lipstick on her right cheek, apparently from Midler’s warm greeting.

At curtain call, the audience’s applause seemed as much for Clinton as the show’s award winning cast, as the former candidate was quickly ushered from the theater by aides.

‘OMG!! Bette and Hillary together have made my day and my night. What an amazing surprise!!’ CBS News political journalist Joe Stevens wrote on Instagram. 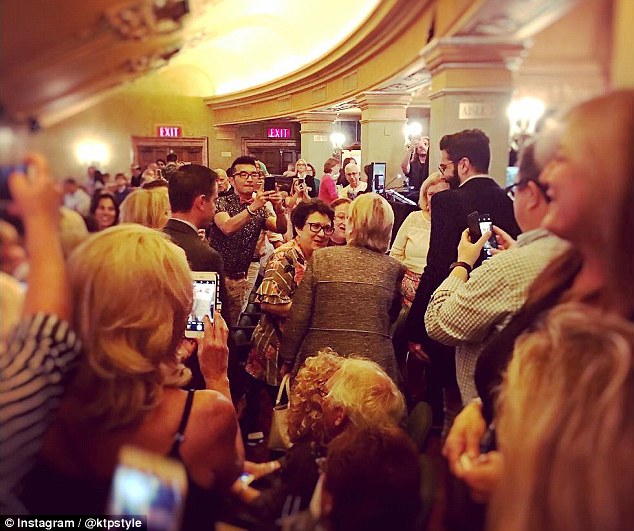 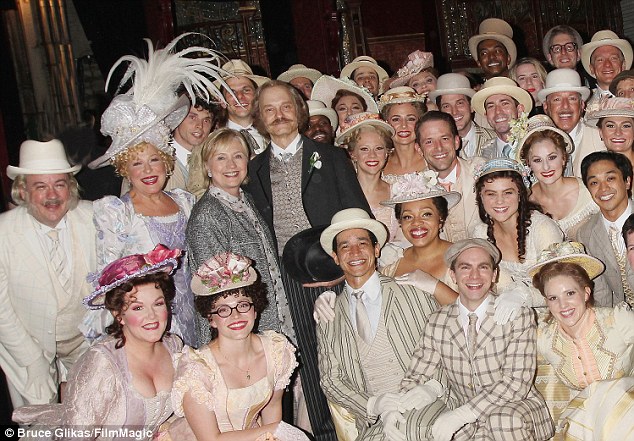 With the cast of the show, and gave them an impromptu speech urging voting 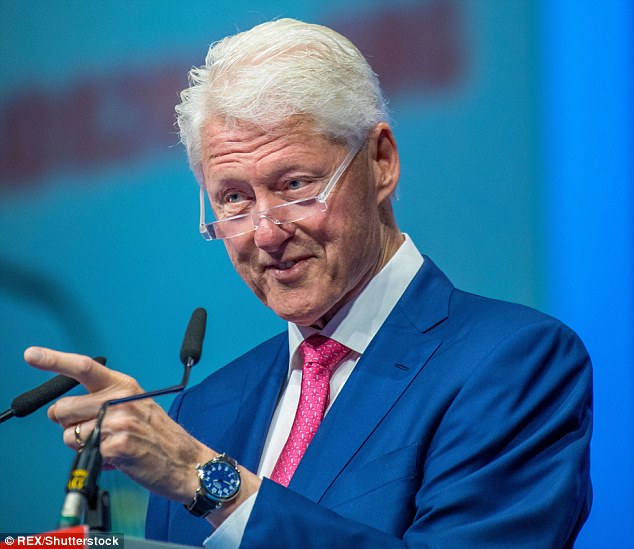 Husband Bill Clinton was not in attendance, but was spotted in Amsterdam on Friday (above)

Not in attendance was Bill Clinton, who was spotted in Amsterdam on Friday giving an address to the 22nd International AIDS Conference.

Starring in the widely hailed revival, Midler last year won a Tony for best actress in a musical.

Hello, Dolly! runs through August 25, with producers promising a strictly limited run and ‘no chance of extensions’.