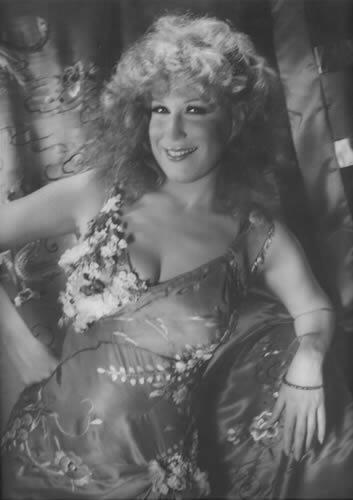 For me, the aging process has led to a clearer view of equality. After all, it has been the passion of my life for 42 years. Everywhere I travel, I’m in search of how our community is depicted. Unfortunately, I notice we are not always included. That is discrimination by censorship. And unfortunately, many of our national organizations get a failing grade on this subject. They don’t understand the seriousness of this censorship. Even GLAAD doesn’t know the history of the battle to end censorship in mainstream media. They must learn that our collective history is the building blocks for our future, and the justification of why our struggle for equality deserves to become a reality.
About two months ago, my nephew and I visited the new National Museum of American Jewish History in Philadelphia. The museum opened a little over a year ago with much fanfare. It was a spectacular debut with the likes of Barbra Streisand, Bette Midler, Steven Spielberg and Jerry Seinfeld. The museum not only covered the plight of the Jews in coming to the States, it showcased their religious and political views. It also highlights 12 people from the Jewish community who represent who Jews are and their contributions to American society.

It’s a shock and a failure on the part of the museum that we gay Jews do not exist. A total failure, and they should bow their heads in shame. That’s a tough statement, but as I went through the museum and saw how Jews dealt with the Revolutionary War, the Civil War, the fight for civil rights and women’s rights, it was obvious that something was missing. LGBT. In fact, I didn’t find those four letters anywhere in the museum.

Here’s the rub. Many of the most prominent pioneers of the LGBT community were Jewish; perhaps the most well known, Harvey Milk, does not even get a mention. In fact, in what might look like a backhanded insult to the LGBT community, there are two gay men in the museum’s Hall of Fame gallery – Stephen Sondheim and Leonard Bernstein – who are both closeted thanks to the museum, as neither of their displayed bios mentions it.

Not only is this discrimination by censorship, it reminds me of a time when, in the Jewish tradition, if you discovered something about a member of the family that was shameful, you didn’t talk about it. Does the museum find LGBT shameful? This becomes somewhat personal for me since, in my family, one of my cousins was one of “those individuals.” At the tender age of 16, my cousin Norman was asked to leave his home. As a child on the streets in the 1950s, he was homeless and had a life of drugs and alcohol. And growing up, we children occasionally heard his name and asked about him. We were told we don’t talk about cousin Norman. Imagine growing up, knowing you’re gay, and discovering the real story of cousin Norman. How do you tell your parents? Do you worry about what the rest of the family will think? Does it sound like the 1950s? That is what the NMAJH has done. On behalf of my cousin Norman, shame on you!