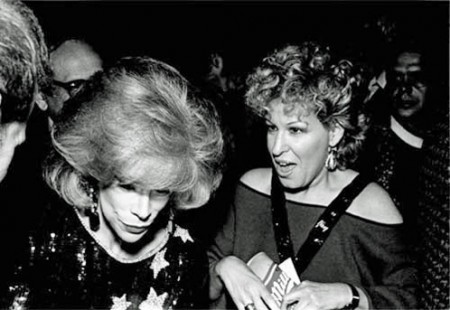 Joan Rivers, who’s been trying to snare a big-screen project for years, says. “I’m now’ waiting for Bette Midler to retire and then I’ll get all her parts.”

To hear the comedienne/talk show hostess tell it. “I get all the scripts with Bette’s fingerprints on them. She was right to rejectthem – I did. too.”

Rivers has given up on ever getting “Star Ladies” off the ground. She wrote the comedy/mystery — about four old-time movie queens vying for the same role – as a feature film vehicle for herself, Angie Dickinson, Kim Novak and Debbie Reynolds, but failed to sell it to a big screen studio. She finally got it into development as an ABC Movie of the Week, but now says. “They couldn’t get the four of us together at the same time.”