Bette Midler was tweeting her despair over London’s latest terror attack when she accidentally set off a gender war.

The star wrote: “More sorrow and grief at the hands of madmen in London. Men and religion are worthless.”

While she very likely meant ‘men of religion’, that was not how many men took it, with plenty replying to set her straight on the value of men.

More sorrow and grief at the hands of madmen in London. Men and religion are worthless.

@BetteMidler Cheers for that. You can remove me as a (useless) male fan then. Women ALSO commit atrocities too you know. Google Myra Hindley & Rose West

More sorrow and grief at the hands of madmen in London. Men and religion are worthless.

@BetteMidler What a stupid thing to say. Men were saving people last night. Shame on you for writing something so flippant.

@BetteMidler Does that include us veterans?

@exjon @BetteMidler It shouldn’t include every man or every religion. That’s a broad generalization that actually upsets me a lot. I love the men in my life.

@BetteMidler When did men become worthless?

@BetteMidler That’s a slap in the face to the men that fight to keep our country safe. (Women do too)

But Bette wasn’t the only celebrity copping social media fire for their take on the London tragedy. Will I Am, the singer from the Black Eyed Peas, was mocked on Twitter for apparently confusing Manchester with London during his performance at the One Love concert in Manchester on Saturday night in honour of the victims of the suicide bombing in the northern city earlier this month.

Does Will I Am think Manchester is IN London????!

And US President Donald Trump was copping it for taking out of context a tweet by London Mayor Sadiq Kahn after the London attack. 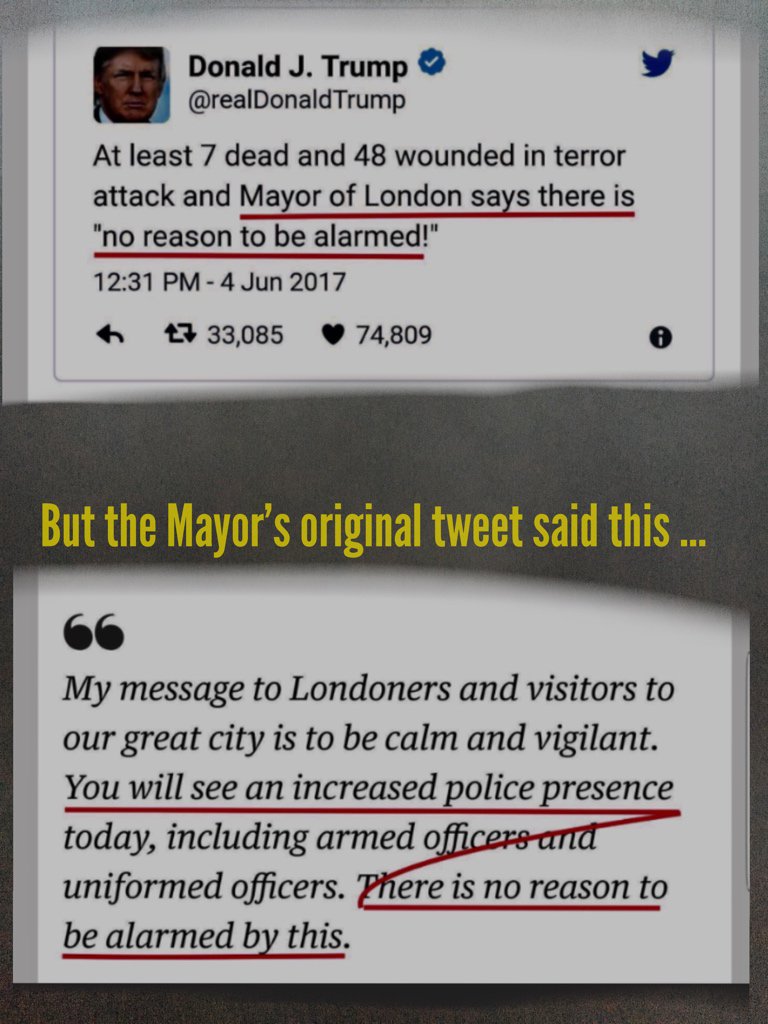 Although Khan declined to respond to Trump, saying he had better things to do, it’s not the first time the US president and his family appear to have deliberately misused Khan’s words.

It’s called ‘leadership’, Donald. The terrorists were dead 8 minutes after police got the call. If we need an alarmist blowhard, we’ll call. https://twitter.com/realDonaldTrump/status/871328428963901440 …