Bette Midler is all set to feature in this month’s restaging of Hello, Dolly!, the famous 1964 Broadway musical that was previously remade into a 1969 Hollywood movie of the same name.

The musical follows the story of Dolly Levi, a widow and matchmaker who falls in love for a rich man while helping him to get married. The plot focuses on the efforts that Dolly takes to overcome the challenges in winning her newfound love.

Bette Midler has admitted that she is excited to play the lead role of Dolly Levi, that was previously played by actress Carol Channing in the original Broadway musical. Barbra Streisand played the pivotal role in the film version of the musical that went on to win three Academy Awards for its music, production design, and sound mixing.

David Hyde Pierce will be Midler’s co-star in the play, portraying the role of Dolly’s love interest. According to The Daily Beast, Bette Midler’s powerful voice and strong character will perfectly do justice to the character of Dolly Levi, and the revival will be a wonderful opportunity for audiences to relive the magic of the Broadway musical in its new form. 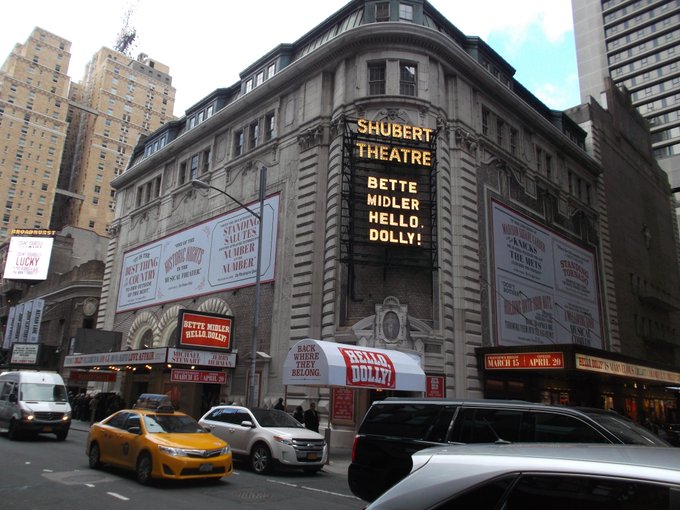 Bette Midler’s upcoming Broadway musical is directed by Jerry Zaks and it will be staged in Broadway’s Shubert Theatre from March 15, with the show opening on April 20.

ET Online reported that Bette Midler will play the iconic role in seven shows a week from its opening night on April 20 until June 13, at which point an eighth show on Tuesday will be added to the schedule, with Tony award winning actress Donna Murphy taking over Midler’s role for the additional eighth show each week.

Murphy was quick to point out that she is not Bette Midler’s understudy, but rather is the Hocus Pocus actress’s “Tuesday-night alternate.”

Bette Midler is both a talented actress and a gifted singer, who has been a recipient of a number of awards including Grammy awards, Emmy awards, Golden Globe awards, and Tony awards. Back in 1979, Bette Midler received widespread acclaim for her acting and singing skills when she had played the role of drugged-out rock star who lived a tumultuous life in The Rose.

By all accounts, Midler’s performance was loud and thundering in the movie that was loosely based on the life of Janis Joplin. Bette Midler is not only capable of singing loud rock songs but also soft romantic ballads like “From a Distance,” “Wind Beneath My Wings,” “The Rose,” and “In My Life.”

Despite being a veteran actress and singer, Bette Midler realizes that she has to shoulder the huge responsibility of doing justice to the role that was popularized by the legendary Carol Channing. According to Jewish Business News, the actress spoke about how impressed she was with Carol Channing’s inspiring personality.

“Even at 75, she was absolutely extraordinary. I met her couple of months ago and fell in love. She’s a real light in the world. It’s very big shoes to fill.”

Bette Midler believes that audiences will find the revival to be a ray of hope in a world whose citizens are continuously upset by news of violence and terrorism. Indeed, it is the lightheartedness of the musical and its fabulous songs that have made the play unforgettable and as popular as ever.

Realizing that she may never be able to emulate the charm and charisma of Carol Channing, Bette Midler is committed to playing the role in her own unique way. According to Time magazine, the iconic actress revealed that she will only be able to do justice to the prestigious role if she makes it her own.

“Make it your own. That’s what everyone I talked to said. You can’t do somebody else’s version of it. It’s a tall order. It’s wonderfully constructed. It’s this exquisite little jewel box, like a watch–so finely tuned, and every little piece works.”