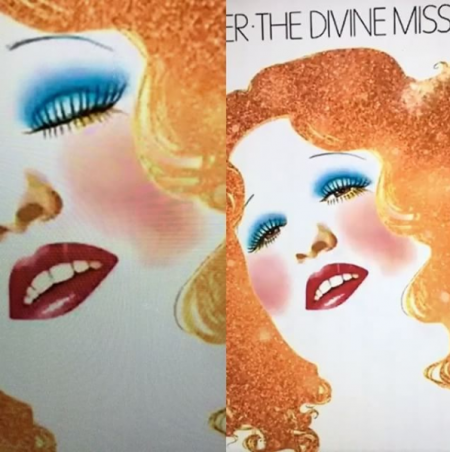 Midler’s mastery of the platform comes with some bite, but that’s a good thing.

Maybe the reigning queen of Twitter isn’t some young thing with a reality-TV pedigree or a brand that’s reached the apex of hashtag mastery. Maybe the platform’s greatest artiste is one Bette Midler. The singer, actress, comedian, and wordsmith recently discussed her philosophy about the social platform with People. She said, “I look at it as entertainment. I don’t take it seriously. It’s easier to write a thought in 140 characters than it is to waffle on for acres and acres and acres of words. If it amuses a few people a couple times a day, great. They shouldn’t look for anything more than that.”

Don’t take the joke too seriously, Midler seems to be saying, potentially referring to her small Twitter skirmish with Kim Kardashian West from earlier this year. It may feel like ages and ages ago since this particular shakeup rippled through the Kardashian universe. The tweet exchange in question occurred well before the Paris robbery or the Taylor Swift Snapchat K.O., nearly two Yeezy seasons ago, and before her son, Saint West, even made his first public appearance. Back in a far away time known as March, Kardashian West tweeted a nude mirror selfie (with black bars across the body parts likely to offend). Many people, one of whom was Midler, responded with their thoughts.

“Kim Kardashian tweeted a nude selfie today. If Kim wants us to see a part of her we’ve never seen, she’s gonna have to swallow the camera,” she quipped. It was a little dart in the side of culture. It’s a touch shame-y, but not in an exhaustingly moralistic or boring way. Kardashian West’s comeback came in two parts. First, she addressed Midler directly and said, “I know it’s past your bedtime but if you’re still up and reading this send nudes,” followed by, “I really didn’t want to bring up how you sent me a gift awhile back trying to be a fake friend then come at me.”

Midler responded in kind, saying, “@KimKardashian wants me to send her my nudes! I’ll send them right over but the lighting’s bad right now since she threw all that shade!”

Another one of Bette’s Barbs that really struck a chord was to Justin Bieber’s father, who said lewd things about his son’s penis when nude photos of Bieber were leaked to the press (twice). She wrote, “[Justin Bieber’s] dad tweeted he’s proud of his son’s penis size. I think the biggest d– in this situation is the dad who abandoned his son.”

Sometimes you just have to enjoy sick Twitter burns in spite of the sting, like an extra-dry wine or Midler’s Hocus Pocus character. The medium is, as Midler suggests, for small jokes made in good fun.